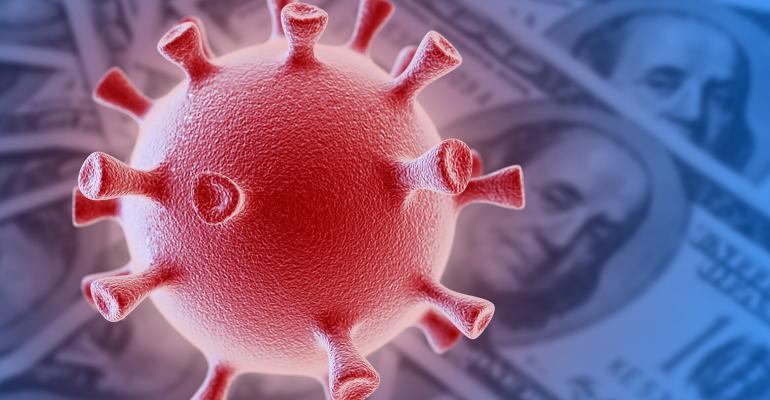 Your clients have a number of options.

The interest rates on loans, including bonds, are at an unbelievable low due to the global pandemic. This will affect your client’s existing policies.

Below, I break out general account products (whole life [WL] and universal life [UL]) as one category and indexed universal life (IUL) as the other. I then suggest what can be done now to make sure your clients have reasonable expectations and what changes they can make in funding the policies to assure coverage at death. Regardless of the type of policy your clients have, they should get an annual in-force policy illustration to track actual performance.

WL and UL (not variable or indexed). These are called “general account products” because their performance is based on the performance of the insurance companies’ investments. Almost every general account product uses the portfolio method to determine dividends and crediting rates. Most of a life insurance company’s (80% or more) assets are invested in mortgages and bonds. They own a portfolio of them, acquired at different times at interest rates available at those times. Those assets are redeemed at different times. For example, a bond purchased in 2013 matures in 2020. When the bond matures, the insurance company has to reinvest that money. Since rates were higher in 2013, the replacement investments will be at lower rates. That reduces the overall return on the portfolio.

As the earnings of the insurance company go down, what it pays in dividends on WL policies or credit as interest on a UL policy will also go down. Because a portfolio’s return will continue to go down, even in the initial phase of rising interest rates, your client may still see the crediting rate go down. The same is true when rates go up. If they’ve been up for a number of years, the insurance company’s dividends or crediting rate will continue to go up, even in the initial phase of lowering rates. In effect, what the insurance company earns on its portfolio lags behind current interest rates.

IUL. IUL performance is affected in two ways resulting in lower cap rates, the maximum rate the insurance company will credit for a specific index, even if the index is higher; and higher spreads, the deduction from the return that the insurance company takes when there’s no cap on the gain of the index. For example, if the cap rate is 9%, and the S&P 500 Index goes up by more than 9%, only 9% will be credited to the policy. Also, if there’s a 6% spread and a 9% return, the policy will be credited with 3%.

Because every one of these products has a floor rate, usually 0%, if the index goes below that floor rate, the client’s account isn’t reduced by the negative return. Costs associated with the policy will still come out, so a 0% floor doesn’t mean that the account value can’t go down. To make good on that guaranteed floor, the insurance company has to set aside the majority of the premiums, net of expenses and cost of insurance. When a previous bucket (called a segment) matures, the same thing holds true. For example, if a policy has a 0% floor and the insurance company’s portfolio earns 5%, to guarantee the client’s account won’t have a negative return if the underlying index is negative, a little more than 95% of the premium not necessary to cover loads and insurance charges is held by the insurance company in their general account.

To prevent losses to the insurance company if the index goes up, the company hedges by going to the marketplace and buying a variety of options (derivatives) with that 5%. What the company pays and what it gets will determine what the cap rate will be. Following our example, if the company hedges a 9% increase in the index, it will set the cap rate at 9%. In the case of a spread in which the insurance company gets a certain percent of the index growth, it may be able to hedge so that the first 6% of increase goes to the company and whatever is left goes to the client.

In times of lowering interest rates, the insurance company has less money available to guarantee the 0% return. That means it has less money to hedge, which means the cap rate will go down, and the spread will go up. A 9% cap rate might go to 8.5%, which I’ve currently seen. The spread rate might go from 6% to 7%, which I’ve also seen. Because the insurance company buys options once a month, the rates can also change monthly, but only for the previously mentioned new money and matured segments.

There’s another factor that affects the rates offered—the cost of the hedge. Options are priced using a model that takes into account volatility. As we’ve seen, the stock markets and their indexes are very volatile due to Covid-19 and its effect on the economy. That may cause the price of the options to increase. If so, the insurance companies will get less bang for the buck. This also can decrease cap rates and increase spreads.

it means a scale of nonguaranteed elements currently being illustrated that’s not more favorable to the policy owner than the lesser of:

(1)  The disciplined current scale; or

All new and in-force illustrations must have: “A statement containing in substance the following: ‘This illustration assumes that the currently illustrated nonguaranteed elements will continue unchanged for all years shown. This is not likely to occur, and actual results may be more or less favorable than those shown.'”

In actual practice, other than for variable or IUL policies, the typical insurance company illustration shows projections based on current assumptions. They don’t take into account what will happen as previously described.

What Your Clients Can Do Now

For WL and general account UL, suggest that your clients get in-force illustrations using assumptions lower than what’s being shown currently. For IUL, the NAIC adopted Actuarial Guideline 49 (AG 49) on Aug. 16, 2015, which prescribes the maximum illustrated rate an insurance company can use for any of its crediting strategies. I suggest that your clients use a lower rate than the maximum allowed when getting illustrations. Currently, I would use no more than 5%. Those illustrations will almost always show a policy projected to preform worse than was originally projected, including even if the maximum rate allowed under AG 49 is used.

With that information in hand, your clients have options. If they see that the policy may lapse before they’re likely to die, they can increase the funding. They can do nothing and hope positive events in the future will bring the policy back—but I wouldn’t recommend that. Because the time horizon grows shorter, as your clients get older, future performance will have less of an effect on policy performance. If clients do increase funding now and things improve, annual reviews may show that they can scale back.

If they don’t think they’ll be able to afford or want to pay the policy premiums going forward, they can: (1) see if the beneficiary is willing to help pay premiums. This can be done through split-dollar loan arrangements; (2) borrow money from a commercial lender to pay future premiums. Current interest rates for these loans are attractive. If there’s enough cash value in the policy, your clients may not have to post any personal collateral. They can pay just the interest on the loan instead of the premium. They also may be able to arrange with a lender to accrue interest so that they have nothing out of pocket. In a way, clients are arbitraging the loan interest rate against the return they get on invested assets; (3) cash the policy in. Before doing that, clients should check to see if the policy qualifies to be sold in the life settlement market. When a policy is salable, clients will realize more than the cash surrender value. Sometimes they can even negotiate to retain some of the death benefit on a paid-up basis.

Although existing guaranteed universal life (GUL) policies aren’t affected by the current interest environment, they have other potential problems. These are policies that are very similar to term insurance. Although there may be some cash value, eventually that will disappear. GUL policies can be guaranteed for whatever time period the client wishes, including until age 121. The question arises that if a shorter guarantee period was selected, is it likely that the client will outlive the policy? With some policies, if premiums are paid before the premium due date, that may void or negatively change the guarantee period. Insurance companies are aware of the problem and have tried to rectify it. If a client misses a premium payment or pays a premium late, the guarantee period will decrease. Other policy changes such as decreasing the death benefit may have an effect. It’s always important to get in-force illustrations of these policies because something may have already happened to adversely affect the guarantees. The same applies to UL policies with partial guarantees—that is, guarantees for a limited amount of time. In those policies after the guarantee period is over, actual policy performance will determine whether a policy continues to stay in force as was previously described. An in-force illustration will show whether any of those problems exist.