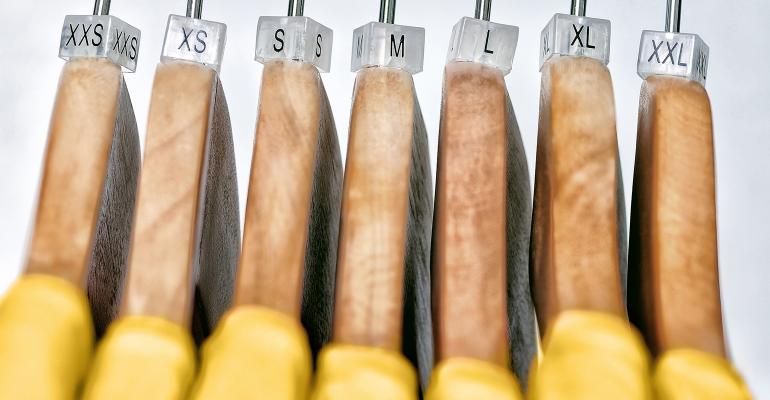 How Do Professional Group Term Contracts Stack Up?

They may not be best for the 40-and-over crowd.

If you’re an estate-planning or other professional, chances are you’ve looked at group term rates through a professional association. For example, many CPAs have their term insurance through the American Institute of CPAs (AICPA), which has served many people well over the years. However, I like to say that there’s a difference between having something done and having it done in the best way possible.

What do I mean? I’ve spent a lot of time reviewing fellow professionals’ various association term (ATerm) programs, and I’ve come to some conclusions. While it may make sense to get your insurance through a group, if you’re a reasonably healthy individual, you’re much better served going to the market, being underwritten and owning your own contract.

The Appeal of Groups

I’ll focus on the AICPA program, as it’s what I run across most frequently. Some of the appeal of ATerm policies is the lack of a medical exam. Some people are needle-phobic or some don’t want to hassle with it. It’s also convenient that an envelope shows up in your mailbox, and you don’t have to deal with a salesperson or even leave your house to complete the process. You may go for it because you know or believe you can’t qualify for individually underwritten coverage. There are health questions, but they’re much more liberal than an exam. Depending on age, there may be multiple classes. The CPA program has two different levels of non-med contracts, and a more competitive level if you’re amenable to an exam and qualify.

What do we know about “group” anything? Generally, it’s about making it easy to participate and spreading the risk.  Group coverage is simply not competitive across the board because the healthy individuals are subsidizing the less healthy individuals. If you’re a diehard socialist and don’t mind paying more for the coverage of an unhealthy person you don’t know, there’s nothing preventing you from doing so. I’m sure you are also making the car payments for a Cadillac while you drive a Chevy. I find that almost everyone thinks that the group they belong to is inherently healthier than other groups, so the rates must be very competitive. Well, they’re wrong. My dad was a member of an association of physicists and thought the same thing. I’m not discounting the value of this. In fact, if it’s what got him coverage to protect his family, it was a great service and value.

Back to socialism. If the healthy have to support the unhealthy, then the healthy have to pay more than they otherwise would have. It’s the way it works. If you can carve yourself out of the herd and qualify for better, then that’s your right, and you’ll be rewarded for doing so. This is no different from buying merchandise on sale, using coupons for groceries or comparing contractors when you need a new roof.

Let’s talk about the numbers.  First, group coverage is a good deal if: (1) you’re unhealthy but can qualify for the association coverage, or (2) you’re very young or youngish and want coverage for a short period. There, we covered it.

Outside of that, you’re flushing money down the crapper. Most association programs charge you a higher rate and then offer a refund at the end of the year based on experience so checks are passing in the mail. For CPAs and their spouses, depending on age, the refunds ranged from 36 percent to 55 percent in 2016.  For the life of me, I haven’t been able to figure out why they need to charge twice as much only to send back half of it.  Is there any likely scenario in which so many CPAs would die in a given year to drive claims up that much?  I’m not sure if the national CPA convention is a terrorist target but that might be a contingency.  Maybe they’re counting on making money on the float.

While other term plans are available, a vast majority of plans I see are for the program with 5-year premium steps.  This means every five years, your premium increases.  I tend to get calls from people whose current age ends in a four or a nine when they see the pending increase.

For purposes of comparing numbers, I’m going to only quote net numbers, after refund (actual 2016 refunds) for ATerm coverage.  I’m also assuming preferred non-smoker for individually underwritten policies.  This is the second best level of underwriting and obtainable by many people.  Also, all numbers are for $1 million of coverage.  Finally, I’m just quoting male rates for now.  Female rates follow the same trend.

In the accompanying table, you can see that for a 30-year-old individual, a 10 or even 20-year term is very inexpensive though for a 30-year duration, the last 10 years of ATerm are more expensive with the last five being double the premium of ITerm.

Interestingly, with ATerm, there’s no preferred or underwritten option while there is with ITerm.  ITerm at better rates, which are reasonably obtainable, lowers the ITerm rate by a couple hundred dollars a year.

Looking at a 40 year old, you can really start seeing the divergence for 20-year term, and with a 30-year term, the difference is off the charts.

For a 50 year old, ATerm isn’t even an attractive option if there’s a 10-year need, and it gets worse for a longer term.

For a 60 year old, the numbers fall apart laughably.

Now you see why 44, 49, 54, 59, 64 and 69 year olds start calling to look at options.  It’s difficult to accept the “social good” of socialized life insurance when the premiums start unnecessarily emptying your pockets.

There are coverage limitations on ATerm.

ATerm coverage is portable only if you maintain AICPA membership.

The AICPA plan doesn’t even allow you to convert without terminating membership in the AICPA (per conversations with AICPA representatives).  If it came to that, and you needed to convert, the only option is conversion to some archaic policy kept on the shelves for the only purpose of hosing people who are backed into a corner and have no other option.  (In the insurance company’s defense, this is the necessary result to cover people long term who didn’t have to get out of bed to qualify for their coverage.)  No one in their right mind would ever go to the market and choose the policy the insurance carrier offers for conversion.  By the way, the carrier offering the AICPA coverage also has an entire portfolio of competitive, modern products available, but you’re excluded.

Let’s say a 60 year old comes to the conclusion he needs to convert his $ million of term to a permanent product.  An individually underwritten lifetime guaranteed premium and death benefit policy may be available for as low as $15,000/year while the association conversion would be about $40,000/year.  For a 40 year old, the numbers might be $5,000 vs. $15,000.  Why put yourself in that position?

For the very young participants and the youngish with short-term needs, the numbers alone may look appealing.  A20--year term and longer for a 40 year old and up and a 10- year term and longer for a 50 year old and up seem to be where the ATerm tends to get very costly.  Layer in the aforementioned contractual features, and it could be argued the Aterm is never a good idea if you’re otherwise insurable at decent rates but I’m sure many will disagree with me.  For some, it will be an attractive temptation to purchase the low cost ATerm when the rates are beneficial and then go to the market for competitive ITerm when they become the more attractive option.  However, a certain percentage of participants won’t be able to do so at that point and will be locked into quickly and dramatically escalating rates.  This is another reason the young and short-term rates can be competitive.  The actuaries know that a given group of participants will be forced to pay above market rates when their insurability changes, which is why the plan locks them in.  It’s a bit diabolical.

Looking at what it costs for ATerm on professionals in their 20s and 30s, when ATerm has only one class into which every participant is placed, relative to individually underwritten term even at the very best class, not only are the healthy subsidizing the less healthy, but also, the older are subsidizing the younger.  My guess is that the very low non-medical rates offered through the association on the younger professionals are artificially low to lure in participants who will then pay obscene rates later like the proverbial frog slowly boiling.