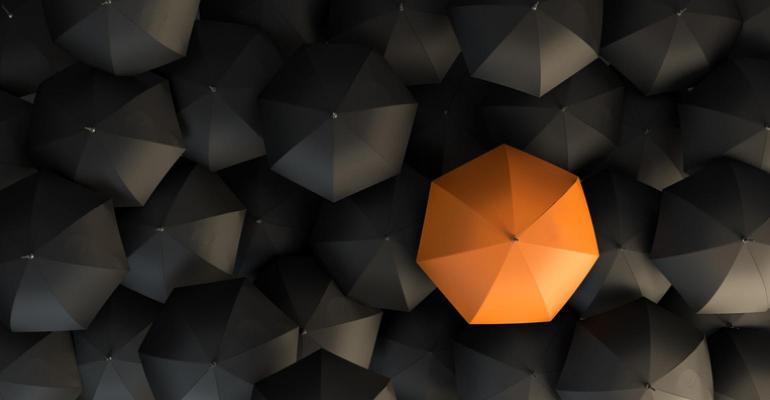 The biggest sign to look for is if someone has, or is looking at, a premium financed life insurance transaction in the first place.

An attorney recently asked me to offer some red flags to look for regarding premium financing.  Here’s my reply.

I’ll start with a somewhat facetious comment.  The biggest red flag I look for is if someone has, or is looking at, a premium financed life insurance transaction.  In a sense, that’s a joke but it’s also true.  The problem is, you can’t really do anything with it.

The older a transaction, the more in jeopardy it may be because the further back you go, the higher the crediting assumption that was likely used and the further it’s fallen.  A transaction can’t be supported at 5% what might have been projected at 7% or 8%.

Don’t assume it’s only premium financing built on indexed universal life (IUL) products that are facing issues.  For a while, every premium finance deal that hit my desk was a mutual whole life policy.  The dividend rate on those policies has come down just like everything else, and the numbers aren’t working.  Remember, the name on the paper is irrelevant when parsing the numbers.

Premium financing can be effective for those who are earning a significant rate of return on their business, investment and/or real estate assets.  The analysis should be based on the spread between returns on those assets and borrowing rates and not the spread between supposed policy crediting and borrowing rates.  However, every case I’ve seen is based on the latter, and those likely won’t work as expected.

Anyone who believes their life insurance policy is actually earning the dividend rate or projected crediting rate stated on the illustration may be in for a surprise.  In most situations, it’s the gross crediting rate that’s touted, and it’s the spread between this rate and the borrowing rate that’s considered the arbitrage.  In fact, the policy is likely earning a negative return on premium to cash value for years (thus the need for the outside collateral) and never ends up earning the stated rate and often not even within a couple hundred basis points.  The real spread, when and if it actually exists, is much smaller than generally understood.

Another criterion for being a decent premium financing candidate is the actual need for life insurance.  If the transaction was put in place simply because it was an opportunity, it should be more closely vetted.  In my experience, transactions founded on the premise of free or discounted insurance are generally starting out with one foot on a banana peel.

An additional point is that a client should be able to pay the premiums out of  pocket but decides not to in favor of premium financing because it makes economic sense and they can understand and accept the risk.  If this isn’t the case, it should be inspected much more closely.

No client should take the leap if they don’t have enough money available to buy themselves out of trouble if/when things go wrong.  If not, examine the deal much more closely because failure will be much more painful. (I’ve witnessed the pain!)

While the concept and particulars of premium financing is very misunderstood in the market, in my opinion, the bigger issue is the underlying policy.  IUL policies are so complicated that fundamentally all clients, most advisors, and even many agents, have no idea how it actually works.

There are a number of issues that you or your clients can’t really know until we get our hands on some documents and are able to review them:

- If the original projections were run at maximum crediting, like most that I see, the program is more suspect.

- If the policy assumes participating loans, then it was built more aggressively than the policy owner likely understood.

- If the original commercial loan is paid back from policy loans rather than policy withdrawals, the transaction is incorporating dramatically more risk than likely understood.

- If the original projections showed marginal cash value at age 100 or beyond, the policy is much more likely to falter.

- For those transactions built to provide supplemental retirement income, rather than simply death benefit, clients will likely be more disappointed.

This is a start, and I’ll circle back to my original, partially facetious comment; the primary red flag is if they have a premium financed transaction.  Because it’s either backed by a whole life or indexed product, it definitionally is crediting less than it was originally projecting and is therefore suspect.  Some will fail, and the ones that don’t won’t provide the originally projected benefits.

Here’s something that often brings things into focus: Do you realize that it’s possible that the policy could fail with no supplemental income or death benefit paid, all of the premium and loan interest lost, outside collateral forfeited and a multimillion dollar tax bill due on phantom income?  This means that not only can a participant lose everything paid in or put up as collateral, but also they could end up writing a check to the Internal Revenue Service for something that never came to them.  Yes, they could end up deep in a hole with nothing to show for it.  If everyone doesn’t realize that, Mr. Client/Ms. Advisor, we need to talk soon.

Always come back to what many consider the criteria for a true premium finance candidate:

If enough of these points are checked off, then even an underperforming transaction won’t spell doom or might even still be a good one.  If initial decisions were based on appropriate parameters, then even if loan repayment isn’t supportable by policy performance, bigger picture economics may still support the plan.

Bill Boersma is a CLU, AEP and LIC. More information can be found at www.OC-LIC.com, www.BillBoersmaOnLifeInsurance.info. Call 616-456-1000 or email at [email protected].