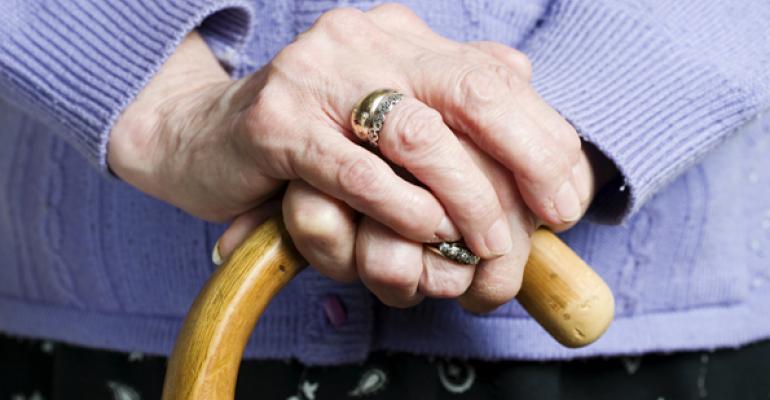 Three rules to remember for layering in a basic level of protections for your clients.

While there’s likely no way to ultimately ensure your clients won’t be victims of fraud, there are a few things to be done that may help prevent it, as well as assist in recovery efforts if they’re victims.

As usual, I get to thinking about this when a fraud case crosses my desk, which seems to be more often as I’m gaining a reputation for finding solutions. Recently, an advisor brought me a case in which a woman in her mid 70s fell victim to fraud by an agent. I won’t dive into the details; while on the surface it may appear to be a he said/she said situation, the facts of the case led me to clearly understand otherwise.

Without even hearing the other side of the story, I can be reasonably assured this woman is stating the truth based on the recounting of her goals, what she purportedly told the agent, what the agent said he would do, evidence of what he really did and my observation of behavior in the market for 25 years. After all, how often does one take a lifetime guaranteed whole life product and exchange it into a rated contract built to zero out in five years when the woman would be 80 years old? Lie was stacked upon lie until the entire thing collapsed.

Of course, by then the agent was long gone. I’m the first to understand a carrier can’t roll over on every complaint as everyone who was ever dissatisfied with the performance of their product or plan would go back and claim fraud or that it was an unsuitable transaction. However, I continue to be somewhat surprised at how hard some carriers are willing to fight what appear to be obvious cases, even with documentation.

The first line of defense of too many carriers is to stall or ignore and hope it goes away. I’m sure this is the first step because it’s likely very successful. The second line of defense is to pull out paperwork and produce the client’s signatures. This is one of the absurdities of regulation. In the name of “consumer protectionism,” paperwork and legalese are almost always constructed in a manner to protect the company, not the client, and the volume of it greatly serves to confound rather than to clarify.

Clients will usually sign whatever the agent puts in front of them and rarely look at it. Reasonable? Yes and no. Take for example, I have a real estate closing this week, and I know an enormous stack of paper requiring dozens of signatures will be put in front of me. Many of them are required only post-meltdown in the name of consumer protection while anyone with a brain understands this only makes it worse. If I tell them I want to read what I’m signing, they’ll likely laugh out loud and say, “not today you’re not!”

The case at hand is so egregious that I can’t even imagine how it got by compliance. Someone was clearly sleeping at the switch, or the agent twisted himself in knots lying about it to get it through. I’ve had legitimate cases created and approved by an entire team of advisors that a carrier wouldn’t approve because company lawyers were too afraid of the infinitesimal chance that someone might argue it wasn’t in the best interest of someone if the worst case scenario played out.

Knowing that there will always be some bad apples, here are my rules for layering in a basic level of protections for your clients.

No. 1: When in doubt, write it out. Always put everything writing. I don’t care how innocuous the question might be, especially if it has to do with how the product or transaction at hand works or it’s risk parameters. Ask it through an email. My easiest wins are due to documentation.

I hear people say things all the time they would never put in writing. We’re probably all doing this ourselves at times, though we don’t have nefarious tendencies. Just the act of forcing things to be written out will often cause someone tempted to take a short cut or to outright bamboozle a client to think twice. Any bad guy is looking for an easy mark, and even those without criminal intent sometimes need to have their feet held to the fire. The most righteous of us behave differently when we know we’re being watched.

No. 2: What the heck, try Broker Check. Many, if not most, insurance agents nowadays are securities-licensed, so go to www.finra.org to do a Broker Check. FINRA is a national organization and will cover your rep wherever he’s operating in the United States. If the agent isn’t securities-licensed, most states should have a way to check through the insurance commissioner for any complaints on file.

In this situation, I quickly got on the FINRA website while on the phone with the advisor. Voilà! Multiple disclosures. Starting with misconduct in public office and a felony conviction with jail time back in the 1980s; we then move to more than one state with insurance actions against him in the 1990s to securities violations in the 2000s—multiple letters of complaint, unsuitable transactions, inappropriate replacements, forging client signatures, allowed to resign by one firm and then after moving to another suspended from the industry—settlements, fines, disgorgement.

Of course, I knew where to go and how to do it, but I timed how long it took me to sit down at my computer, enter the website, enter his name and see the results. Twenty seconds flat!  Let’s say it takes you or your client even five minutes to figure it out, that’s not much effort to potentially be saved from a world of hurt.

As I wrote about last year, the biggest fraud case that I’ve been involved in, where I got my client a seven figure settlement, the rep’s Broker Check to this day is as clean as a whistle. I managed to paint him in a corner and accomplish for my client what I was charged to do without ever filing suit. That never did set well with me. Revenge by protecting others would have made it more satisfying.

On the other hand, I refer business to someone who has two actions against him. But I know his history in detail and throughly understand the nature of the complaints: one was the result of doing the objectively best thing for a client and in the other he was collateral damage (sometimes companies can be vindictive). The point here is that Broker Check can’t be categorically relied upon one way or another, but it’s one tool to consider.

No. 3: You’re no minion, get a second opinion. Fee-based or otherwise, an arm’s-length, objective review can be invaluable. Depending on only the person who monetarily benefits from a transaction will pan out okay many times, but it won’t every time.

It’s not just about avoiding fraud. Many transactions range from okay to great, and an objective consultant who’s not in the business to simply kill commission deals, like some unfortunately are, can be invaluable. Your babysitter or nanny isn’t likely to abuse your children and most people you employ won’t steal your jewelry or embezzle, nor are they drug addicts or sexual predators. If you never did a background check, you’d get away without problems most of the time.

For this particular case, any one of the three rules above would’ve likely been effective, and all three together would’ve certainly quashed the deal in its tracks.