/sites/all/themes/penton_subtheme_wealthmanagement/images/logos/footer.png
Recent
Recent
Maddy Dychtwald – Women & Financial Wellness: Beyond the Bottom Line
May 24, 2022
Marriott Plans to Restart Share Buybacks on Rapid Hotel Recovery, CEO Says
May 24, 2022
The Search for Sustainable Investment Leaders
May 24, 2022
Nine Must Reads for the CRE Industry (May 25, 2022)
May 24, 2022
Featured
The 10 Best and 10 Worst States in Which to Retire in 2021
Jul 15, 2021
Poll: 15 Classic Books on Investing and the Markets
Apr 03, 2020
Fifteen Must-Listen Business Podcasts for Advisors
Aug 14, 2020
Celebrity Estates: Jay Leno and Planning for Classic Car Collections
Feb 22, 2022
Live Long ... and Prosper?
brought to you by 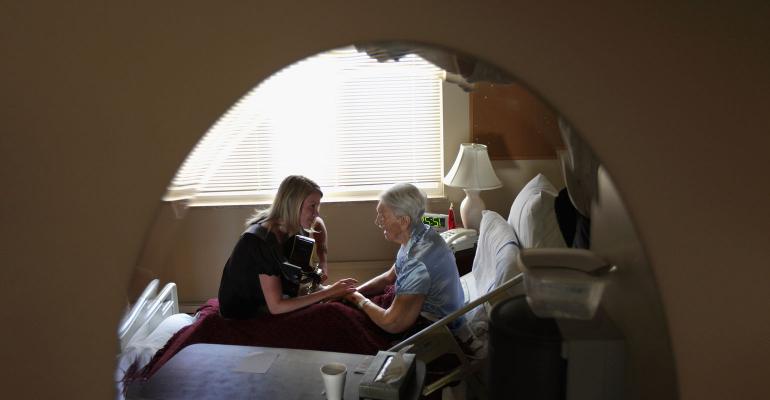 Getting Something Back from Long-Term Care Insurance

The traditional long-term care insurance business continues to struggle, and one of the biggest hurdles is what Dan Moisand calls the “get something back” objection.

That’s the pushback Moisand hears often from clients: spend thousands of dollars in long-term care insurance premiums will go down the drain if they never need to tap benefits. “I don’t know why it’s the case,” says Moisand, a planner with Moisand Fitzgerald Tamayo, a fee-only planning firm in Orlando, Florida. “Maybe the subject matter is so unpleasant that it elicits a different emotional response than other types of insurance, but it is a very real phenomenon—we hear it consistently from clients.”

That client pushback is a key driver of the emerging trend in the long-term care industry. Traditional LTCI policy sales have fallen 60 percent since 2012, according to LIMRA, an insurance industry research and consulting group. In 2016, 91,000 traditional LTCI policies were sold (the most recently available data).

Meanwhile, a newer option for insuring against long-term care risk is growing: life insurance policies that combine universal life insurance with long-term care protection. Life combination policies have been enjoying strong growth in recent years—256,000 were sold in 2016, up from just 86,000 as recently as 2012.

How substantial is the risk? Recent research by Rand Corp. concludes that 56 percent of people aged 57 to 61 will spend at least one night in a nursing home during their lifetimes. People in this age group run a 10 percent risk of spending three years or more in a nursing home, and a 5 percent chance of spending more than four years in one.

The big financial risk lies with those longer stays. The median annual cost of a private nursing home room this year is a bit over $8,000 per month, according to Genworth’s annual cost-of-care survey, and it’s far higher in some states ($9,700 per month in California, for example).

But none of the commercial insurance options are making a significant difference in meeting the huge unfunded need for long-term care protection. Overall, just 12 percent of people in their late 50s and early 60s have purchased coverage, according to Rand.

Meanwhile, the traditional LTCI market continues to decline. Insurance companies have had a tough time pricing risk accurately or profitably, which has led to repeated rate hikes on existing policies. Rate increases approved by regulators have averaged more than 20 percent annually in recent years, according to a study by the Society of Actuaries. Many carriers have simply stopped writing new policies.

“The companies in the market have determined that there is a lot of risk there,” says Karen Terry, assistant managing director of insurance product research at LIMRA.

Some experts think traditional LTCI could be entering a period of greater rate stability. The SOA study concludes that policies priced today are “significantly less likely to need future premium rate increase than any earlier product generation.” Reduced industry competition has given remaining carriers more pricing power and an increased understanding of risk. Currently, a 55-year-old man can buy a traditional long-term care insurance policy this year for $1,870, according to the American Association for Long-Term Care Insurance; a woman can buy the same policy for $2,965. A combined policy for a married couple would cost $3,000 annually.

Those annual premiums will get you three years of benefits with initial daily payments of $150 per day; the policy also is adjusted for inflation at 3 percent compounded annually.

Changes in policy design have made it easier to buy combo policies without a very large upfront payment. Lincoln Financial Group, one of the largest players in this market, now offers options with payments spread out over a number of years. That has helped push down the average age of buyers, the company reports.

Moisand isn’t a big fan of combo policies. He notes that the insurance carrier first covers expenses from the cash value in a policy before it taps other resources. “That makes it like a policy with a giant deductible,” he notes. The death benefit provided carries a fixed amount, minus any long-term claim paid out. “You wind up with a mediocre LTCI benefit, and a really poor life insurance benefit,” he says.

One exception, he notes, are clients who might benefit from a 1035 exchange. “Where I see a lot of interest in these policies is among clients who have universal life insurance policies or annuities that have a huge built-in ordinary tax liability on surrender. If they don’t need the death benefit, and they are interested in LTC protection, doing a hybrid policy can make sense.”