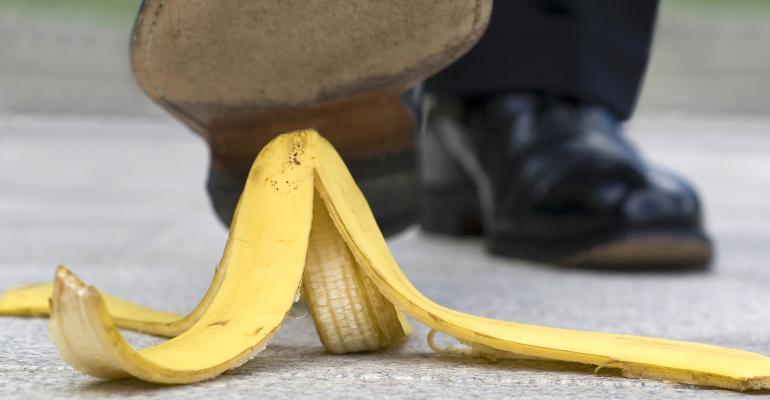 Between enduring the underwriting process, paying the premiums, and considering the prospect of one’s untimely demise, it’s no surprise that clients aren’t enthusiastic about discussing life insurance.

So it falls on you, their financial advisor, to not only broach the topic, but also ensure that the amount, type and duration of their life insurance coverage is right for them, and that they actually complete the process. Here are some of the life insurance errors made by clients that you can help them avoid.

They Don’t Buy It

According to a recent survey conducted by the website Bestow, 70 percent of American adults don’t have any life insurance. Even worse, the study said 75 percent of parents in the millennial generation don’t have any coverage. It’s egregious that so many moms and dads are leaving their children vulnerable to the financial damage inflicted by the loss of a parent’s income and support. But even those childless singles should consider purchasing a policy now, as it will likely be more expensive the longer they wait.

Several hundred thousand dollars can sound like a lot of money to those who don’t have much. But we know that it takes a lot more to replace a lost parent and the parent’s paycheck.

As a rule of thumb, families should have enough life insurance to cover current living expenses for as long as the children will depend on the parents, plus any higher education expenses.

If a family spends, say, $4,000 per month until a baby turns 21, that’s a million dollars from the child’s birth to adulthood—again, without including the cost of college.

They Buy the Wrong Kind

The premium cost of, say, a $1 million cash value life insurance policy will cause most young adults to react with shock and dismay, and they can’t be blamed for abandoning the process.

But those clients should usually consider more affordable term life insurance instead. According to Term4Sale.com, a healthy 30-year-old male can purchase a 25-year $1 million term life insurance policy for about $45 per month ($1.50 a day). A female of the same age can purchase the same policy for only $40 per month. Depending on the company and the clients, these rates are about one-tenth of what it would cost to purchase cash-value policies with the same death benefits.

They Buy It at the Wrong Place

Often the only life insurance coverage clients have has been either “given” to them as part of their employment, or they purchased it at work via group coverage.

Although some life insurance is better than none at all, this method is fraught with potential problems. First, the amount awarded to them by their employer is usually only one or two times their salaries—not enough for true financial security.

Second, group policies often require little or no health screening. That’s good news for employees with adverse health histories or conditions. But that means healthier insured participants end up subsidizing those who would otherwise pay more if the insurance were purchased on an individual basis.

Finally, if the client leaves her current employer, the employer-provided life insurance might not remain in place. Then she will be forced to obtain coverage on her own, which may be more expensive, or if her health deteriorates, may not be available at any price.

They Only Buy It on the Life of the Breadwinner

It’s understandable why clients would be hesitant to purchase life insurance on a stay-at-home parent, who doesn’t have any earned income. But a parent who doesn’t work outside of the house still has economic value. And if that parent dies, it will cost the surviving parent precious time, money and energy to replace the duties that parent provided.

Better yet, suitable life insurance proceeds on the stay-at-home parent’s life could give the working parent the option of quitting his job if he loses his spouse. This freedom will allow him to devote more time to caring for his children—when they will need it most.

Whether due to idealism or naiveté, most younger parents assume their children will be self-sufficient by the time the kids turn 22, and (in theory) graduate from college. Older parents know how unlikely that scenario is to occur.

Therefore, any term life insurance should be purchased so that it will still be in place until the youngest child reaches his mid-20s. And even then, if the family hasn’t been able to accumulate enough wealth, the proceeds could still be necessary to support a surviving empty-nester parent into retirement and beyond.

If younger clients are remiss in the amount of life insurance they have, they usually are even more lacking in proper estate planning. If the parents die while the children are young, those kids may get the estate and life insurance proceeds at the age of “adulthood” (usually 18 to 21, depending on the state). That amount of money could be disastrous to a parentless young adult. Instead, the parents should have a trust established to oversee their estate and assets until the children are old enough to handle the money wisely.

They Cancel It Too Soon

Whether the life insurance owned by older clients is term or cash value, once the kids are on their own and the clients are financially independent there is a temptation to cancel the policy, and stop paying premiums.

But, that could be a mistake, purely for financial reasons. A rule of thumb to decide if clients should keep a policy is to divide the death benefit by the remaining life expectancy (in years) of the insured. If that amount is greater than the annual cost of the premiums needed to maintain the coverage, it’s probably a good idea to keep paying the premiums. In fact, wise children who are the beneficiaries of the policy may even be motivated to pay the premiums themselves.

Kevin McKinley is principal/owner of McKinley Money LLC, an independent registered investment advisor. He is also the author of Make Your Kid a Millionaire – 11 Easy Ways Anyone Can Secure A Child’s Financial Future.