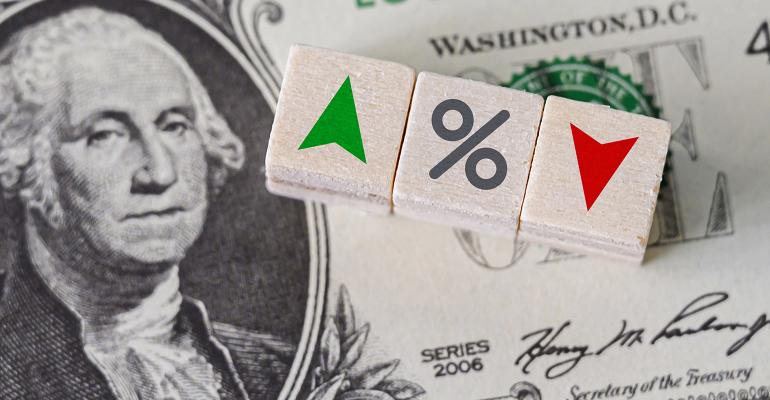 A Different Kind of Premium Financing

Concentrate on the spread between borrowing rates and opportunity cost of money.

In certain markets, premium financing is all the rage and has been for some time.  The basic pitch is that wealthy, sophisticated clients should borrow money at low rates to buy life insurance and let their money grow at a higher rate and over a number of years. The results of this spread or arbitrage can pay back the loan so they’re not out of pocket for the entire cost of the life insurance.

This is perfectly legitimate, but I also believe there’s right way and a wrong way to do it.  I’m not a fan of much of what I see in the market because I feel, or have proof in many situations, that it’s based on misrepresentation and a severe lack of understanding.  The disasters that end up on my desk are almost all based on the perceived spread between borrowing rates and life insurance policy crediting.  Unfortunately, in too many situations, this isn’t real or sustainable, and few consumers and advisors understand how it really works and the risks involved.

The real opportunity with premium financing is on the spread between borrowing rates and opportunity cost of money rather than the policy crediting.  It’s the same reason I don’t pay off my home mortgage.  If I’ve borrowed at 3.5% to buy my house,  I believe I can do better than that over time in the market and I understand and accept the risks and have the wherewithal to deal with the results if things change, why would I pay down my mortgage any faster than I have to?

Premium financing can be a powerful tool for a slice of the market that can afford to bear the risks, but it’s being mass marketed to the mass affluent, most of whom probably shouldn’t get involved. “Non-recourse loans” is a term that’s being bandied about with abandon but isn’t really addressing the actual risk.  Just because a client has a non-recourse loan doesn’t mean he can’t lose his tail plus a whole lot more.  For many of these deals, sure, the insurance company is limited to what’s in the insurance policy because it will never allow the loan to become greater than the cash value that’s collateralizing it.  But Uncle Sam may still have his hand out.  If that policy is in a gain position (and don’t your clients certainly expect to be, or why else would they be involved?), there could be millions owed to the government on phantom gain. That part certainly isn’t non-recourse.

There are other more common and practical times to think about insurance and financing, and it all goes to the idea of best utilizing money.  Let’s say your client is a business owner and is making 15% on his money in the company.  Let’s further say he has a life insurance policy for estate tax planning, business succession planning and liquidity.  For purposes of this example, we'll assume the premium is $100,000/year.  Furthermore, let’s assume the internal rate of return on his premium to death benefit at actuarial life expectancy is 6%.  It may be a conservative product or even guaranteed, and it’s tax free and provides him the funds precisely when needed.  That’s not bad but let’s look closer.

How much does anyone like taking 15% money out of the game to exchange it for a 6% return?  Also, this probably means taking $150,000 out of the game to net $100,000 after taxes.  What if that money could be borrowed at a dramatically lower rate while productive capital stayed in the game?

Let’s Look at the Numbers

I’ll make up some numbers and assume a 35% tax bracket and a 4% borrowing rate over 10 years and, to compare apples to apples, I’ll accrue the loan interest.  The rough numbers are that borrowing $100,000 a year will result in a $1.25 million loan.  On the other hand, leaving $150,000 in the business at 15% will grow to $3.5 million over the same 10 years.  To pay off the loan at that time will mean distributing about $2 million to net sufficient funds to pay off the loan while leaving $1.5 million of value that otherwise wouldn’t have existed.

The tax rate, insurance return, borrowing rates, loan rate and so forth can all be different, but the fundamental point is that if there’s leverage to be had, why not have it?

Sure, there are a number of intricacies unique to a given case; the type of policy, is it in an irrevocable life insurance trust, do we need external collateral, etc.  But I see policy owners pit agents against each other or make other decisions based on the smallest of issues or spreads of cost, so why wouldn’t they pay attention to an idea that could fundamentally reduce the cost of their insurance by far more than any other single issue?

How Is This Different?

What are some things that make this different than the premium financing barrage out there?

Unlike other financing pitches, this is straightforward and understandable.  It’s based on the same metrics and decision making that a business owner and his advisors would use on virtually any other deal or proposal.   The numbers speak for themselves, and they can’t be manipulated like so much of what I see out there.  They’re provable and able to replicated without a shadow of a doubt, and an advisor can independently vet them.

One of the predominant points of selling whole life and other cash value plans is the ability to borrow from them.  Whether it be planned or for an emergency, there may a true benefit to having a source of capital at the ready.  However, just because one can, does that mean one should?

Let’s say your client has easy access to a 6% loan to buy a new car.  Does that mean she should?  My mother-in-law just got a car loan at 2.99%.  Wouldn’t that be better in almost every situation?  Then why automatically take a policy loan if a better loan is available that can be collateralized with the policy cash value?  Many people who compare the price of gas and groceries on a regular basis don’t think to look for a better loan rate when eyeing the life insurance policy for cash.

Many of the consulting cases on my desk are a result of whole life policies with very large loans that are threatening the very survival of the policies.  Most of these loans are at 8%, and the accruing interest is unsustainable.  If I’m helping them salvage these policies by refinancing these loans at dramatically lower rates than they’re currently paying, why take out a higher rate loan to begin with?

I’m borrowing from myself, you say?  Nope.  Since my cash value is still being credited, my loan rate is really only the spread between borrowing and crediting and is very small, you’ve been told?  Not really.

First, a policy owner isn’t borrowing from herself, regardless of what she’s been told. The insurance carrier has stepped in as the bank.  The loan is separate, and the cash value of the policy is simply collateralizing it.  If you had $500,000 of securities that were collateralizing a bank loan for real estate or plant and equipment, even if it was with the same institution, are you really borrowing from yourself, or do you have a separate securities account with $500,000 in it and a $500,000 loan that happens to be now tied at the hip?

If the life insurance policy is being credited at 5%, and the loan interest is at 6%, or even if it‘s a wash loan and the crediting and lending rate is the same, wouldn’t a 3.5% loan rate be better while the policy continues its normal crediting?  There may have been a time when the line told by the agent was more accurate than it is now, but the world changes and things need to be questioned on an ongoing basis.  Different contracts work differently so to be sure, let’s run all the numbers.  The numbers are what they are, and no decisions should be made without independent calculations.  The point is, don’t take anything for granted, ignore conventional wisdom and let’s not start leaving common sense by the side of the road just because the words “life insurance” have entered the conversation.

Bill Boersma is a CLU, AEP and LIC. More information can be found at www.LifeLoanRefi.com, www.oc-lic.com, www.BillBoersmaOnLifeInsurance.info and www.XpertLifeInsAdvice.com or email at [email protected].