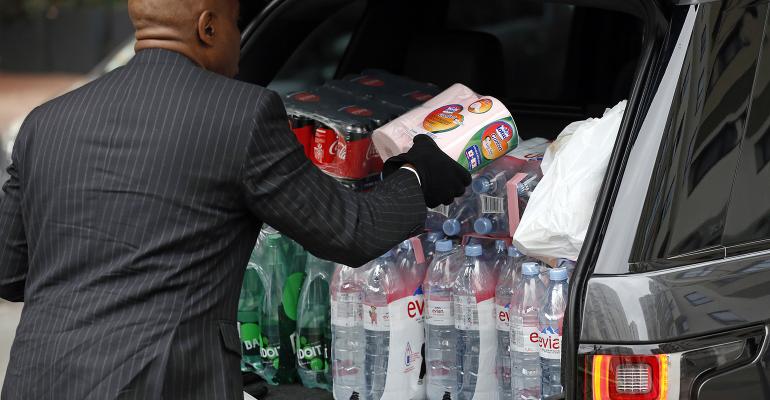 Can the current situation help us focus on priorities?

I don’t think of myself as a prepper, but not everyone agrees. My truck has a toolbox, fire extinguisher, jumper cables, flares, extra oil and antifreeze, a medical kit, tow straps, a water filter and more. Some might roll their eyes, but when something is on fire, literally or figuratively, they tend to look in my direction. Yes, my Wrangler looks like an apocalypse response vehicle, my basement has its share of home canned goods, and people joke about heading to my house during a disaster, but it’s only a joke until it isn’t.

I’m not racing to the store now to stock up on anything, and that’s a nice feeling. What does this have to do with life insurance? Quite a bit. Why am I thinking about it now? A year ago, an executive I met started asking me about his life insurance as his term policy was close to expiring. Life gets in the way, and I didn’t hear back from him for quite a while. After he reestablished communication, I learned he was prompted into action after his 50-some-year-old brother-in-law, a professional himself, died suddenly leaving a wife and three children at home … and no life insurance. I see this more often than I care to say.

It Didn’t Have to Be That Way

Why? He could’ve had a million bucks of tax-free life insurance for less than a thousand dollars of annual premium. I’m going to start sounding like a public radio fundraiser, but that’s less than the cost many people spend on coffee.

I regularly have professionals call me to get an idea of what insurance will cost on a client. When I give them numbers on term insurance, I sometimes get the question “Is that monthly or annual?” because the numbers are incredulously low. The next comment often is “Well, maybe my spouse and I should be looking at some more.” You’re making six figures a year and have young children at home and your spouse doesn’t make as much as you, if anything, and you have a few times your salary in group coverage … ya think?

A 30-year-old guy can get $1 million of 20-year level coverage for $500, and his wife can get it for even less. A 40-year-old isn’t much more, and a healthy 50-year-old is only a little more than $1,000. Is it ignorance? Laziness? Irresponsibility? It won’t happen to me? Six months ago, what did you think the chance was you’d be filing for unemployment benefits, applying for a SBA loan or working from your couch in the basement? (That’s where I’m writing this.) Would you have believed the movie Contagion looked more like a documentary than a horror drama? That you couldn’t find toilet paper? That all groups of people, of any size and for any reason, would be prohibited from gathering? (My aforementioned couch is in Michigan.)

Will attitudes change moving forward? I hope so. I’m tired of hearing about fundraising campaigns for the spouse and children of a breadwinner that unexpectedly died without life insurance when it didn’t have to be that way. You can’t always wait until tomorrow. My group of friends out of college include some of the most conservative and clean-living people one could imagine. However, when I think of how many of them were already uninsurable in their 30s and 40s, it’s a bit shocking. Cancer, embolism, cardiac issue, diabetes, psychological issues and genetic diseases; and hardly a one was preventable.

I started in the life insurance industry many years ago with a company that didn’t sic me on my friends and family for quick sales right out of training, and I’m glad for it. However, I sometimes wish I’d have taken it on myself to approach those I cared about regarding a boatload of cheap term. The mitigated worry and heartbreak would have been considerable.

This is why I often recommend to my clients to buy a slug of level term insurance on their own children as soon as they’re old enough to qualify for it. I did for my kids. For a 20-year-old healthy kid, $500,000 of 20-year term is under $200 annually for a female and a little over $200 for a male. A 30-year level term is under and over only $300, respectively. It’s almost comical when you think about it. There’s a reason that agents don’t try to sell it; they can’t make enough money to make it worthwhile.

What Is a Prepper, Really?

Is this a prepper mentality? Isn’t a prepper just someone who’s prepared? Of course, the term insinuates someone has a bit of a conspiracy mindset, but that seems a little unfair to someone who’s simply trying to be responsible.

When a storm hits, everyone wants shelter. Sometimes that shelter is tangible and sometimes a mindset. When an actual storm hits and I can go to the shed, grab a can of gasoline and fire up my generator so I have light, refrigerators, heat and working toilets, it makes me feel secure. Likewise, if I find myself someday lying in a ditch or a hospital bed taking my last breaths, I’ll similarly be feeling good knowing I have plenty of life insurance in force for the benefit of those I care about. If that makes me a “prepper,” so be it. It’s only a joke until it isn’t.

Bill Boersma is a CLU, AEP and LIC. More information can be found at www.oc-lic.com, www.BillBoersmaOnLifeInsurance.info, www.LifeLoanRefi.com, and www.XpertLifeInsAdvice.com or email at [email protected].