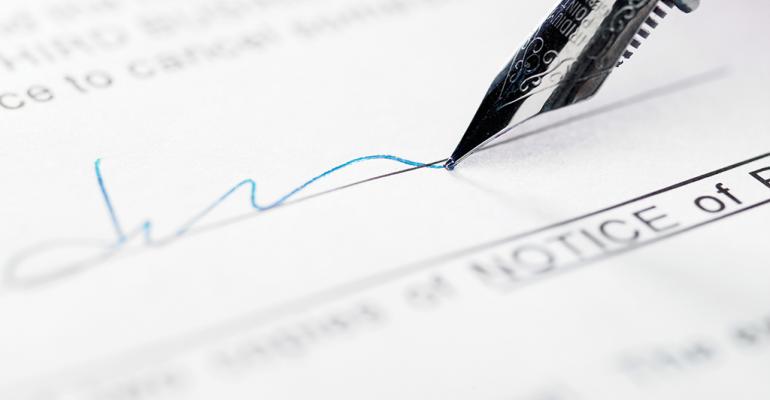 Make sure your clients understand what can go wrong

I’ve written that life insurance contracts are so complicated that it’s unreasonable for the typical consumer to be expected to understand them. This is also the case in many aspects of life, as evidenced by everything from mortgage closing packages to the agreements to which we acquiesce every time we download something online.

However, I believe the commitment of time and energy our clients give to understanding these issues is directly commensurate with their understanding of “what could go wrong.” With life insurance, there’s a high likelihood that the typical consumer doesn’t understand the details and internal workings of the life insurance policy or the ultimate effects of what could go wrong. This is, in part, evidenced by the fact that most policy owners understand their contracts to be guaranteed when most of them aren’t. The very thought that paying the required premium dutifully year after year does not go hand in hand with ultimately receiving the expected death benefit is unfathomable to most. Beyond that, it isn’t even conceivable to most consumers that a life insurance contract gone bad could leave them in hoc to the Internal Revenue Service after losing everything they put into the policy and never even taking anything out?

Sure, I didn’t review all of the fine print when I signed my mortgage but I feel I pretty much understood the deal. I verified the numbers on my financial calculator, and I’m reasonably confident that if I make my payments, no one is going to show up on my door step and tell me the house now belongs to the bank and I have nothing to show for it. That wouldn’t happen even if the payment was late every single month. Conversely, this is what happens with life insurance more often than most would believe.

Those blindly defending the industry state that it’s all laid out in the contract and in the projections, and clients should be able to figure it out. I say that’s ridiculous.

Here‘s why I say that. I was hired as the expert witness for a Financial Industry Regulatory Authority arbitration case. It was for a couple of variable universal life (VUL) policies sold to two brothers who were business partners, and they had a very clear history of being risk-averse and owning very conservative investments. As is too often the case, the projections assumed unreasonably high stock market returns and were far removed from the real-life attributes of the markets. Under questioning, I stated that it was unreasonable for there to be an expectation that they could clearly understand what they were buying, and they were dependent on specialists and professional experts to provide sufficient information to make informed decisions. I stand by that wholeheartedly. One of the defendant’s attorneys asked me if it was reasonable that the policy owner review the prospectus, and I stated that I believed it wasn’t. Again, I stand by that. There’s essentially nothing in there that a typical consumer could make heads nor tails of, and it wouldn’t provide an understanding of how the policy works or how to manage it. I believe pretending that isn’t so is a gross disservice to the public.

As expected, the expert witness for the defense took issue with my testimony. He testified that it was reasonable for a consumer to comprehend, on their own, this VUL transaction and to grasp the internal machinations and understand the upsides, downsides and management requirements. I vehemently disagree with that statement. I realize that if my comments were presumed to have basis, they would bring us to the conclusion that the transactions we deal in daily are basically unintelligible to the typical consumer. As such, these transactions are almost completely subject to the explanation and recommendations of others, fully realizing that some of those “others” are honest and competent professionals, some of them are well-intentioned but less than capable and some are crooks.

My position is that if the consumer is entirely dependent on others, the others must be held accountable if they mislead, misrepresent or otherwise mis-anything. The defendants’ position was that they weren’t liable because the consumers were “smart business owners.” You might as well assume Bill Gates could keep up with Ron Burgundy on the jazz flute, prevail on Cupcake Wars or diagnose a car problem like Click and Clack, the Tappet brothers. Maybe he could, but it isn’t definitely so.

Even the Experts Need Help

Years ago, a member of this organization acted as the sales representative on a very substantive VUL transaction on the life of the CEO of a bank. The bank had purchased this very insurance practice so, in effect, it was buying from itself. The bank was also the trustee of the trust owning the policy and party to the split-dollar transaction to which this policy was subject.

Insured: CEO of the bank that owned the insurance operation, is trustee of his policy and party to the split-dollar agreement

Transaction: Part of a multimillion-dollar agreement between the CEO and the bank

So… the agent, the firm, the national parent organization, the insured, the insured’s employer and the trustee, besides all being in bed together, are all purportedly and reasonably believed to be among the highest imaginable level of educated and sophisticated players in such a transaction. In other words, if there was a Dream Team of players to move forward in a deal, this would be it. Also, as industry insiders, no one could conceivably be better able to explain, understand and manage this transaction.

I’ll bet you can foresee what happens. The policies underperformed expectations, no one was managing the transaction appropriately, the deal fell apart and ended in litigation (the insured wasn’t the CEO of the bank when the wheels came off). I was hired for litigation support in this case as well, and my expertise helped drive a settlement.

My point: If even this Dream Team couldn’t understand and/or manage a simple VUL transaction (despite its size and that it was party to a split-dollar agreement, it was as simple as any VUL transaction in the market on any given day), how in the world can there be any expectation of the typical consumer working with an everyday agent possibly making it work? The answer: Too often there isn’t.

This is an example of hypocrisy at a level I thought only existed in politics. There’s a better way; but until people understand how the system works, nothing is going to change. Life insurance is too important to not bring appropriate expertise, analytics and management tools to the table.