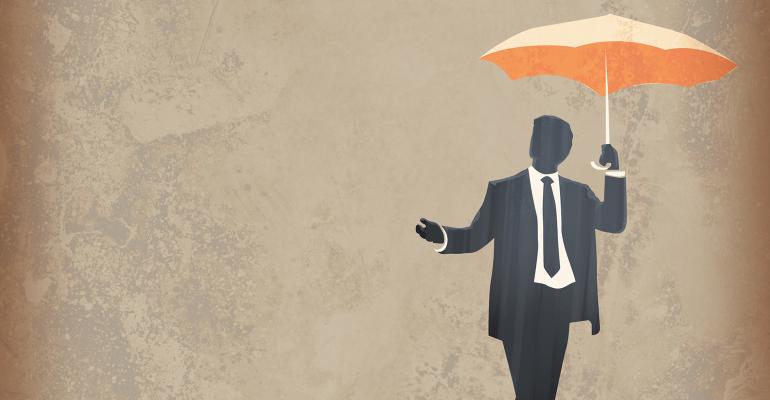 If your client is in his 20s and is a young lawyer, accountant, doctor or member of any association, he’s no doubt been offered the opportunity to purchase inexpensive term insurance through his association. He gets all the benefits of easy enrollment and no lengthy forms nor medical questionnaires to complete. He may not even have to pay a bill as everything might be done electronically through his payroll department. Then, to top it all off, he receives a dividend/refund check making the price even lower. He’s convinced association term life insurance is the best and only way he should ever buy term insurance for his family—after all, the members of his profession are clearly a better risk than the public at large. The only problem is those automatic five-year increases become very expensive once he hits age 40.

Let’s take a closer look and see what actually happens. In the early years, your client doesn’t feel each of the five-year incremental increases because they’re very small. The dividend refunds during the first 20 years (ages 25 to 45) are in the 40 percent to 45 percent range, and your client is made to feel association term life insurance is inexpensive and the best deal possible, because for the first 20 years, several life insurance agents had unsuccessfully tried to compete for his business with a lower price but couldn’t because the association rates were extremely inexpensive.

However, once your client hits age 45, his cost for the same $1 million of coverage over the past five years triples. Once that same individual hits age 50, the cost almost doubles, and it increases 90 percent at age 55. The cost then continues to increase by approximately 90 percent every five years up until age 75, when the coverage gets cut by 50 percent.

A significantly better strategy, if your client’s intent is to keep the coverage for 10 years or more, would be to lock in the premium for a 10-, 15-, 20- or even 30-year period, which would result in a significantly less expensive cumulative premium. Not only would the cost be less, but more important, the death benefit wouldn’t be cut in half at age 75.

Conversion Due to Ill Health

Another significant drawback with association insurance is that if the client needs to convert to a permanent policy due to ill health, there’s often only one poor option, which is extremely overpriced, because they know he’s trapped. A private term product would provide an array of more competitive products to choose from. An example is an individual age 64 who becomes ill, can’t get coverage elsewhere and would like to continue his coverage beyond age 75. His cost to convert his $1 million policy to the association’s conversion product is $44,000. Had he initially purchased a nonassociation private term product, the cost to convert $1 million of coverage would have been $16,000.

Keep in mind that although the association makes it easy by not requiring a medical exam and providing convenient, automatic payroll deduction, it’s simply not worth the additional cost if your client plans to keep his coverage beyond age 50.  If he’s relatively healthy and chooses an association term product, he’s unintentionally subsidizing those individuals who have health issues and are unable to qualify for a standard or preferred rating on their own.

Group term insurance is often the same story. A recently evaluated situation showed a husband and wife’s group coverage was so outrageously expensive that they could cut their costs by more than half out of the gate. Furthermore, in five years, their cost for individual coverage would be 25 percent of what they were paying for group coverage, and in the last five years of a 20-year term policy, the monthly premium for their group coverage would be equal to the premium for an entire year of an underwritten market alternative.

Association term is a competitive, if not quality,  product if your client is under age 40 and looking for short-term coverage. This is especially so if he’s unable to qualify for life insurance coverage on his own. However, if he’s over age 40, in good health and would like to continue his life insurance coverage for 10 years or more or through retirement or even beyond, then it will likely be substantially less expensive to lock in a nonassociation 20- or 30-year premium, as it will have a cumulative lower net cost and, if desired, will provide better conversion options and longer coverage duration. Every type of life insurance policy, even term insurance, should be periodically reevaluated to determine if what your client has can be improved upon with what else may be available in the marketplace today. Sometimes the answer to an individual requiring additional coverage may simply be to rearrange what he already has.