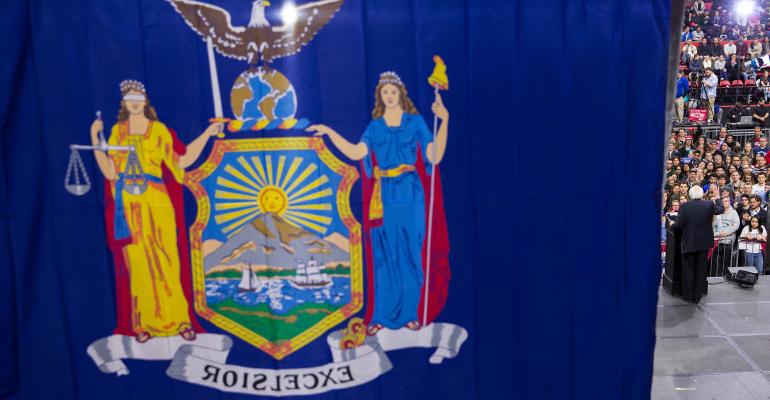 Another Tax on the Horizon for NY Residents

The proposed LTC Trust Act would require employees to pay a percentage of their incomes (via a payroll tax) into the state’s long-term care fund.

Following in the footsteps of the state of Washington, New York is likely to impose a new payroll tax to support a state-funded long-term care program in the near future.  The size of the tax is still being debated, but most assume it will likely be greater than the Washington amount (0.58%) in order to account for the higher costs of care in New York State.

Similar to Washington, the LTC benefits offered under the state’s plan are expected to be around $100/day for at least 1 year ($36,500 total benefits).  Unlike Washington, there will likely be no residency requirement so those who work in New York and live out of state will still be taxed. In addition, the program will offer some level of portability and provide benefits to those who have qualified regardless of state of residency.

The “flat-tax” design of the state plan will have a greater impact on higher income individuals.  They will pay significantly more in taxes for the same amount of minimal LTC coverage.  The table below illustrates the annual tax amounts for different income levels at the possible tax rates.

As a comparison, a 40 year-old in New York can acquire private LTC coverage that offers five times the state plan’s benefits for roughly $1,250/year.  The economics of the program are very unfavorable for those on the higher end of the income scale.

The good news for employees is that the state will offer an opportunity to “opt-out” of the program and, thus, not incur the tax. In order to opt-out, residents must secure private LTC coverage prior to a yet-to-be specified date.

Bottom line:  For mid-to-high earners as well as those younger, up-and-comers in the workforce, you likely can obtain better coverage at a lower cost by securing private LTC insurance and opting out of the state program.

As the bill currently reads, the program will be effective immediately upon being signed into law and will require employees to pay a yet-to-be-determined percentage of their income (via a payroll tax) into the state’s LTC fund.  The timing of the program’s effective date is important because it will determine the opt-out deadline as stated in the following excerpt from the bill:

“Provides for an optional exemption from the obligation to pay premiums (which exemption is coupled with a disqualification of the right to receive benefits) for individuals who have had in place private long term care insurance continuously for at least the duration of the calendar year to date prior to the effectiveness of the law, for as long as they maintain those policies.”

Basically, this means that coverage must be in place prior to January 1 of the year the legislation becomes effective.  If the law is passed any time prior to the 1/1/2024 deadline then private LTC coverage will need to be in place by 1/1/2023 to qualify.  This leaves a very small window for those wanting to take advantage of the exemption provision.

To further complicate matters, NY has a fairly strict definition of what actually constitutes private LTC insurance.   Currently, the policy will need to qualify under regulation 7702B as well as satisfy additional state-specific provisions.   It is worth noting that these state requirements may change in the future as a result of ongoing lobbying efforts by the insurance industry.

It is virtually impossible to try to predict the course of action a state legislature might take.  That being said, from the state’s perspective, it is clearly in their best interest to maximize (or at least not significantly deplete) the tax dollars funding the state sponsored plan which, in turn, encourages them to minimize the number of program opt-outs.  For example, in Washington, the state budgeted for roughly 100,000 opt-outs, but the final number turned out to be more than 4 times that amount (~477,000).

In the state’s eyes, the purpose of the opt-out provision is to serve as a reprieve to those who have planned responsibly for their future LTC needs as opposed to an outlet for those simply looking for a last-minute tax break.  New York definitely does not want to repeat what happened in WA—a stampede for coverage that more-or-less temporarily shut down the state’s LTC marketplace.

The rush for coverage in Washington basically broke the system.  The New York population is more than twice that of Washington. State legislators are aware of this and will likely not place New York in a similar situation.  The retroactive nature of New York's opt-out design could be an effective way to minimize that type of rush for coverage.  From the employee perspective, the design further encourages those who would benefit by opting out of the program, and not paying the annual tax, to act quickly.  The risk of waiting and potentially missing the opt-out opportunity altogether far outweighs the cost of carrying coverage for a few additional months.

Jason Chalmers is a director at Cohn Financial Group, a division of Gallagher.