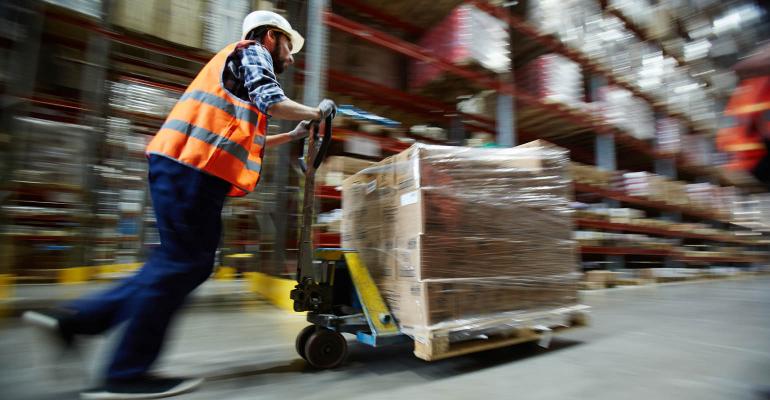 Exclusive Research: Clear Sailing for the Industrial Sector through 2018

Commercial real estate pros remain bullish on the outlook for the industrial space.

For years, multifamily has been the preferred bet for agnostic commercial real estate investors. But bulwarked by the continued rise of e-commerce and changes among manufacturers and retailers to optimize supply chain management, the industrial sector is giving multifamily a run for its money.

The sentiment is based on exclusive research gathered as part of NREI’s fourth annual survey of the industrial real estate sector. Whether it comes to occupancy rates, rents or even cap rates, sentiment has improved from a year ago. In addition, fewer respondents are worried about the potential for overdevelopment, with a substantial minority worried that, in fact, too little new construction is taking place. And the percent of respondents saying they were looking to buy industrial real estate (vs. holding or selling) also increased.

“As the economy gets better and e-commerce keeps growing, I think industrial has a long runway,” one respondent wrote.

Going forward, a plurality expects cap rates to increase in the next 12 months, but that sentiment shifted compared to a year ago. Last year, 58 percent said they expected cap rates to increase. This year, the number dropped to 47 percent. Meanwhile, about 34 percent expect no change (up from about 27 percent in 2017).

Investment sales volumes were robust in 2017. Driven in part by some large portfolios trading hands, investment sales volume in the industrial sector through the first three quarters of last year was the third highest of any year since 2008, according to real estate services firm JLL and research firm Real Capital Analytics (RCA). Overall, RCA recorded $55.2 billion in investment sales activity involving industrial space for the first three quarters. In the most recent quarter, cap rates averaged 6.6 percent.

On the equity front, 45 percent of respondents said the availability of capital was unchanged from a year ago (down from 52 percent in 2017). An additional 34 percent said capital was more widely available (up from 28 percent). Meanwhile, eight percent said less capital was available and 13 percent said they were unsure.

Respondents were also asked how they expect various lending factors to change in 2017. The majority (75 percent) expect interest rate increases. (That’s down from 88 percent a year ago). And 35 percent also expect a rise in the risk premium (down from 44 percent). For two other factors (loan-to-value ratios and debt service coverage ratios), a majority of respondents (roughly 70 percent for both) don’t expect to see changes. Those numbers were consistent with 2017’s sentiments.

As that translates to investment activity, just less than half of respondents (48 percent) said they plan to hold industrial properties in the next 12 months. That’s down from about 55 percent in 2017. Only 14 percent plan to sell (up a tick from 13 percent in 2017), while 38 percent are looking to buy, up from 33 percent in 2017.

In breaking down the industrial sector a bit, a majority of respondents (64 percent) said warehouse/distribution facilities in traditional locations would be most in demand going forward. That was followed by “last mile” warehouses (36 percent) and flex industrial facilities (32 percent). (Respondents were allowed to select more than one property type.)

According to one respondent, “E-commerce has resulted in changes to product shipment from distribution centers, as opposed to from retailers. Local vacancies are very low, so any increase in demand will be difficult to accommodate without new construction.”

Another wrote, “While last mile certainly will be of increased importance, the fundamental requirements of traditional distribution will not be materially changed for the foreseeable future.”

Overall, 175.1 million sq. ft. of new deliveries hit the industrial sector in the first three quarters of 2017, according to figures from Cushman & Wakefield. It is the largest wave of new space delivered in the first nine months of any year, according to the brokerage firm.

In evaluating demand, one-fifth of respondents say there is room for 25 percent or more of current inventory in additional absorption (up from 12 percent one year ago). Looking over all four years of the survey, there has been a sentiment that markets could absorb a growing percentage of current inventory.

E-commerce sales have increased by 16 percent year-over-year and now account for 9 percent of all U.S. retail sales. E-commerce also accounts for about 12 percent of industrial leasing activity and an additional 22 to 30 percent of indirect leasing through closely tied logistics, distribution and 3PL channels.

The greatest growth in new industrial development is taking place in six markets with high population density. These include: Southern California, particularly the Inland Empire; Dallas; Chicago, New Jersey; Atlanta; and Pennsylvania, from the central part of the state to Philadelphia.

An additional factor affecting supply in some markets is the conversion of old industrial boxes into other uses. Overall, 66 percent of respondents said that this activity is taking place in their markets. (The figure has hovered between 64 percent and 70 percent in each year’s survey.)

The net effect of this activity varies. Of respondents that said this activity is occurring, 42 percent believe it’s leading to a lower inventory of available space in their market. An additional 43 percent of respondents said the removal of old space is being balanced by new construction. And 15 percent said that new construction is outpacing the removal of old space, leading to a net growth of inventory in their market. (Those numbers are consistent with previous surveys.)

Industrial real estate pros continue to expect occupancies to rise in the sector. Overall, 58 percent of respondents said they expect occupancy rates to rise in their region this year (up slightly from 56 percent in 2017). An additional 28 percent expect no change (the same figure as last year). Only 14 percent think occupancy rates will decrease, a slight drop from 2017.

According to JLL, the vacancy rate nationally stood at 5.2 percent at the end of the third quarter. Overall, 54.2 percent of new deliveries were pre-leased upon completion.

Respondents are once again bullish on the outlook for rents. The majority of respondents (approximately 81 percent) said they expect rents to rise in their region in the next 12 months. (The figure has been around 80 percent in all four surveys.) Only 2 percent said they think rents will decline. And about 16 percent said they will remain flat.

According to JLL, rents reached new all-time highs nationally in the third quarter at $5.40 per sq. ft.

Respondents were asked to rank the relative strength of their region. The results were similar to past years in terms of the relative rankings (on a scale of 1 to 10)—with the West (8.1) and the South (7.8) continuing to top the East (7.6) and Midwest (6.7). The numbers for all four regions were flat or up compared to a year ago.

Survey methodology: The NREI research report on the industrial real estate sector was completed via online surveys distributed to readers of National Real Estate Investor in December 2017 and January 2018. The survey yielded 401 responses. Recipients were asked what regions they operated in (and were allowed to select multiple regions). Overall, 45 percent said they operated in the South, followed by the East (43 percent), West (42 percent) and Midwest (37 percent). Approximately half of respondents are investors and developers. About half of respondents (50 percent) hold the titles of owner, partner, president, chairman, CEO or CFO.