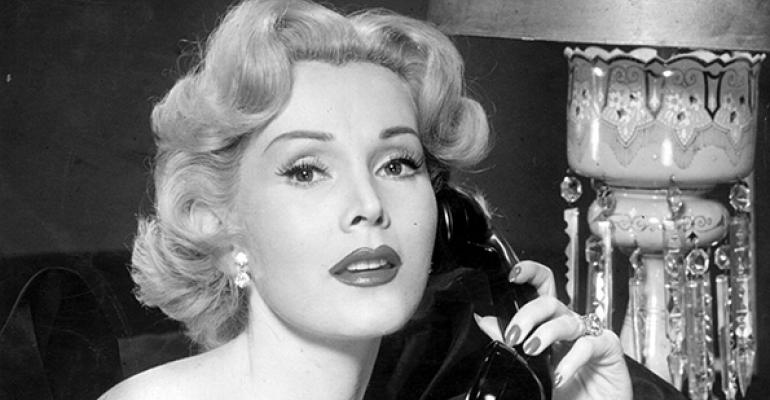 She never met a man she hated enough to give his diamonds back, and her many divorces could make for an interesting estate.

Zsa Zsa Gabor, perhaps the first “professional celebrity,” was old Hollywood through and through, and her penchant for marriage and divorce could make her estate very interesting.

Gabor, who died Sunday from a heart attack at age 99, was one of the last bastions of the mythologized Hollywood culture of the mid-20th century. She famously personified not only the particular conspicuous glamour of the period that infatuates so many, but also represents the interesting penchant for intermingling—and divorce—among the glitterati of that period, a sharp disconnect from the rest of the country, which still considered divorce largely verboten.

Gabor’s current husband, Frederic Prinz von Anhalt (more on him in a minute), was her ninth, following seven divorces and an annulment. Needless to say, this complicated series of connections and disruptions means her estate could end up intriguing indeed.

Zsa Zsa was famously candid about her romantic track record, offering such quotable gems as “He taught me housekeeping—When I divorce, I keep the house,” to Cutting Edge in 1984, and “I never hated a man enough to give him his diamonds back,” to The Observer in 1957.

Exactly how much money Gabor had when she died is unclear, as von Anhalt effectively banned all visitation in her final years, though she certainly amassed a significant amount of money over the years, both through her own celebrity and her many lucrative divorces. Some value her fortune at about $40 million.

Where that money, however much it turns out to be, ends up is anyone’s guess. Despite her multitude of marriages, Gabor only had one child, Francesca, from her marriage to Conrad Hilton. Francesca died in 2015 (a fact which, shockingly, von Anhalt reportedly still had not shared with his wife at the time of her death—he also didn’t tell her that her leg was to be amputated a few years earlier, so maybe not so shocking after all).

Von Anhalt is the most likely beneficiary of Gabor’s estate, both as her current husband and based on several court battles he had with Francesca over Gabor’s care in her old age. Francesca alleged that von Anhalt was simply manipulating her mother to get into her will—a not entirely unfounded suspicion, given that von Anhalt got the name Prinz (his surname, not a true princely title) after he was adopted as an adult by the elderly daughter of Kaiser Wilhelm II. Though he denies it, many consider this adoption a business transaction, given the princess’s financial destitution at the time, and von Anhalt’s continued willingness to adopt adults himself in exchange for payment doesn’t do much to dispel this suspicion. Von Anhalt countered with an assertion that Francesca had forged her mother’s signature on a $2 million loan. Both suits were dismissed.

Francesca later asked the court to assign a conservator to oversee her mother’s care, over von Anhalt’s objection, but this plan seemed to backfire when the court simply named von Anhalt as conservator.

A web this tangled and varied—Hollywood celebrities, hotel magnates and shady German royalty all tossed together in a pot with seven divorces and an annulment added for spice—isn’t exactly a common occurrence; so while the outcome may not hold many lasting lessons for advisors—the scenario is just too ridiculous and unrelatable—it will certainly be fun and interesting to watch it play out.