/sites/all/themes/penton_subtheme_wealthmanagement/images/logos/footer.png
Recent
Recent
What Can Taylor Swift Teach Advisors About Marketing? Quite a Lot, Actually.
Dec 01, 2021
MiniStorage Considers a Sale as Self-Storage Industry Consolidates
Dec 01, 2021
CBS Movie Lot Fetches $1.85 Billion as Hackman Adds Holdings
Dec 01, 2021
Riskalyze's Broadens Its Product Set With 'Discovery'
Nov 30, 2021
Featured
The 10 Best and 10 Worst States in Which to Retire in 2021
Jul 15, 2021
Poll: 15 Classic Books on Investing and the Markets
Apr 03, 2020
25 U.S. Markets Adding the Most Multifamily Units This Year
Feb 03, 2021
Fifteen Must-Listen Business Podcasts for Advisors
Aug 14, 2020
Bloomberg
brought to you by 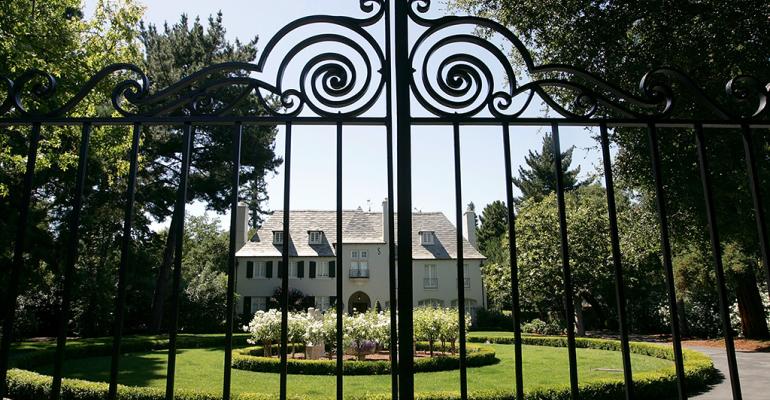 You Need $2.3 Million to Be Considered Truly Wealthy in America

The exact amount can depend on how old you are.

Merely having a net worth of $1 million, it seems, doesn’t mean you’re wealthy. In Charles Schwab’s annual Modern Wealth Survey, the amount people said it took to be considered rich averaged out to $2.3 million. That, the company said, is “more than 20 times the actual median net worth of U.S. households.”

It’s also a very slight drop from the $2.4 million average in the two previous iterations of the survey.The older one gets, the higher the bar goes, predictably. Among baby boomers (roughly age 55 to 73), the average net worth you need to be considered wealthy is $2.6 million, 35% higher than what millennials envision as the admission price to the plutocracy.

For someone to be deemed merely financially comfortable, the required net worth shrinks significantly. The average amount was $1.1 million, and only Generation Z (about age 9 to age 22, though Schwab’s sample was 18 to 22) cited a number below $1 million ($909,600, to be exact.)

The Schwab survey, which took a national sample of 1,000 Americans between the ages of 21 and 75, also revealed that the majority of Americans really crave real estate. More than 50% of respondents across generations said that if they got a $1 million windfall, they’d spend it, and the most popular purchase would be a place to live—particularly among millennials (roughly age 22 to 37). Those millennials also took issue with the premise of the survey. More than three-quarters of them said their personal definition of wealth was really about the way they live their lives, rather than a discrete dollar amount.

Nevertheless, 60% of them aren’t all that worried, since they plan to be wealthy within one to 10 years. The survey results suggest an interesting strategy to help them get there—ignore their friends’ social media posts.

How’s that? Well, it seems virtual covetousness has taken on a life of its own for the digital generation. According to the survey, overspending because of what they see on social media (in tandem with the ease with which it takes your cash) was the largest “bad” influence on how they managed their money.

And the negative influence of social media on spending is only going to grow. In March, Instagram announced that it’s testing a shopping feature called Checkout that lets users buy things directly within the app, rather than being directed to a retailer’s website. So much for one-stop shopping. Now you won’t even have to stop.With 59% of the Americans surveyed saying they live paycheck to paycheck, instant gratification comes with a high price. While a strong economy and low unemployment are helping consumers stay current on their debt payments, the largest U.S. banks are seeing losses on credit cards outpace those of auto and home loans at a rate not seen in at least 10 years.And when the bottom does finally fall out, the last thing most Americans will be thinking of is whether they qualify as wealthy.