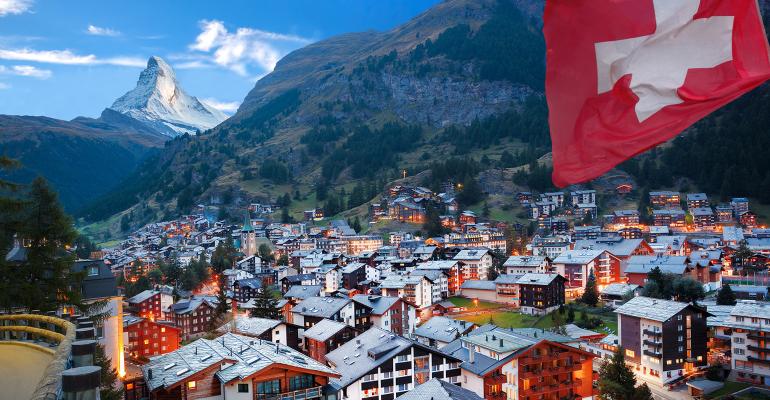 Expats living in Switzerland make an average salary of $188,275 a year.

By Andy Hoffman and Zoe Schneeweiss

(Bloomberg) --It pays to be an expatriate in Switzerland.

Expats living in the home of UBS Group AG, drug maker Novartis AG and commodity trader Glencore Plc earn an average salary of $188,275 a year. That’s the highest in the world and almost twice the global average, according to data published Monday by HSBC Holdings Plc. Switzerland also tops the bank’s expat career ranking for a second year.

“Expats ranked Switzerland highly for both financial and personal well-being criteria,” said Dean Blackburn, head of HSBC Expat. “The combination of high salaries and excellent work culture has placed Switzerland at the top of the careers league table.” It isn’t just big paychecks that make Switzerland, which also hosts the European headquarters of the United Nations in Geneva, the best all-round destination for a career abroad. Of those surveyed by HSBC, 69 percent said their work-life balance had improved in Switzerland and 61 percent said the work culture was better than their home country.

Germany and Sweden ranked second and third overall, despite salaries that were at or below the global average, according to HSBC. European countries took six of the top 10 spots.

“Expats in Sweden and Germany enjoy benefits outside the financial side of work,” said Blackburn. “Germany offers the best job security for expats. Sweden, as well as topping the tables for work culture, is praised by 79 percent of expats for its excellent work-life balance.” Money, of course, can’t buy happiness. Previous data released by HSBC showed that while Switzerland ranks first in financial well-being for those working abroad, it ranks close to last in cultivating relationships and social life. The cost of living in Switzerland is also notoriously high, with Swiss newspaper Neue Zuercher Zeitung last month reporting that the price of food is 70 percent higher than the European average, while health-care expenses are more than double.

The best employment packages -- including health benefits, accommodation allowances and trips home -- are found in Middle East countries such as Bahrain and the United Arab Emirates, according to HSBC, which surveyed 26,871 expats in more than 100 countries.

Hong Kong and Singapore topped the ranking for career development with 68 percent and 62 percent respectively of respondents agreeing that these were good places to improve their careers. Lifestyle, however, suffered for some upon moving to Asia as 30 percent of expats in Singapore and 50 percent in Hong Kong reported a decline in work-life balance.