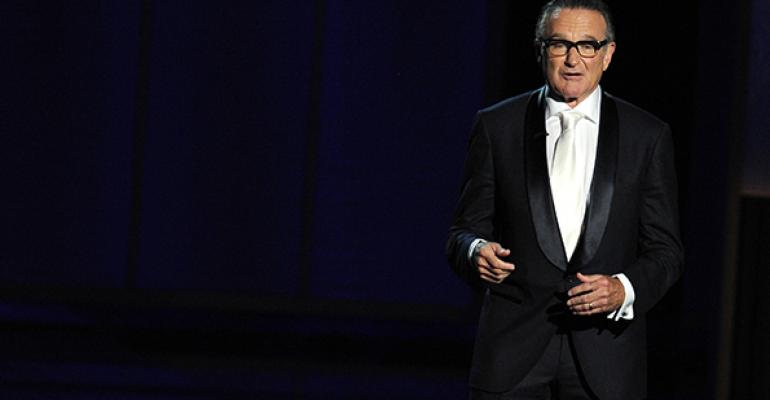 This Is Why Stars Are Updating Their Wills

In a world where recorded speech, photographs and film can be altered for any purpose, be it noble or nefarious…

One profession stands first and foremost above all others to protect the image of the dearly departed:

The image, likeness and name of the dearly departed are sometimes referred to as one’s “right of publicity.”

In case you couldn’t tell, the introduction to this article was written to sound like master voiceover actor Don LaFontaine. LaFontaine passed away in 2008, and with him his tremendous legacy of thousands of film trailers and hundreds of thousands of network promotions, TV ads and video game trailers.

Historically, guys like me would have to (poorly) impersonate Don’s richly sonorous vocal cords. But, now, through the wonders of computer technology and artificial intelligence, it’s possible to have Don’s deep booming voice do the voiceover for a yet-to-be released blockbuster film. Indeed, technology and computer-generated images have been revising history for years.

History has been digitally modified, perhaps imperceptibly to some, since at least 1994—the year Forrest Gump was released. In the movie, the character played by Tom Hanks receives the Medal of Honor from a grateful President Lyndon B. Johnson. The actual recipient of the award depicted in the film was Pvt. Sammy Lee Davis. The head of Pvt. Davis was removed in the movie and exchanged with the head of Hanks.

Property Rights in the Modern Age

So why are the lawyers the ones to protect the images, likenesses and voices, which are essentially the intellectual property of the departed?

Because things such as a person’s name, voice, signature, photograph, image, likeness, distinctive appearance, gestures and mannerisms are property rights.

Property rights are protectable, transferable and descendible—and estate taxable. The laws of some 40 states address these rights and issues. Of note, protecting the right of publicity for a celebrity or public figure is probably greater than that for the average person.

Now, through CGI and AI, a person, whether living or dead, can be depicted to say or do anything. What’s now technologically possible makes the manipulation of the Forrest Gump era look like child’s play. A person’s image can also be placed in any position, flattering or compromising, and the image can be manipulated to use words never actually spoken.

The technology to imperceptibly alter one’s voice or likeness is now in the hands of anyone with significant computing power and knowledge. Audrey Hepburn has already been placed into a modern advertisement for chocolate, and a new movie starring Marilyn Monroe will soon be released. While it may be wonderful to contemplate fresh interactions with Sophia Loren, Clark Gable, John Belushi and Phil Hartman, the potential for abuse can’t be overstated.

Until recently, the computing power necessary to manipulate audio and video images skillfully was available primarily to governments. Fascinatingly, there are reports from as long ago as the late 20th century evidencing governments strategizing to use modified audio and digital likenesses to incite rebellions and influence the outcome of wars. If Moore’s Law of computing power still holds true, it’s conceivable that some clever adolescent could conjure up his favorite movie star on his home computer. (Sorry if that made you recall the forgettable 1985 movie Weird Science, which depicted something similar.)

Prudence would seemingly dictate that estate planning documents should expressly address who should have the right to publicize one’s right of publicity. It’s easy to envision a deceased politician’s likeness being manipulated to make robo calls supporting some new radical candidate—perhaps a candidate who wasn’t even born at the time the deceased politician was alive. This Orwellian scenario means that the ability to blend fact and fiction makes it ever more challenging for an unsuspecting viewer to discern the truth.

And though many of us automatically think this only affects celebrities, it’s also conceivable that some financially desperate or disgruntled relative could take steps to tastelessly market or even intentionally sabotage the reputation of a deceased spouse, parent or stepparent. There’s been at least one reported case in which false email addresses and websites were allegedly used by a disgruntled employee seeking to right perceived wrongs at the hands of a former employer.

Protecting one’s right of publicity is of critical importance.

In a world where one’s image can be posthumously exploited or abused, the issue requires much greater attention, rising to profound significance— from Robin Williams to public figures to you.