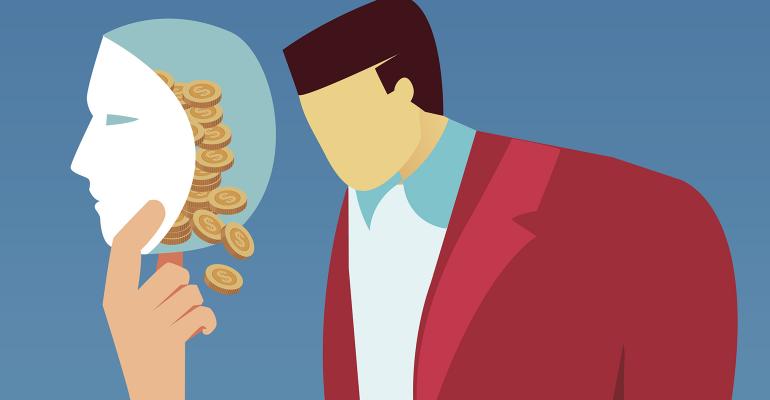 Why the Rich Are Hiding

Our society celebrates wealth in the abstract, but delights in judging the rich. A sociologist of affluence reveals five tips for overcoming the bias to build trust with wealthy prospects.

And for good reason, says sociologist Rachel Sherman, author of Uneasy Street: The Anxieties of Affluence (Princeton University Press, 2017). The book’s main takeaway is that rich people are hiding—mostly from the judgment of others. If advisors want to succeed with the rich, they need to take a hard look at the true level of empathy they can muster as well as be honest about the off-putting judgements they may unwittingly attach to their prospects. Sherman discovered this firsthand when she set out to interview 50 affluent New Yorkers for her book. It wasn’t easy. The job was akin to the goal that many financial advisors set for themselves. First, she had to identify the prospects, connect with them, build trust, and then ask for the business. In Sherman’s case, the ask was to sit down for a two-hour, in-depth interview on the resources, values and consumption habits of wealthy families. For advisors, the ask is different, but the sequence is the same.

Sherman, an associate professor of sociology at the New School for Social Research in New York, says she had to shed every trace of the voyeurism, skepticism and moral judgment that easily attach to accounts of wealthy people’s consumption and privilege. Our society celebrates wealth in the abstract, but delights in judging the rich.

The judgment starts with a sense, reinforced in popular media, that rich people spoil their kids and are entitled, greedy, exploitative or just morally unworthy in general. Rich people themselves internalize these judgments and become desperate to hide their privilege from others, and even themselves, Sherman says. Few of Sherman’s wealthy interview subjects described themselves as rich, wealthy or affluent. They were all “comfortable.” Euphemisms and distancing metaphors filled the air. Some interviewees refused to even mention money, preferring instead phrases like “saving our acorns” or having “a lot of beans.”

Despite many setbacks, Sherman succeeded in landing the interviews. In other words, she got rich people to trust her. Financial advisors could do worse than to apply the lessons that Sherman learned about how to approach and engage with the rich (see the sidebar: A Conversation with Rachel Sherman).

In Uneasy Street, Rachel Sherman provides important insights for advisors who want to cultivate wealthy prospects. Here are the top five takeaways from Sherman’s research on wealthy New Yorkers and five tips that advisors can apply in their goal to understand how rich people understand themselves.

1. The top concern of rich people is other people knowing they are rich. The biggest fear of rich people (47 percent of respondents) is being outed as a member of the one percent, according to a study of families with net worths north of $20 million. Other fears flow from this one, including being targeted by predators or scams (44 percent) and being judged solely by their wealth (42 percent). The survey was conducted by Wilmington Trust. Sherman doubled herself up in knots reassuring her sources of absolute confidentiality and promising that no identifiable details would be published.

Advisor tip: It’s impossible to overemphasize confidentiality and the need to maintain it.

2. The privileged prefer not to think of themselves that way. One interviewee tells Sherman that she considers herself “middle class” in the same breath that she reports a household income of over $2 million a year. The interview takes place in the subject’s apartment overlooking the Hudson River. The client owns a second home in the Hamptons.

Subjects often trot out the concept of relative wealth. One source takes offense at Sherman’s use of the a-word. “‘Affluent’ is relative,” the source objects. Pointing to neighbors with a private jet, she says, “that’s affluence,” placing herself at the very, very bottom of the 1 percent. “There are far richer people in the world than me, so look elsewhere.” “No matter how much money you have, somebody has about a hundred times that,” another interviewee explains.

Advisor tip: Watch the “money” language you use; mirror the language the client prefers.

3. Rich people are terrified about being judged. To be successful, money managers must be empathic and non-judgmental about wealthy people. They need to recognize that wealth has a stigma and they need to be utterly free of it. Advisors might do well to remember how difficult it for the rich to talk about money and to share any details about their financial lives. Think of rich people as wild turkeys: self-sufficient, savvy, tough birds, yet exceedingly shy. If you want to encounter a wild turkey, the last thing you should do is crash through the woods, shouting for the creature to come out because you want to help them. But if you walk quietly into the woods and sit silently without any judgment and have something to offer, the creature may well emerge and find in you a kindred spirit. If you want to cultivate rich people, cultivate a relationship of non-judgment and service.

4.  Rich people really are worried about losing their money. Money insecurity is a key concern for rich people independent of how much money they have. Twenty-one percent of the Wilmington Trust study respondents express fear at losing their money. Rich people carry a lot of insecurity and perceive that they don’t have a safety net. Some rich people say they don’t have enough, while others are conflicted about spending money. There’s a general despair among the rich that they don’t have enough economic self-discipline. This sense that they need more financial literacy can be leveraged by money managers if they approach clients with empathy.

5. Rich people will always under-report their wealth. Know that rich people are often conflicted about their wealth and will minimize it. This creates obvious difficulties for money managers who really can’t be effective when clients can’t or won’t reveal real numbers. Sherman had the same experience. Several interviewees gave her one number only to call back to say the real numbers were higher. When subjects reported values of real estate, Sherman checked public records to validate the reports. She discovered that many people had under-reported the value of their homes. Not once did she encounter anyone who overestimated. This tendency to under-report is a real challenge for financial professionals. Patience, endless patience, is required until the client feels safe enough to share real numbers. A Conversation with Rachel Sherman

John Kador: Tell me about the economic circumstances of your family when you were young.

Rachel Sherman: I grew up in  a dual-class situation. My father is from a wealthy family. My mom is from a working-class family. I grew up upper middle class; no opulence, but certainly comfortable. I went to private school, the tuition for which my grandparents paid. I went to an Ivy League college. I was lucky that my family could talk about money at the dinner. My dad made me write a budget before I could get an allowance.

JK: What was your first paying job?

RS: My first paying job was as a telemarketer for the Philadelphia Opera. I also worked in a restaurant and had other food service jobs.

JK: Most of the interviews you did for your book were women.

RS: It’s a structural issue. The women disproportionately were stay-at-home moms married to men who were the earners. Stay-at-home moms are simply more available. In addition, I was asking about consumption and other lifestyle choices. Women are more willing to talk about such subjects. Some of the women did say their husbands were more private about money and less willing to talk to me.

RS: That hefty but neutral-sounding phrase interests me. The high-net-worth individual acronym, HNWI, and its prominence seems to me an example of how stigmatized the word “wealth” is. Why not say wealthy or rich or affluent? It goes to the taboo subject of directly talking about money. It’s a struggle I had in the book. Words such as “well-off,” “wealthy,” “rich,” affluent,” privileged,” and “upper-class” all have negative connotations and are rarely used by wealthy people to describe themselves. But in answer to the question, the main fear of the rich is that they are terrified of being unmasked.

JK: What can money managers learn about the market they are trying to serve by reading your book?

RS: Money plays a central role in the lives of the rich, but the wealthy are extremely reluctant to talk about actual numbers. I interviewed several expert service providers, including money managers and real estate agents. They all talked about how hard it is to have conversations with real numbers and how tough it was for them to do their jobs without such conversations. Rich people can also be tortured about the money they have, especially if it is inherited. Financial advisors told me it becomes difficult to have meaningful conversations about investing the money or giving it away when the denial is so complete.

JK: What’s one research result that surprised you?

RS: I was surprised to realize just how little financial education some of the richest interviewees have. This is truest for the women. The men, especially those that work in finance, controlled the finances, and they had more education and experience. But many of the people I interviewed lacked a basic understanding of how much money the family has and how it is allocated. Much of this lack of financial education flows from society’s basic discomfort about having conversations about money.