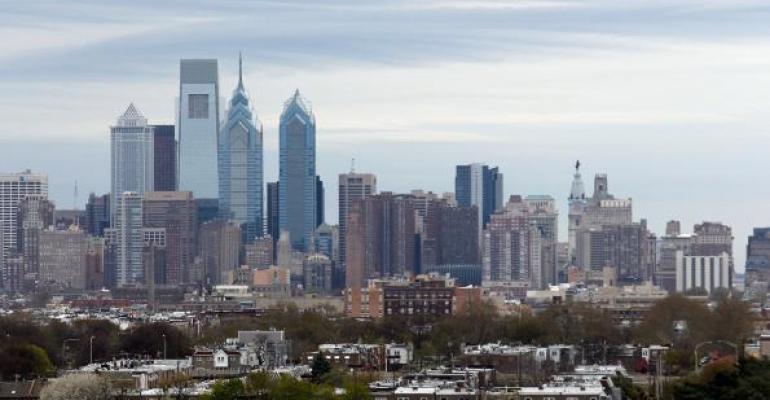 In an interview with NREI, Matt Pestronk lays out his firm’s relationship with family offices and HNW individuals and describes Post Brothers’ “intelligent risk” philosophy.

Since its establishment in 2006, Philadelphia-based apartment developer and operator Post Brothers has raised more than $400 million in capital from family offices and high-net-worth individuals. Initially, the firm—founded by brothers Matt and Michael Pestronk—put that equity toward class-A apartment projects in Philadelphia. But the brothers have recently ventured outside the City of Brotherly Love.

In the fall of 2017, the firm bought a 12-story, 320-unit apartment high-rise in North Bergen, N.J. for $166 million. The property, called The Duchess, sits along the bank of the Hudson River in New Jersey’s Gold Coast area. That was the firm’s first investment away from its home territory.

Eyeing a further expansion of its portfolio, Matt Pestronk, president of Post Brothers, says the company is “actively looking” at major projects in the Washington, D.C. market. In addition, the firm is flirting with a potential entry into the Los Angeles market.

Post Brothers hasn’t forgotten about its hometown, though. This April, the company wrapped up its $17.25 million purchase of the dilapidated Quaker warehouse in Philadelphia. Post Brothers plans a $100 million makeover of the property as a mixed-use development with 350 apartments and office or retail space.

Matt Pestronk says the Quaker property is part of a “broader area that we have a huge plan for”—a plan that envisions a “Philadelphia-scale Hudson Yards.” Two developers, The Related Cos. and Oxford Property Group, are spearheading the massive Hudson Yards development in Manhattan.

In all of its projects, Post Brothers embraces a “triple-bottom-line focus” on economic, environmental and social advancement factors.

In an interview with NREI, Matt Pestronk lays out his firm’s relationship with family offices and HNW individuals, describes Post Brothers’ “intelligent risk” philosophy and reveals which real estate developer the firm hopes to emulate.

NREI: What role do family offices play in your investment strategy?

Matt Pestronk: Family offices are typically our primary investor base, which is to say that we’re really focused on capital of an institutional scale, but a non-institutional nature from high-net-worth individuals and Forbes 400 kinds of people. Generally, a lot of them have been predisposed to invest in real estate; they’ve got experience investing in real estate. For a lot of them, real estate is pretty intuitive to them financially.

Matt Pestronk: We have both individuals without staff and people with a full family office staff to manage their wealth. There is a further distinction within this universe. Some family offices have paid investment staff with investment professionals who make investment decisions. Some other family offices don’t have these people because the person who made the money is still alive and they make the decisions, and are typically still actively running a business or investing full-time for themselves; the staff is more along the lines of analysts, financial asset managers, portfolio managers and administrative/accounting people. Most of our investors are the latter—10-figure people, or close to that, who are entrepreneurs and like to invest with other entrepreneurs who understand how to manage risk.

NREI: Are your investors primarily in the Philadelphia area?

Matt Pestronk: Definitely not. Our average project is $30 million to $40 million of equity, and Philadelphia has not been a wealth-generative kind of place, for lack of a better description. Our ideal financial partner is an entrepreneur who’s made half a billion to a billion dollars—wealthy enough to have their own investment professionals to look after their money, but still engaged in a wealth-generative business, running it on a daily basis. Generally, our ideal investor is someone in their 50s, 60s or even 70s who started a very successful business and has been able to monetize part of it in their lifetimes, but they’re still engaged, and they appreciate partners and sponsors who take what they would consider to be intelligent risk.

NREI: To you, what does “intelligent risk” look like?

Matt Pestronk: We like to invest in areas where there’s already a significant presence. Everything we do is in urban or quasi-urban areas that have a clear demand for some type of class-A rental apartment building because it’s a place like Brooklyn where there’s lots of townhouses and small condominium buildings, and clearly people with significant discretionary income want to live there by virtue of the fact that they’re buying houses. We’ll look for something like that, and we’ll try to be the first class-A apartment building in the neighborhood that is of institutional scale—150 units, or ideally much more than that.

We have a saying in our business, “If there are comps, there would be competition.” We’re most comfortable when a project doesn’t have a direct comp. You sort of have to make a bet about the rent. Our partners are generally more or less comfortable with those risks, and a lot of people aren’t.

NREI: What draws high-net-worth investors to what you’re doing?

Matt Pestronk: They’re generally repeat investors. In the beginning, they saw something they identified in themselves, and because they decided they liked us, we must be smart, if that makes sense. What do they call that—selection bias? We made money for our first investor, they introduced us to others they knew and it just went from there.

NREI: From an investment standpoint, are you sticking geographically to the East Coast?

NREI: Would you ever entertain the thought of going beyond the East Coast?

Matt Pestronk: Absolutely. But we really have a vertically integrated model. We’re almost always our own general contractor; we lease and manage properties ourselves. So to create scale in, say, Los Angeles—that’s a market we’re particularly interested in—we need to be able to make the appropriate investment to continue to operate the way we’d like to operate in another market, and that is fully integrated.

NREI: If we were to come back to you in five years, what are you hoping your business will look like?

Matt Pestronk: We want to be like The Related Cos.—doing the best projects in the biggest markets without peer. That’s what we’re shooting for.