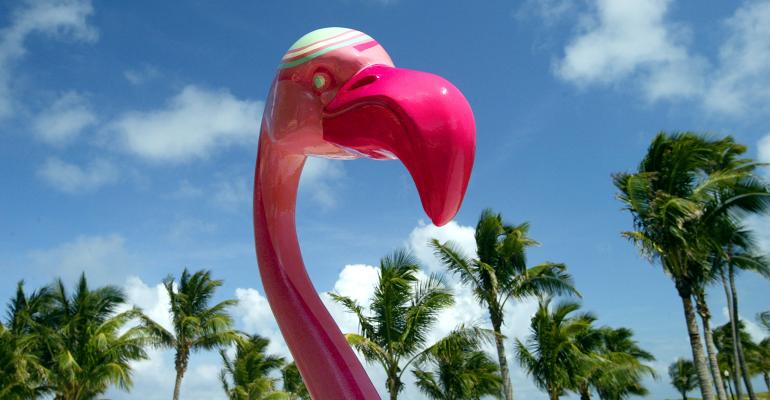 Where Have All the High-Net-Worth Clients Gone?

Gone to Florida, everyone.

Historically, senior citizens and high-net-worth individuals moved to Florida to avoid harsh winters and enjoy beautiful beaches and a luxurious lifestyle. By 2014, the Census Bureau noted that the population of Florida exceeded that of New York.

In addition to New York, the inflow came from Connecticut, New Jersey and other Northeast states, as well as from California and Illinois. New Jersey’s richest person, David Tepper, moved with his hedge fund business to Florida in 2016. That single move cost New Jersey up to $100 million a year in lost revenue. Tepper probably saw the writing on the wall that changes to the tax code would reduce or eliminate the deduction of state and local income taxes.

This move to change residency became apparent for tax years beginning Jan. 1, 2018. Earlier this year, public officials expressed alarm that wealthy individuals were hotfooting it out of their states as quickly as they could to low- or no-tax states like Florida. Statistics have proven it out that homebuyers are moving in response to the changes to the federal tax law.

While bad for the Northeast states, that tax law change is reaping benefits for Florida. Miami appears to be the biggest winner just in time. The foreign buyers, who helped the city after the late 1980s financial crisis, have slowed their activities because of a regrettable political climate in many South American countries. Fortunately, it’s the Northeasterners now that are stepping in and replacing foreign condo buyers. To continue to welcome New Yorkers, Florida real estate developers have established several aggressive websites such as: www.unhappynewyorkers.com.

These days, advisors are expected to know the basic rules of residency to properly guide their prospective clients contemplating a move to Florida. The basic rules sound straightforward, but the devil is in the details. Under the New York State and City tax law, a “resident” is defined as someone who’s domiciled in the state or city. A “statutory resident” is an individual who maintains a “permanent place of abode” and spends more than 183 days of the tax year in New York. In general, your client’s domicile is the place he intends to have as his permanent home, where his permanent home is located and the place he intends to return to after being away (as on vacation, business assignments, educational leave or military assignment). An individual can have only one domicile. Your client’s New York domicile doesn’t change until he can demonstrate that he’s abandoned his New York domicile and established a new domicile outside New York.

As for statutory residency, there’s a two-part test. Part 1 requires that the taxpayer have a “permanent place of abode,” which is a residence (a building or structure where an individual can live) that he permanently maintains and has free access to, for a substantial part of the year, whether your client owns it or not, and is suitable for year-round use. If the place of abode condition is met and the individual is physically in the state for more than 183 days, the individual will be considered a statutory resident.

Our telephone is regularly ringing from individuals who aren’t sure whether they want to purchase a home in Florida because they’ll still have contacts with New York. These contacts run the gamut from grandchildren to business responsibilities. However, these contacts should not hold someone back from purchasing a home in Florida. Your client can become a Floridian while not abandoning all New York contacts. The key is to understand all the residency rules and know how they operate.

Alvan Bobrow is a partner in Akerman’s Tax Practice Group. Alvan provides counsel on state and local, federal and international taxation to clients in the financial services, manufacturing, e-commerce, entertainment and media sectors.