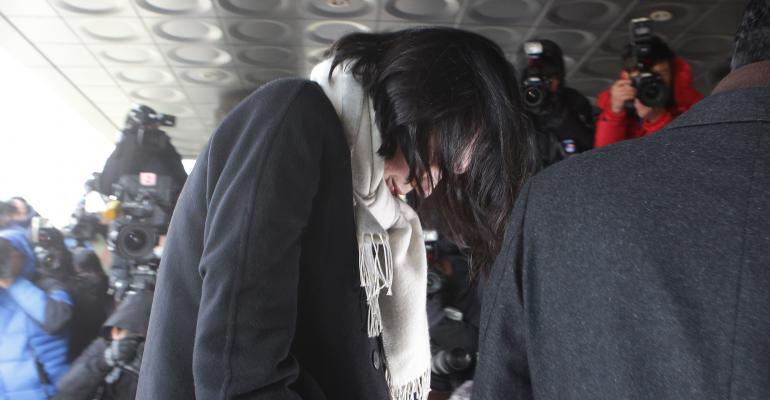 What can we learn from Heather Cho's "nut rage"?

A few weeks ago, in my article about Maurice Sendak’s estate and respecting non-family executors, I briefly brought up the idea that children inheriting positions of leadership are often given the benefit of the doubt until they give us a reason to question their acuity. I used James Dolan as an example in that piece, but events of the last several weeks have presented another wonderful illustration in Korean Air heiress Heather Cho.

The facts of this story have been difficult to avoid, but in case you’ve managed to do so, here are the nuts and bolts (sorry, I couldn’t resist): On a Dec 5th flight taxiing for departure, Cho, daughter of Korean Air Chairman Cho Yang Ho and herself a Vice President in the company in charge of in-flight sales business, catering and cabin service, was served a bag of macadamia nuts by a flight attendant. However, because the nuts were offered to her in a bag, instead of on a plate, in an alleged violation of first class procedure, she became enraged and began to berate the cabin crew. Accounts of exactly what transpired differ, but witnesses claim that Cho swore at the flight attendants, poked them with a flight manual and forced them to kneel and ask her forgiveness. She then forced the plane to return to the gate so that she could eject the offending attendant.

The backlash has been swift, violent and, frankly, entertaining. However, what makes this case particularly interesting is Heather Cho herself. When most of us hear about an heir who messes up like this, we conjure an image of a lazy “trust fund baby” who reached her position through obvious nepotism and simply isn’t competent to do her job. That just isn’t the case here. By sheer numbers, Cho was enormously successful in her position. Before the current incident, she’d been credited with re-forging Korean Air’s corporate identity by introducing new uniforms, refurbishing cabin interiors and overhauling in-flight services. According to The Moody Report, Korean Air is predicted to generate around $190 million in inflight sales in 2014, making it the worldwide leader in that category. Much of that success has been attributed to Cho.

But the numbers don’t tell us everything. Even though Cho was clearly competent and, perhaps, even outstanding in terms of the business side of her position, she was still ill-prepared for the interpersonal aspects of running a business. Here we see a different consequence of nepotism. When an heir knows that a position in an already established business is simply waiting for them, it can be easy for her to begin to consider the business and, by extension, it’s various employees as her property. That warped view seems to be the case here, as whispers have intensified that Heather and the rest of the Cho family routinely treated the airline’s employees as their servants. Educating an heir and instilling money values are both well and good, but if she doesn’t have an appreciation for the business itself, and the employees who make it work, then things can still go nuts.