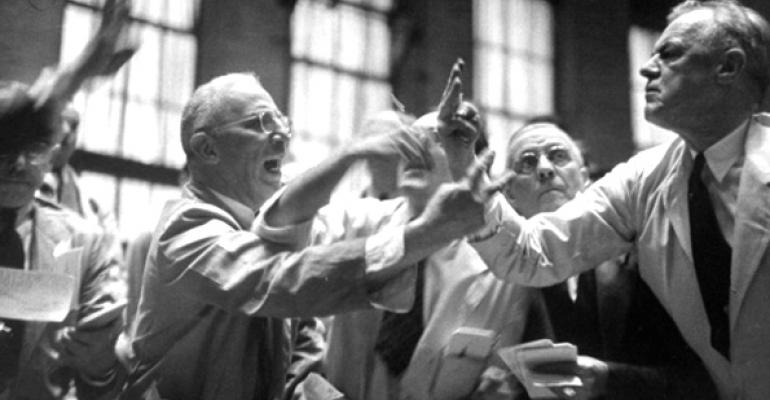 When Family Conflict Threatens the Business

When conflict arises between family and business goals, the natural inclination to minimize it can lead to a pattern of dysfunctional communication and greater discord.

Conflicts arise in every business setting. When they involve family members, there can be a very volatile set of emotions to handle. Before conflicts rise to the level of permanently damaging relations, family leaders may be well served to consider outside mediation to help successfully navigate the process in a more constructive manner.

A critical first step toward resolution is to recognize the true nature of the conflict, which is often obscured by discussions of specific positional stands. Due to family dynamics, the source of conflict may only be the presentation of a much deeper and more personal issue. As an example, a surface discussion over management style may represent a far larger issue around next generation leadership and its ability to develop a personal leadership style.

There is a natural, perhaps even evolutionary, desire for family members to attempt to resolve conflicts amongst themselves. The sense of belonging to a family unit is a fundamental psychological drive. When a family member inserts themself between two others in conflict, a temporary cease-fire may occur due to family loyalties. However, this phenomenon—known as “triangulation”—though well intended, discourages effective, direct communication as both parties to the dispute communicate through a third party. This persistently dysfunctional method of communication leads to emotional cut-off, where feelings are not expressed due to real or imagined fear of retribution.

Most major disagreements in business will involve the leader, and since current business leadership is disproportionately male, there are two commonly occurring communication triangles: a child attempting to resolve a dispute between parents or a mother attempting to resolve a dispute between father and child. In either case, the parties in conflict are able to voice their opinions and thereby achieve some level of personal identity, but the intervening party is left with two unenviable options. Either the intervener colors the communication between the parties with their own opinion or they faithfully relate the information and are left “voiceless.” Further, the intervening party bears the full brunt of the anger derived from the conflict between both parties, without being able to commit either party to a course of action, effectively rendering them powerless.

To characterize the intervening family member as a “referee” is a crucial mistake, since they do not hold the authority nor perspective of an outside arbitrator. First, they have no rulebook to enforce, no higher authority of a league on which to rely in order to give them personal authority. Even if the “rules of the game” were clear, they do not have the ability to enforce them, as there is no penalty for noncompliance. They certainly can’t eject anyone from the game. Secondly, family members can’t be impartial arbiters of justice, as every advocated position carries the weight of emotion, personal history, the current state of relationships and fears over the personal impact of the decision.

Some family conflict is natural and won’t need outside mediation. A few steps can be taken by the family leader to determine an appropriate response. First, all family members must be attentive when triangulation occurs during conflicts. Second, all parties must encourage direct communication rather than insisting an intervening member attempt to reach a resolution. If family members are unaware or unwilling to address the problem, outside mediation can help. If the conflicts are repeated, intentional and have a material impact on the economic or cultural environment of the business, an outside mediator is an effective solution. Warren Baker, a full-time mediator in Chicago, articulated the challenge this way in a piece on the subject: “The family and business systems interact with each other, but their goals, while they may overlap, are different. Helping to resolve the contradictions that arise as family and business goals conflict is the challenge of the family business mediator.” (ACResolution Magazine, Winter 2015, p.16). If a conflict can lead to significant damage to the family or the business, outside mediation should be considered.

There is more potential for positive resolution when outside professionals objectively assess a conflict. First, leaders gain the perspective of an experienced professional, which can provide personal growth. Leaders can gain new insights and opinions they may not have realized they were missing with their communication style. Secondly, direct communication with the party in conflict can yield previously unconsidered approaches. Conflict can be a great source of creativity. Diversity of opinion, properly managed, often leads to greater insight. Finally, given its past role as a trusted party to both sides of the conflict, the intervening party is now free to express their own opinion.

The importance of establishing new roles cannot be underestimated. Shifting ineffective communication habits to effective ones will require new ways for interactions to occur, and there is a deep-seated desire in families to maintain established roles. In her recent piece, How to Manage Chronic Conflict in Your Family Enterprise, Dr. Deb Houden detailed the dynamics involved:

“[Family] roles lead to dug-in automatic responses, they reduce flexibility and start to undermine the functioning of the family and business system… When you actively try to change a pattern, automatic behaviors are disrupted, which will cause anxiety within the system… When the pressure gets too intense for any one person and anxiety is high, the tendency is to fall back on the automatic behaviors—the same behavior that has caused us the troubles in the first place.”

Family members must be aware of the natural tendency to fall back to “autopilot” roles and encouraged to develop new roles in order to alleviate anxiety. Here again an outside consultant can be helpful. A consultant with a strong background in professional development and organizational culture can strategically redefine roles to ensure effectiveness and space for ongoing development for individuals and the organization.

When conflict arises between family and business goals, the natural inclination to minimize it can lead to a pattern of dysfunctional communication and greater conflict. The common practice of triangulation rarely leads to resolution of underlying issues and can be psychologically stifling to the parties involved. Perceptive leaders of a family-owned enterprise will make the family aware when the pattern emerges and enlist the help of outside professionals when needed to prevent damaging the family relationships or the business.