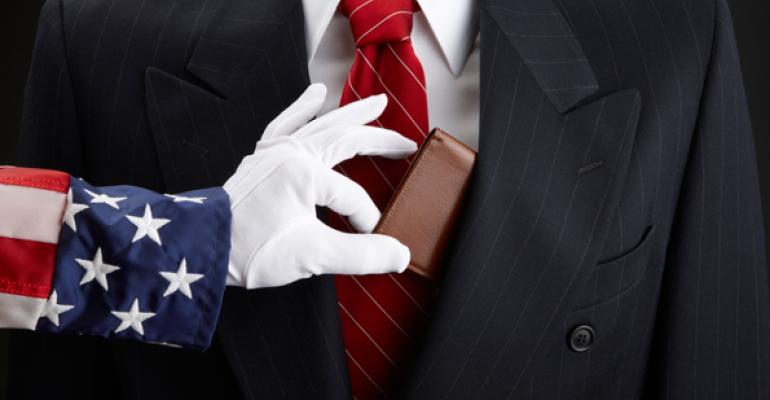 What’s Next for U.S. Taxpayers with Undisclosed Foreign Assets?

There are still many clients who are not aware of their disclosure and reporting obligations.

The United States is a nation of immigrants, many of whom arrive penniless, though many others accumulated wealth in their home countries. There are also numerous U.S. citizens who reside abroad, either temporarily or on an extended basis. What they all share is that they’re U.S. taxpayers who are taxed on income, irrespective of where that income is generated. In addition, all U.S. taxpayers have an obligation to disclose their overseas bank accounts to the U.S. Treasury Department using an annual form called an FBAR (Report of Foreign Bank and Financial Accounts), as well as on their tax returns. To this day, despite rampant publicity about the issue, there are still numerous individuals who are unaware of their disclosure and reporting obligations.

Since 2007, the U.S. Department of Justice and the Internal Revenue Service have been cracking down on U.S. taxpayers who failed to properly disclose their overseas income and assets. It started with subpoenas issued to investment bank UBS, which ultimately culminated in a deferred prosecution agreement between the DOJ and UBS. Pursuant to that deferred prosecution agreement, UBS paid over $780 million to the U.S. and agreed to turn over the names of U.S. taxpayers with accounts at its banks in Switzerland to avoid criminal prosecution. Approximately 150 banks around the world followed suit, and the U.S. and various foreign countries entered into mutual legal assistance treaties covering tax matters. Numerous other individuals were criminally prosecuted for their roles in hiding overseas money from the IRS. Further, in 2010, Congress passed the Foreign Account Tax Compliance Act, which requires taxpayers to disclose their foreign assets on their tax returns (Form 8938).

There have been some recent developments involving programs aimed at helping those who haven’t yet complied. Here’s what you should know.

In a partial effort to mitigate the consequences of nondisclosure to taxpayers who were unaware of their disclosure and reporting obligations, the IRS unveiled the Offshore Voluntary Disclosure Program in 2009. While there always was an opportunity for a taxpayer to attempt to preempt further action by the IRS and the DOJ by making a voluntary disclosure of the problem, the OVDP presented a formalized set of rules that provided some degree of certainty to taxpayers. The OVDP, which first ended in October 2009, was resurrected in 2011 with a limited duration and then resurrected again in 2012. Taxpayers who voluntarily came forward and advised the IRS of the nature and extent of their previously undisclosed foreign assets and income were given assurances that the IRS would recommend against criminal prosecution of these taxpayers. In addition, taxpayers were required to pay all outstanding taxes and interest, a 20 percent penalty on the amount of previously unpaid taxes (up to an eightZyear period of noncompliance) and a miscellaneous offshore FBAR penalty on all undisclosed foreign assets. The FBAR penalty initially was 20 percent and was increased to 25 percent in the 2012 iteration of the OVDP. In the 2014 amendment to the OVDP, this number became 27.5 percent, up to a potential of 50 percent of the highest account balance. These figures, while sometimes steep, pale in comparison with potential penalties if the taxpayers don’t enter into the OVDP and are instead audited by the IRS. In the latter case, in addition to potential criminal sanctions, taxpayers could pay: (1) up to a 75 percent fraud penalty for the additional previously undisclosed income, and (2) up to the greater of $100,000 or 50 percent of the highest balance of previously undisclosed overseas bank accounts, up to the entire account balance, for each year of willful noncompliance with FBAR requirements.

Taxpayers who haven’t already done so can still submit applications for the OVDP until Sept. 28, 2018. Taxpayers who fail to submit their completed applications, along with the requisite forms, are at risk of being shut out of this program.

The IRS has stated that its traditional voluntary disclosure will still remain in effect, but that program doesn’t have the penalty schedule prescribed by the OVDP and leaves much to the discretion of the IRS.

Since 2014, U.S. taxpayers who failed to report income from foreign assets and failed to file their FBARs because they didn’t know of the offshore account or because they were given incorrect professional advice, among other non-willful reasons, are eligible for the streamlined procedure. Those U.S. taxpayers eligible for the streamlined procedure who reside in the U.S. only have to pay additional taxes, interest and 5 percent of the highest asset value of the previously undisclosed foreign assets. Those U.S. taxpayers who reside abroad and qualify for this streamlined compliance only have to pay taxes and interest. In neither circumstance does the IRS give any assurance about non-prosecution, and the IRS could subsequently audit the amended returns filed.

The streamlined compliance program will continue beyond Sept. 28, 2018, the expiration date for the OVDP.

Amended or New FBARs When No Tax Is Due

There’s a procedure available to those who’ve paid all taxes due but failed to file accurate FBARs or other information returns. That procedure will remain in place beyond the Sept. 28, 2018.

The IRS has made it clear that it intends to continue to increase the number of criminal prosecutions of taxpayers involved in failing to report overseas assets. The sources of information from these potential prosecutions are many. Additional disclosures are likely to be gleaned from overseas banks that continue to enter into non-prosecution or deferred prosecution agreements with the DOJ and from data mining and cross-referencing of disclosures already made by taxpayers, such as in OVDP, and streamlined compliance submissions and in FATCA filings, in addition to other more traditional sources of information.

The Time Is Now

Individuals who’ve unreported foreign income should consult with counsel about their eligibility for the soon-to-expire OVDP or about whether they might be eligible for the streamlined compliance. Those who fail to do so should recognize the potential perils.