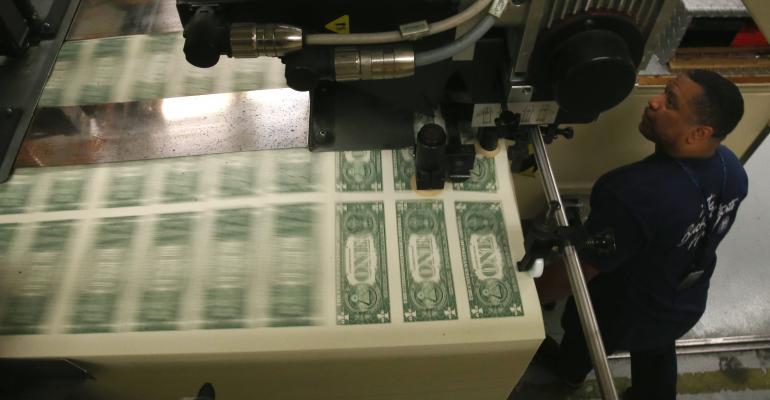 Investment managers Paul and Wesley Karger view themselves as financial confidants for ultra-high-net-worth families and individuals. You might call them money whisperers for the well-off.

The twin brothers—who previously handled investments for high-net-worth clients at UBS—launched Boston-based TwinFocus Capital Partners LLC in 2006 to serve clients with balance sheets totaling at least $100 million. Today, the multi-family office manages about $4.5 billion for 33 family-office clients around the world, with 60 percent to 70 percent of them living in the United States.

TwinFocus targets an array of asset classes, including stocks, bonds, mutual funds, private equity and real estate, according to Paul Karger. Many of the firm’s clients are professional investment managers, so they’re familiar with those asset classes. However, that doesn’t mean they’re inclined to do what’s in their own best interest.

“In some cases, we’re protecting the clients from themselves and from making bad decisions on taxes, legal structure and, in many cases, investments,” Karger says.

For instance, he says, TwinFocus might help a client avoid a bad investment decision like putting money into the roll-up of 12 rental properties that was pitched by a college pal.

“The mistakes that are made, it’s just crazy,” Karger says. “They just don’t put in the same effort into their own personal dealings as they do professionally.”

The firm’s clients tend to be “very sophisticated” and are apt to consider “interesting” individual real estate assets.

In this Q&A with NREI, Karger discusses the “backyard biases” of clients, the “financial engineering game” of real estate deals, the attraction of assets with “hair” on them and other aspects of investing on behalf of UHNW families and individuals.

NREI: What is your approach to real estate deals?

Paul Karger: We’re typically co-investing or providing joint venture equity alongside a handful of very substantial real estate families in America. I don’t want to name names, but we have some very close relationships with families that are worth half a billion, a billion or billions of dollars.

A lot of times, these families come across opportunities where they don’t necessarily want to take the whole thing down themselves; they’d rather share the risk. It’s really just a way to expand their own capital base. They may get a management fee for managing the property—in most cases they do—but we’re literally sitting side by side. In that, I’ve got a partner that has serious skin in the game. I’m completely aligned with them because they’re not feeing off me or promoting off me.

Paul Karger: I say to these families, “I only want out if you guys are getting out.” My families are looking for long-term, sustainable assets to own. Every time I sell something, I’ve got to turn around and do due diligence to buy something else. So if I find a good asset—even on the private equity side, not just on the real estate side—I want to be in it until my partners are getting out as well.

NREI: What sorts of real estate assets grab the most interest from your clients?

Paul Karger: We do invest nationwide, but I would say, by and large, that families tend to have backyard biases. They like to know what they own and be able to drive by it, unless the opportunity is overwhelmingly compelling.

The challenge I think that we have today from a general real estate investing perspective, especially in commercial, is there’s so much money out there. All of these deals are picked over. Unless you’re finding off-market deals, you’re at the table with 20 other MBAs sitting around, penciling in rental growth assumptions. It’s a financial engineering game—who can get the cheapest leverage?

The advantage we have is we’re willing to look at various deal sizes. We’ll look at smaller stuff; we’ll look at some stuff with hair on it.

NREI: What property types do you typically invest in?

Paul Karger: The most common for us—and, by and large, in the family office space—has been multifamily. It’s just been because of the expansion of the multifamily product over the last 10 to 15 years and the demand in various sub-pockets within the United States.

But we’re super opportunistic. We own warehouse and industrial. We even own portfolios of cellphone towers, which are effectively real estate; we’ve been out buying the land under cellphone towers.

We’re a bit of an off-the-run shop. We’ll look into lots of interesting things that other people won’t look at because they can’t get their arms around them. We’d rather own the funky off-the-run warehouse and collect a 10 cap on it and refinance it at an 8 than buy one of those trophy assets.

NREI: Which segments of commercial real estate are you watching more closely in 2018?

Paul Karger: It’s no secret: I think the industrial theme and the warehouse theme will continue. That being said, we typically like to buy stuff that’s a little bit more distressed or has got some hair on it. We are paying more attention to parking because everybody’s freaked out about cars going away and driverless cars, and the notion of having parking in the city. I think people are throwing out the baby with the bathwater in that asset class; there are some interesting opportunities out there.