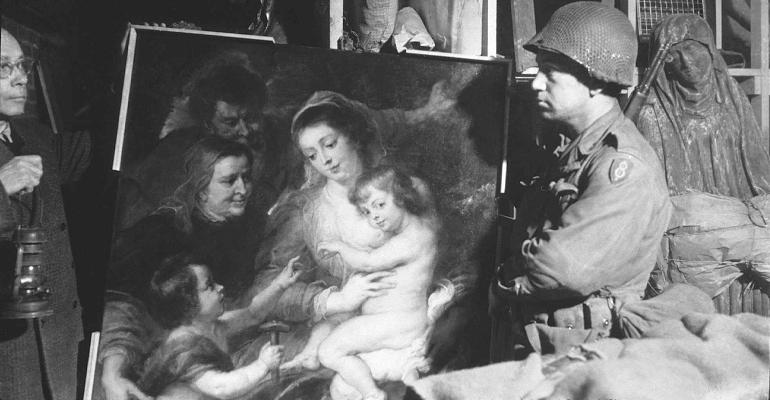 Weighing the Risks and Returns of Art and Antiquities

Antiquities, works with ties to World War II and the Holocaust, and American Indian artifacts all merit special attention.

Investing in art is about more than flipping works for a quick profit, especially today when the risks are dramatized in one scandal after another. Buying a beautiful painting, unique antiquity, or culturally significant object can yield personal, aesthetic and financial returns.

But the art market—with its price volatility, lack of regulation, high levels of secrecy, and need for reliable expertise—exposes buyers to a number of risks. Some are well-known; for example, nobody wants to acquire a fake or forgery, and we have recently seen dozens of investors lose millions on artwork that turned out to be worthless forgeries. Other risks are less clear. So, how can investors avoid the pitfalls when looking to expand their collections?

The No. 1 rule is to be careful: Do your due diligence. Whatever the problem, developing an object’s provenance or history of ownership and possession is at the heart of any solution. Due diligence means asking questions that probe the seller for information and documents—we want to stress the importance of documents—and conducting independent research into the history of a piece. The art market has long thrived on self-serving pronouncements of self-appointed experts and, as a result, has been able to trade poorly documented objects with dubious pasts.

The No. 2 rule: if something about the seller, the work or the transaction seems suspicious, walk away.

Authenticity is of paramount importance when collecting antiquities, as is the provenience (or “find spot”) of an object and date of export from the source country. While no approach guarantees that you are looking at a legally acquired antiquity, particularly in an era where much of the world seems embroiled in armed conflict, these safeguards can help:

Collectors of pre-1933 artworks, such as impressionist and modern works of European origin, should be acutely aware of gaps in provenance. Before and during World War II, the Nazi government systematically confiscated millions of artworks and cultural objects, and purchased others at below-market prices through coercion or duress. Other objects were simply casualties of wartime, lost without subsequent restitution or believed to be destroyed. Pieces that changed hands in Europe between 1933 and 1945, or have no recorded ownership history during that time, are highly suspect. To minimize your risk:

Risk is present even if buyers follow all these safeguards; under U.S. law, a thief cannot transfer a title. Purchasing a work in good faith does not protect against a legitimate claim by a Holocaust victim’s heirs.

Because European contact with American Indian tribes began centuries ago, tracing tribal objects can be exceedingly difficult. American Indian artifacts were often forcibly removed, used as bargaining chips, sold by individuals who were not authorized by their tribe to sell (or given as gifts not intended to be further traded), making it challenging to know when it is legal to buy, sell, or own them. The best option is to contact a tribal representative to determine whether the tribe objects should be sold or exhibited. Remember to:

End Note
1 UNESCO’s Convention on the Means of Prohibiting and Preventing the Illicit Import, Export and Transfer of Ownership of Cultural Property was adopted in 1970, and American museums hesitate to acquire antiquities whose history cannot be documented back to that date.

Tom Kline and Eden Burgess are both partners at Cultural Heritage Partners, PLLC.