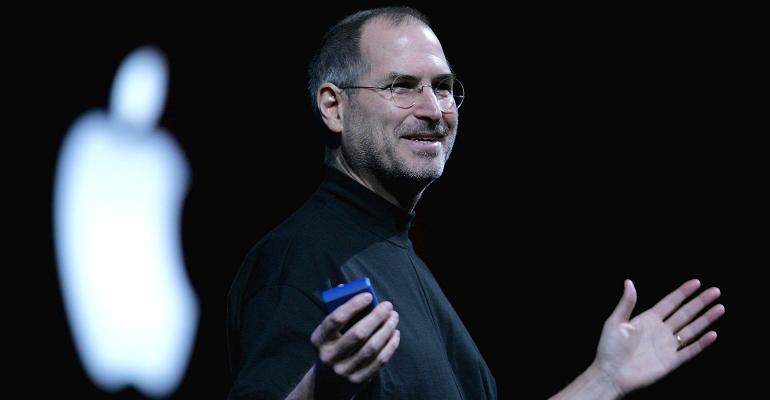 A Wealth Tax Is Simply Un-American

It would make the U.S. less hospitable to the most visionary entrepreneurs.

Most of the criticism of a wealth tax, an idea that is quickly becoming mainstream within the Democratic Party, revolves around its feasibility. The more compelling argument, however, is against it on principle: It would allow the federal government to undermine a central animating idea of American capitalism.

Set aside the questions of whether a wealth tax would be constitutional or how much revenue it would raise. Instead focus on whether it could be made to work — and what it would mean if the answer is yes.

The U.S. probably could design a wealth tax that works. As economists Emmanuel Saez and Gabriel Zucman point out, European attempts at a wealth tax suffered because the tax started at too low a level and because too little was done to prevent tax competition.

Related: Sanders’ Wealth Tax Would Cut Billionaires’ Net Worth in Half

Until 2018 France placed a “solidarity” tax on wealth in excess of 1.3 million euros. The low threshold meant that those with moderately successful small businesses were subject to the tax every year, regardless of whether they were profitable. Meanwhile, the very wealthy could move to London and avoid the tax altogether. In 2006 it was estimated that 843 high-net-wealth individuals left France as a result of the tax. The tax was functionally a levy on those without the means to avoid it. Predictably, this made it highly unpopular.

Saez and Zucman propose exempting at least the first $50 million, a provision that both Elizabeth Warren and to a lesser extent Bernie Sanders have endorsed. That would address the problem of the tax starting too low.

As far as tax competition is concerned, the size of the U.S. economy — and the importance of the U.S. in the global financial system — would allow it to put enormous pressure on tax havens to cooperate. If a country was harboring runaway billionaires, the U.S. could effectively lock it out of the international financial system. That would make it practically impossible for high-net-worth people to have control over their wealth, even if it they could keep the U.S. government from collecting it.

The necessity of this type of harsh enforcement points to a much larger flaw in the wealth tax: Billionaires don’t accumulate wealth just to engage in extravagant consumption, although many do that too. The main advantage of their wealth, I suspect, is that it allows them to control the destiny of the enterprises they founded.

A wealth tax stands in the way of this by requiring billionaires to sell off stakes in their companies to pay the tax. For publicly traded companies, this means owning a dwindling share of the outstanding stock. For privately held companies, this means transferring some of the company directly to the government (under Sanders’s plan, the government could take up to 8%).  After a few years even a founder who started out with complete ownership would have just a minority stake in their company.

For Saez and Zucman, this is a feature, not a bug. In a discussion last week with some of us at Bloomberg Opinion, Saez explained that the point was to democratize large companies and move them toward professional management. If the founder is the best person to run the company, he argued, then she could be hired as CEO even if she owned no shares of the company at all. Steve Jobs, he pointed out, came back to run Apple after being ousted.

Consider that example for a moment: Jobs was invited back to Apple precisely because it collapsed without him. One of the things that makes capitalism work is the way it makes economic resources available to those who have demonstrated an ability to deploy them effectively. It’s the upside of billionaires.

Textbook economic theory sometimes pretends that all companies are alike, and that profit-maximizing occurs naturally. In reality, the vision of the founder is often a company’s most crucial non-transferable asset.

A wealth tax designed to democratize control over companies would strike directly at this strength. The predictable results would be, in the short run, the curtailment of existing founders’ control. In the longer run, a wealth tax would penalize the founders with the most dedication to their businesses. Entrepreneurs would be less likely to start businesses, in Silicon Valley or elsewhere, if they think their success will result in the loss of their ability to guide their company.

A wealth tax would make the U.S. less hospitable to the most visionary (and yes, often eccentric) entrepreneurs, who do so much to make the U.S. economy resilient and dynamic. America’s anything-is-possible style of capitalism is not only one of the nation’s defining features, but also one of its greatest strengths.

To contact the author of this story:
Karl W. Smith at [email protected]

To contact the editor responsible for this story:
Michael Newman at [email protected]