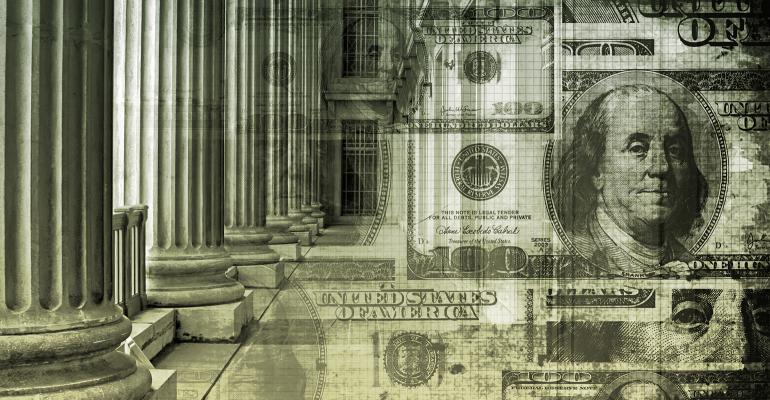 (Bloomberg) -- Americans are about as wealthy as they've ever been—and that's a worry?

Yup, say veteran economists Daniel Thornton and Joe Carson. They're concerned that the swelling of wealth could prove unsustainable because it's far outstripped the growth of the economy since the recession's end in 2009. Thornton, who spent 33 years at the Federal Reserve Bank of St. Louis before retiring in 2014, says in effect that we've seen this picture before. Household net worth ballooned in the late 1990's and the early 2000's; in the first instance pumped up by rising stock prices, in the second by expanding home values. Both cases ended badly, with the economy falling into recession after the bubbles burst.

The same thing could happen again, if you ask Thornton, who now heads a consulting company in Valley Park, Missouri. Just as occurred in the previous two episodes, the latest expansion of wealth has been driven more by rising prices of assets—in this case both shares and homes—than by improved economic fundamentals, he said.

Since 2009, households have seen their holdings of stock and mutual funds nearly double, to $20.6 trillion. Only 6 percent of that gain can be ascribed to new flows of money into the funds or share purchases, according to calculations by Carson, director of global economic research at AllianceBernstein LP in New York. The rest is due to price appreciation.

As a share of disposable personal income, household net worth hit a record high 652.7 percent in the first quarter of last year. (For comparison purposes, the high during the housing boom was 648.3 percent at the end of 2006.) It's since slipped, to 640.4 percent on March 31 of this year, as equity and house price gains have slowed.Despite this, Carson sees good reasons to expect the economic expansion to continue, perhaps for another three to four years. Outside of the energy sector, company profit margins are elevated and costs largely contained, though wage growth is starting to pick up. Household debt burdens are very manageable.

The problem, he said, is that "the financial cycle is way ahead of the economic cycle.'' That's a worry given that the past two downturns were driven by asset-price deflation.

"Nobody knows what's going to happen,'' Thornton said. "But there's plenty of reason to think that’s a scary graph.''