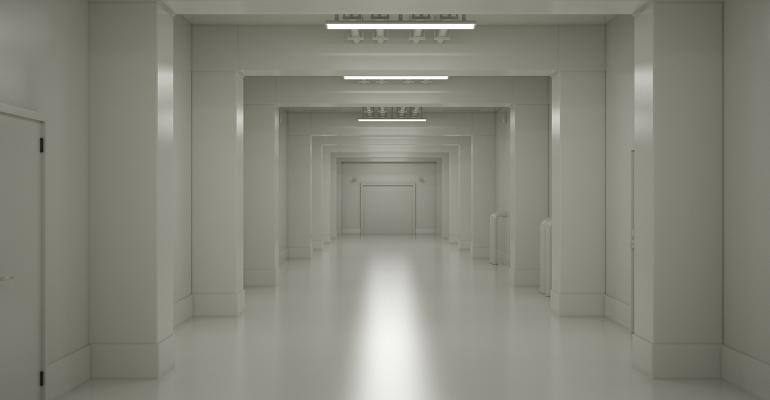 (Bloomberg) -- As coronavirus infections tore across the U.S. in early March, a Silicon Valley executive called the survival shelter manufacturer Rising S Co. He wanted to know how to open the secret door to his multimillion-dollar bunker 11 feet underground in New Zealand.

The tech chief had neve­r used the bunker and couldn’t remember how to unlock it, said Gary Lynch, general manager of Texas-based Rising S Co. “He wanted to verify the combination for the door and was asking questions about the power and the hot water heater and whether he needed to take extra water or air filters,” Lynch said. The businessman runs a company in the Bay Area but lives in New York, which was fast becoming the world’s coronavirus epicenter.

“He went out to New Zealand to escape everything that’s happening,” Lynch said, declining to identify the bunker owner because he keeps his client lists private. “And as far as I know, he’s still there.”

For years, New Zealand has featured prominently in the doomsday survival plans of wealthy Americans worried that, say, a killer germ might paralyze the world. Isolated at the edge of the earth, more than 1,000 miles off the southern coast of Australia, New Zealand is home to about 4.9 million people, about a fifth as many as the New York metro area. The clean, green, island nation is known for its natural beauty, laid-back politicians and premier health facilities.

In recent weeks, the country has been lauded for its response to the pandemic. It enforced a four-week lockdown early, and today has more recoveries than cases. Only 12 people have died from the disease. The U.S. death toll stands at more than 39,000, meaning that country’s death rate per capita is about 50 times higher.

The underground global shelter network Vivos already has installed a 300-person bunker in the South Island, north of Christchurch, said Robert Vicino, the founder of the California-based company. He’s fielded two calls in the past week from prospective clients eager to build additional shelters on the island. In the U.S., two dozen families have moved into a 5,000-person Vivos shelter in South Dakota, he said, where they’re occupying a bunker on a former military base that’s about three-quarters the size of Manhattan. Vivos has also built an 80-person bunker in Indiana, and is developing a 1000-person shelter in Germany.

Rising S Co. has planted about 10 private bunkers in New Zealand over the past several years. The average cost is $3 million for a shelter weighing about 150 tons, but it can easily go as high as $8 million with additional features like luxury bathrooms, game rooms, shooting ranges, gyms, theaters and surgical beds.

Some Silicon Valley denizens have already made the move to New Zealand as the pandemic has escalated. On March 12, Mihai Dinulescu decided to pull the plug on the cryptocurrency startup he was launching to flee to the remote country. “My fear was it was now or never as I thought they might start closing borders,” said Dinulescu, 34. “I had this very gripping feeling that we needed to go.”

Dinulescu packed his bags and left his furniture, television, paintings and other belongings with friends. He bought the earliest plane ticket available and within 12 hours the Harvard University alum and his wife were on a 7 a.m. flight bound for Auckland. In San Francisco, “the entire international section of the airport was empty—except for one flight to New Zealand,” Dinulescu said. “In a time when pretty much all planes were running on a third occupancy, this thing was booked solid.”

Four days later, New Zealand closed its borders to foreign travelers, which could thwart some refugee travel plans. Dinulescu said he has connected with about 10 people in New Zealand who made the jump before the shutdown, but “a lot of venture capital people I know were not afraid enough in time for the border close,” Dinulescu said. “And now they can’t get in.” After the shutdown was announced, however, local press reported a slight increase in private plane landings in the country.

Dinulescu is now working for Ao Air, a small startup that's designing an air filtration mask to rival the N95. Its co-founder, New Zealander Dan Bowden, said he’s fielded inquiries from about a dozen hopeful employees from the U.S. tech industry since the start of the pandemic, but that generally he’s wary of these requests.

"Some people are scared and reaching out just because they want a visa," Bowden said. One potential U.S.-based investor even asked if he would be eligible for New Zealand residency if he boosted his investment in the startup. Notably, New Zealand does offer an investor visa for about $6 million for three years.

The current travel restrictions complement another order, passed in August 2018, banning foreigners from buying Kiwi homes, partly in response to Americans gobbling up swaths of the country's prime real estate. That’s been a hurdle for New Zealand luxury real estate agent Graham Wall, who said that in recent weeks he’s gotten about half a dozen calls from wealthy Americans hoping to buy up properties on the island.

"They have all said it looks like the safest place to be is New Zealand right now,” he said. “That’s been a theory since before Covid-19.”

Over the years, the moneyed North Americans who have managed to wrangle properties there include hedge-fund pioneer Julian Robertson, Hollywood film director James Cameron and PayPal Holdings Inc. co-founder Peter Thiel, who has two estates in New Zealand, one of which features views of snow-capped mountains and has a safe room.

Though not in a mansion, Dinulescu has no plans to return to the Valley until the pandemic recedes. He is now holed up on Waiheke Island with his wife in a two-floor, three-bedroom house with ocean views for $2,400 a month—more than a third less than what they were paying for their two-bedroom apartment in San Francisco.

The couple chose Waiheke, with a population of about 9,000, for the proximity to its other elite residents. Dubbed “the Hamptons of New Zealand,” the island is home to epic cliff-top mansions and world-class wineries. Sir Graham Henry, former coach of the All Blacks rugby team, owns a home there, as does the packaging tycoon Graeme Hart.

“Frankly, we were billionaire hunting,” Dinulescu said. “We wanted to figure out where all the other Silicon Valley people would be.” So far, he said he hasn’t rubbed shoulders with any tech elite: “Everyone has been in self-isolation.”

Perrin Molloy, a local builder who has lived on the island since he was 11, described Waiheke as a “billionaire’s playground.” Molloy is often called to do repair jobs inside mega-mansions on the island, many of which are empty almost year-round. “These homes are designed to be a sanctuary for wealthy billionaires when they need to get away from what’s happening in the rest of the world,” he said.

On Waiheke, it’s common for builders to not know the identities of the homeowners they’re working for, Molloy said, and doomsday-related renovations are fairly routine. One of Molloy’s colleagues helped build a $12 million house in a private bay that had an “air tunnel” marked in the foundation plans that could easily fit four people walking shoulder-to-shoulder. “It was quite obviously an escape tunnel in the basement,” he said.

The virus is likely only to fuel the disaster preparedness industry in New Zealand and beyond. “Obviously the coronavirus is making people realize how vulnerable we all are, but what people are really concerned about is the aftermath,” said Vicino, the Vivos founder, who believes the wealthy fear an economic collapse or global depression could lead to uprisings against the top 1%. “They don't want to have to defend their homes when the gangs of looters or marauders show up.”

Former Prime Minister John Key was often approached about the country’s popularity as a doomsday location while in office. “I’ve had a lot of people say to me that they would like to own a property in New Zealand if the world goes to hell in a handbasket,’’ Key said in an interview with Bloomberg in 2018.

Sam Altman, former president of Silicon Valley startup incubator Y Combinator and chief executive officer of OpenAI, has helped boost New Zealand’s reputation as a respite, previously telling the New Yorker that in the event of a pandemic he planned to escape there with Thiel. However, in an interview last week he said, “It’s a very lovely place, but I don’t know anyone who has run away to New Zealand.” Some fellow entrepreneurs have headed up to Napa Valley, but Altman says he hasn’t heard of any peers escaping internationally because of the virus.

Instead, Altman is sheltering in place in his San Francisco apartment, he said. Currently, like so many others, he’s growing his facial hair and watching Tiger King on Netflix.

To contact the author of this story:
Olivia Carville in New York at [email protected]