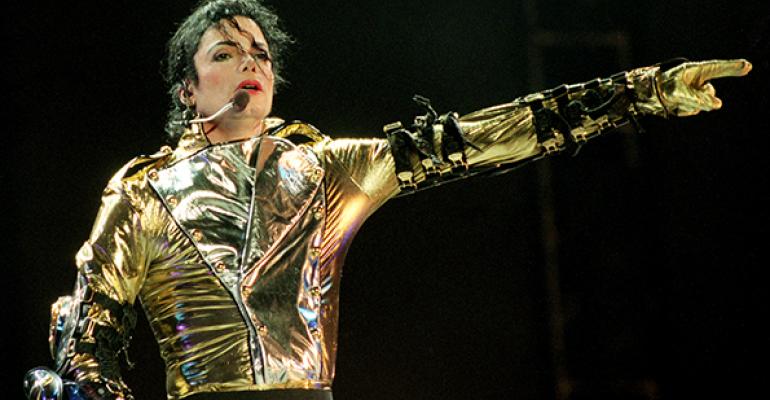 The Valuations of Michael Jackson's Estate are "Off the Wall"

The IRS increases its demands

The Internal Revenue Service recently admitted that it made an error in its initial valuation of Michael Jackson’s estate, as reported in Forbes. Now, before anyone gets too excited about the rare opportunity to enjoy the IRS eating some delicious crow, correcting this valuation “mistake” has actually increased the King of Pop’s estate tax bill by roughly $29 million, bringing it to a current total of $731 million. Even when the IRS messes up, it still gets paid.

The sources of this confusion are several master recordings owned by Jackson at his death in 2009. Previously, the IRS had believed Jackson owned only a 50 percent interest in the recordings, when he actually owned 100 percent of them. Fixing this oversight increased the value of Jackson’s interests dramatically to, at the IRS’ reckoning, $91 million; a stark difference from the $11 million reported by Jackson’s estate.

As crazy as it sounds, there are aspects of Jackson’s estate where the divergences between the two sides’ respective valuations are even greater. The most interesting of these is the relative worth of Jackson’s name and likeness. The IRS valued them at $434 million, an enormous number for sure, but seemingly plausible on its face, given Jackson’s unparalleled celebrity and cultural impact. Jackson’s estate, on the other hand, reported the value of his name and likeness as $2,105. There’s no typo there. I didn’t forget 3-4 zeroes. Jackson’s estate claimed that his likeness was worth about the same as a (crappy) used car.

Where this issue gets complicated is in our own perceptions of Jackson himself. In the years since his death, as is fairly common amongst artists in any medium, he’s experienced a renaissance, and his estate has profited to the tune of roughly $700 million. That being said, the likeness being valued here is that on the date of his death in 2009, when he was years removed from a successful album or tour, and his reputation was in tatters as a result of numerous accusations of child abuse. Even in that dilapidated state, valuing Jackson’s likeness at $2,105 was ludicrous. But, given the state of his reputation in 2009 and ignoring the post-mortem bump he’s received, $434 million is probably just as far off.

As outlandish as some of these numbers seem, it’s important to realize that in high profile estate tax clashes like this one, the initial valuations are just the opening salvo in what will be a much longer negotiation. Though celebrities and their advisors will be keeping a close eye on the eventual settlement (particularly the name and likeness valuations), the odds this conflict will see the inside of a courthouse are pretty long. The Jackson estate probably has more money than it’s willing to admit, and the IRS likely is willing to take less than it’s asking. There’s surely a number in there that will make them both happy (or neither, if you believe the old adage about successful settlements).