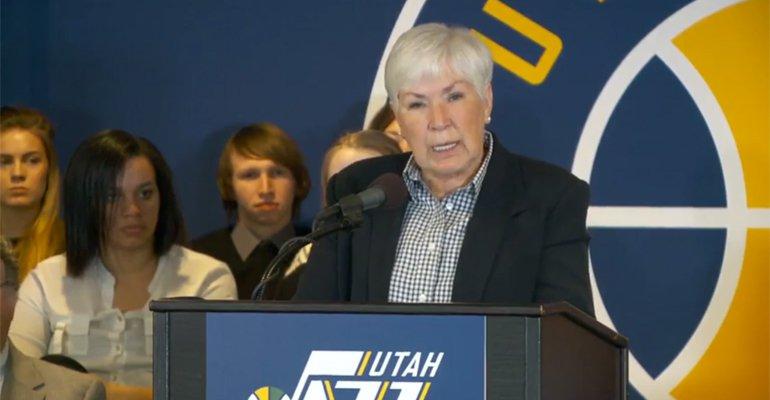 Utah Jazz owner Gail Miller recently made basketball news by announcing that she and her family had transferred the NBA team into a dynasty trust.

Utah Jazz Owner, Gail Miller, recently made basketball news by announcing that she and her family had transferred the NBA team and the Vivint Smart Home Arena into a dynasty trust. Gail Miller and her late husband, Larry Miller, bought the franchise in 1985 for $26 million. The transfer into the dynasty trust was part of a larger family estate plan. According to Miller, the trust will “last forever, as long as we have people who are willing and able to take care of it.”Although the details of the trust are private, the Miller family and their advisors have made several public statements about the transfer. These statements provide hints about the trust design and illustrate the flexibility and benefits offered by dynasty trust planning.

A dynasty trust (also known as a legacy trust) is a long-term trust designed to hold family assets for multiple generations. Dynasty trusts differ from other types of trusts, which are often designed to terminate on the death of the trust creator or his or her children. Dynasty trusts are designed to hold assets for as long as possible under state law. Although beneficiaries may have limited access to trust income or principal during their lifetimes, they do not receive the property outright. It continues to be held in trust for the next generation. Most dynasty trusts are irrevocable and fully or partially exempt from generation-skipping transfer (GST) taxes. In 2017, a married couple can allocate a total of $10.98 million GST exemption to a dynasty trust. The initial transfer is often seed money. Dynasty trusts usually make few distributions in the first few decades, allowing the initial transfer to appreciate. If the initial $10.98 million of trust assets appreciate at 8 percent per year, the trust will be worth more than $20 million in ten years. All appreciation remains exempt from estate or gift tax as long as the trust exists. This helps ensure that future generations do not pay taxes on future transfers until the trust terminates.

Dynasty trusts also have asset protection benefits. Beneficiaries of a dynasty trust usually have no right to distributions. Instead, dynasty trusts are typically structured as discretionary trusts with spendthrift clauses that prevent trust assets from being used to satisfy debts or other obligations of the beneficiary. This protection extends to the marital estate and prevents trust assets from being subject to equitable division if a beneficiary is involved in a divorce.

The Miller Family’s Trust for the Utah Jazz

One of the main benefits of any non-testamentary trust is privacy. Because the legacy trust used by the Miller family is not public, we do not know exactly how the trust is structured. But we can glean some information from recent statements that the Miller family and related parties have made in the past week.

One of the primary purposes of dynasty trusts is to prevent wealth dissipation by providing consolidation of assets and continuity of management over the long term. This appears to have been a significant factor in the Miller family’s decision to establish the trust. According to the Salt Lake Tribune:

“[Gail] Miller will serve as the trustee, and will eventually cede control of the franchise to a six-person board of managers, comprised of members of her family ... The board of managers will need either a majority or a super majority, depending on the nature of the business, to make future decisions for the franchise, attorney and former Utah Jazz president Dennis Haslam said.”

If this is correct, Gail Miller will serve as the initial trustee. This is somewhat unusual for a dynasty trust, which is typically irrevocable and designed to remove assets from the trust creator’s estate for transfer tax purposes. In most cases, an independent third-party trustee is named to manage the trust assets. This ensures that the trust creator retains no rights over the assets that could cause the trust to be included in the trust creator’s estate for tax purposes. Here, we do not know how the trust fits in the Miller family’s larger estate plan. It is possible that, even though Ms. Miller serves as the initial trustee, the trust was designed so that she did not keep any retained interests that could trigger inclusion in her estate.

Control of the trust will eventually pass to a board of managers that will make decisions by majority or supermajority vote. These managers will be comprised of family members, but it is unclear how the role of manager relates to the trust. These managers could be co-trustees of the trust, an advisory committee that advises the trustee about various decisions, or a group of multiple trust protectors with limited rights over the trust. Although this group management structure is somewhat unique, it illustrates the flexibility available in the trust design process.

The Trust Provides No Immediate Economic Benefit to the Miller Family

Ms. Miller has stated that the trust will not provide any “material benefit to the family from the Jazz.” It isn’t clear whether this statement is true for the long term. Each trust must have a beneficiary, and in this case it is probably safe to assume that the Miller family are the named beneficiaries if the trust. It is possible that Ms. Miller’s statement relates only to the short term and that the Miller family will ultimately benefit from the trust in the future.

Dennis Haslam is a former President of the Jazz and helped to get the NBA’s approval to transfer the franchise into the trust. He has been quoted as saying:

“The profit stays within the trust. The profit that stays within the trust will be used as retained earnings, for expansion, for player salaries, or other operations. There could be a time period where the Jazz aren’t profitable, so we’ll stockpile cash. This trust will be well-supported financially, and will be able to survive into the future for generations and generations.”

The Trust is Long-Term

The dynasty trust used by the Miller family demonstrates how innovative thinking can be implemented in the trust design process. Some benefits of the trust—GST tax savings, continuity of management, and asset protection—are available to all dynasty trusts, but other features are less common. Most dynasty trusts do not have a board-managed structure, provide no economic benefit to the family, and allow the trust creator to serve as trustee. The fact that these unusual features could be incorporated into the trust while still accomplishing the Miller family’s objectives demonstrates the flexibility and benefit provided by dynasty trust planning.

This article is courtesy of WealthCounsel, a community of over 4,000 trusts and estates attorneys with a common goal to practice excellence. To learn more, visit wealthcounsel.com. Jeramie J. Fortenberry, J.D., LL.M. is a member of WeathCounsel's Legal Education Faculty.