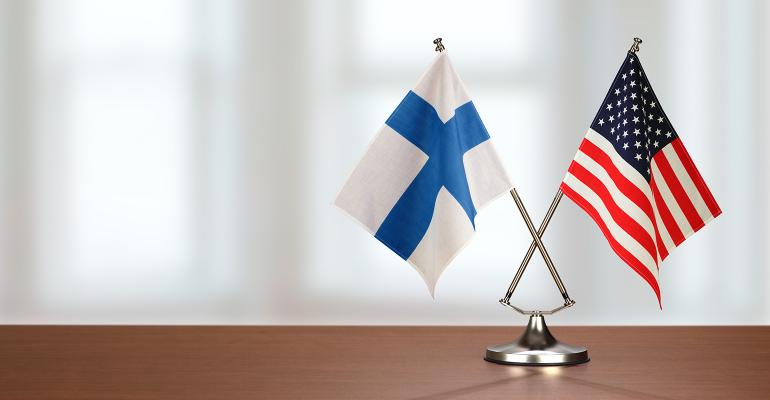 On May 1, 2019, the U.S. Department of Justice (DOJ) announced that the Internal Revenue Service had obtained a court order authorizing the service of “John Doe” summonses on three U.S. banks in connection with Finnish residents who were regularly and frequently using U.S. bank payment cards in Finland.

In response to the request from Finnish tax authorities, the IRS and DOJ petitioned the U.S. District Court for leave to serve “John Doe” summons on the three U.S. banks. “John Doe” summons are used when the IRS has reason to believe that certain taxpayers aren’t in compliance with the law but doesn’t know the specific taxpayers’ identities. The IRS submitted the petition to assist the Finnish government after finding that there was a reasonable basis to believe that certain Finnish taxpayers may have failed to comply with the internal revenue laws of Finland and that the requested information wasn’t readily available from other sources.

The IRS has used “John Doe” summonses in the past to obtain offshore account information, including in connection with its own initiatives relating to non-U.S. credit and debit card use and undeclared non-U.S. bank accounts held by U.S. taxpayers, as well as more recently at the request of the tax authorities in the Netherlands and Norway.

In fact, the IRS’ use of “John Doe” summonses goes beyond banks. On May 15, 2019, a Texas District Court judge upheld the IRS’ issuance of a “John Doe” summons on a U.S. law firm that allegedly advised clients to create and maintain foreign bank accounts and foreign entities that may have been used to conceal taxable income. While the law firm made a blanket assertion that attorney-client privilege covered all its files, the judge found that this blanket assertion didn’t meet the law firm’s burden to stop the enforcement of the summons. The law firm will have one more chance to prevent the production of client files but will be required to do so on a document-by-document basis.

What Does This Mean?

The service of these summons on U.S. banks is a reminder that the exchange of information between the United States and other countries isn’t a one-way street.

That said, there’s some limited automatic exchange of information between the United States and certain countries. Pursuant to numerous intergovernmental agreements signed in connection with the implementation of the Foreign Account Tax Compliance Act, the U.S. Department of Treasury and the IRS have determined that there should be an automatic exchange of information with a number of countries concerning the U.S. deposit accounts held by nonresident individuals. Generally, if $10 or more of interest income from a deposit account is paid to a nonresident individual who isn’t a citizen of the United States, the U.S. payor is required to file an information return with the IRS for the calendar year in which the interest is paid. If such interest is considered paid to a resident of one of the countries identified as eligible for automatic exchange of information, then the reported information would be exchanged by the U.S. authorities. Notably, Finland is one of the countries that’s eligible to automatically receive such information.

While the United States hasn’t implemented the Organization for Economic Cooperation and Development’s Common Reporting Standard, the United States does in fact cooperate with other countries seeking to identify individuals who use U.S.-based accounts to evade their home country’s tax laws. However, the information exchanged by the United States is significantly more limited than the information received. Current U.S. law doesn’t require U.S. financial institutions to collect the information that would allow for a more reciprocal arrangement, nor would current law authorize the IRS to automatically exchange such additional information.

As noted above, the IRS actively maintains a list of jurisdictions with which it considers appropriate to automatically exchange information on U.S. deposit accounts that pay interest to non-U.S. individuals, and the IRS regularly adds new countries to this list. Further, the IRS and DOJ have shown a willingness to seek and obtain information from U.S. financial institutions at the request of non-U.S. governments and have publicly confirmed this position.