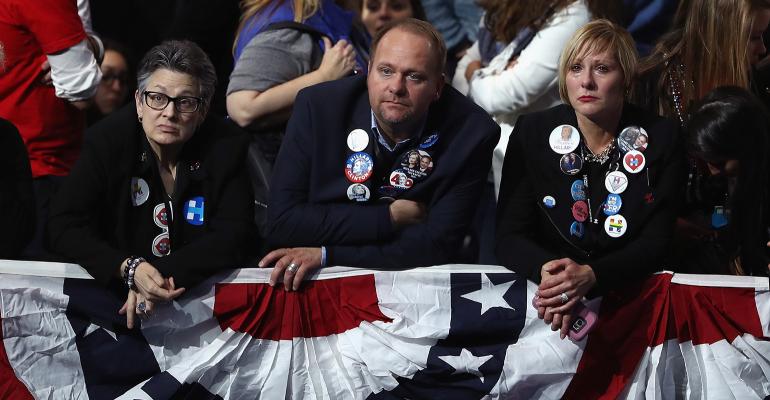 Here are some issues to discuss with your clients who are considering this option.

Since the United States presidential election last month, some U.S. citizens have inquired about moving abroad. How we advise them depends on their objectives. Does the client merely want to live in another country for a limited number of years, or do they wish to permanently resettle? Is the client’s desire to move tax-motivated? Does the client want the flexibility to travel back and forth between the United States and their new country of choice? Here are some of the issues to consider with your U.S. citizen clients when advising them about moving abroad and suggestions for countries where your clients might consider moving.

A U.S. citizen must pay federal income tax on their worldwide income regardless of where they reside. Likewise, a U.S. citizen is subject to estate tax on their worldwide assets to the extent they have a taxable estate. When a U.S. citizen is living abroad, they would also be taxed on income-producing assets or activities in the foreign country. In addition, to the extent that a U.S. citizen is deemed to be a resident of another country for income tax purposes, they would be taxed on income from sources outside of that country of residence as well, such as interest and dividend income and capital gains from U.S. brokerage accounts.

Generally, whether a foreign country considers a U.S. citizen to be a tax resident of that country depends on the number of days per year they're present in that country. Being present in another country for 183 days of the year generally will cause an individual to be considered a tax resident in that country. However, some countries prescribe a lower threshold. For instance, an individual would be considered a tax resident in Switzerland if they stay there for just 90 consecutive days. Moreover, many countries, such as the United Kingdom, will look at the number of days that an individual has been present in their country over a three-year period in addition to just a single year.

Residency for a Term of Years

Let’s look at the options for U.S. citizens who wish to reside abroad for a certain period of time (for example, four years, or possibly eight years). We’re not talking about U.S. citizens who wish to expatriate. From a tax perspective, the least detrimental approaches to doing so would be to: (1) move to a foreign country that has an income tax treaty with the United States; or (2) move to a foreign country that imposes little or no income tax on its residents.

Obtaining residency. The first consideration will be whether and to what extent the foreign jurisdiction will allow your client to live there. There are a few countries that allow an individual become a permanent resident by merely moving there with the intent to remain. However, most countries require an individual to obtain a visa to stay for more than a couple of months. Of course, the type of visa that your client would be eligible for depends on whether they're planning to study or work in the foreign country or would be able to make a considerable investment in real estate or the economic development of that country. If your client is hired as an employee of a company in the foreign country, obtaining a visa should be easy. Alternatively, if your client isn’t planning on working, they’ll likely have to demonstrate their ability to support themselves, though this usually involves significant financial disclosure.

Uruguay, for instance, is a country that doesn’t require a U.S. citizen to obtain a visa to enter the country, and once in the country, your client may request permanent resident status within 180 days of arrival. Your client can obtain residency by expressing their intent to reside there, presenting a health certificate, undergoing a criminal background check and documenting their ability to support themselves by identifying sources of funding (minimum monthly income of $1,500).

Similarly, a Jewish American desiring to immigrate to Israel could do so relatively easily. Every Jewish person is eligible to immigrate to Israel and receive an immigration certificate to obtain Israeli citizenship (depending on meeting certain qualifications).1 As a new immigrant, such individual would be able to reside in Israel without any visa requirements.2 They would be considered a tax resident if they establish a “center of life” in Israel. This is presumed if the individual is present in Israel for 183 days during the current tax year or 30 days or more during the current year and a total of 425 days or more during the current year and the preceding two years. However, it’s still possible to satisfy the facts and circumstances of the “center of life” test without meeting the day count requirement. Moreover, new immigrants aren’t taxed on non-Israeli source income until they’ve been resident in Israel for 10 years.

A client looking to spend less money in exchange for residence might consider a country like Grenada. A U.S. citizen could obtain citizenship in Grenada with a contribution of $200,000 to the National Transformation Fund or an investment of $350,000 in pre-approved real estate. Similar options exist for countries such as St. Kitts and Nevis or Dominica. Although obtaining citizenship in another country doesn’t currently require relinquishment of U.S. citizenship, it’s generally regarded as a step towards expatriation. Accordingly, it isn’t something that your client should take lightly. Ultimately, regardless of where your client desires to live, they should seek the advice of local counsel to determine how long they could live there and under what circumstances.

Income tax consequences of moving to a treaty country. In cases in which the United States has a treaty with a foreign country, the treaty will govern the determination of tax residency and the extent to which the foreign country will tax a U.S. citizen and provide relief from double taxation. Generally, the country where the individual is considered resident will have primary taxing authority, but again, a U.S. citizen will always be taxed by the United States on their worldwide income.

If your client moves to another country and spends most of the year in that country (as opposed to a third country), then under most treaties, a series of tie-breaker tests will apply to determine which country will have primary taxing authority under the treaty. If an individual is considered a resident of the foreign country where they reside, then the treaty will stipulate a reduced withholding rate for certain types of income and will provide for a U.S. tax credit for income taxes paid to the other country on the same income.

For instance, a U.S. citizen who’s a tax resident of Spain would be taxed in the United States on their worldwide income, including income sourced to Spain. In addition, they would be taxed in Spain on income derived from sources outside of Spain by virtue of being a resident there. For example, interest, dividends and capital gains from the sale of securities would be taxed in Spain regardless of the source. However, the U.S. citizen would receive a U.S. tax credit for taxes paid to Spain that weren’t otherwise sourced to Spain, but such credit would be limited to the amount of U.S. tax applicable to such income.

Income tax consequences of moving to a country with little or no income tax. Your client will already be paying U.S. income tax on their worldwide income, so they may want to opt to move to a country that won’t impose its own income tax. A U.S. citizen can become a resident and work in Bermuda by obtaining one of several types of work permits. Alternatively, they can obtain residential status in Bermuda by applying for a Residential Certificate provided they are over the age of 18, of good character and conduct, possesses valid health insurance coverage, free of tuberculosis and can provide evidence of their ability to support themselves financially without having to be employed.3 Bermuda doesn’t have any income tax or capital gains tax or capital transfer tax (although there’s a payroll tax, a land tax on property owners and a stamp duty on conveyances of real and personal property in Bermuda).4

Regardless of where your client decides to move, there are other factors to consider. First, your client will want to ensure that they have health insurance coverage because that’s a prerequisite for long-term stay in many countries. An entrepreneurial client who plans to continue to work after moving will want to ensure they won’t be considered to be doing business in the foreign country because she could be subject to additional taxes on business income and local business regulations in the foreign country. In addition to the issues discussed above regarding income tax reporting, if your client opens a bank or securities account in the foreign country, they would have additional reporting requirements under Report of Foreign Bank and Financial Accounts and the Foreign Account Tax Compliance Act. Importantly, if your client is the beneficiary of a family trust and becomes a tax resident of a foreign country, their residency might trigger reporting requirements and negative tax ramifications in that foreign country.

When exploring their choices, your client will want to: (1) consult with a local advisor in the foreign country regarding obtaining resident status, and (2) have an accountant who can navigate the income tax and additional reporting obligations of both the United States and the foreign jurisdiction. We’ve highlighted only a few countries in this article, but some other countries to consider include: Austria, Bahamas, Costa Rica, Ireland, Malta, Monaco and the United Kingdom.

2. Those who don’t wish to formally immigrate to Israel or those who aren’t Jewish may still reside in Israel, but such individuals would have to obtain a visa and follow other administrative procedures. Ibid.