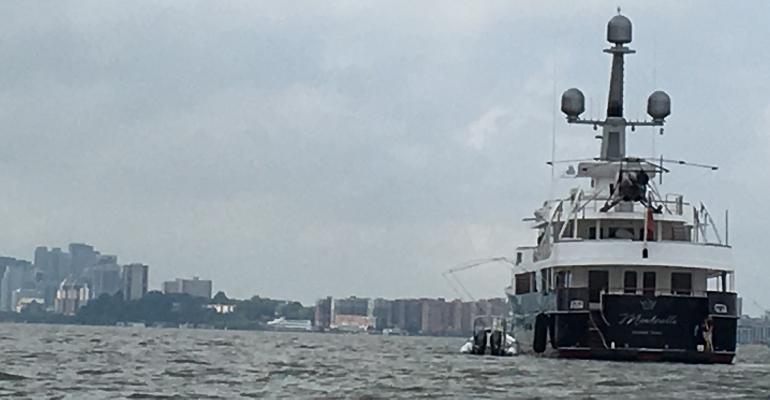 Understanding the UHNW—Through Their Yachts

Got clients in the market for a super yacht? The $20 million Minderella was recently spotted anchored in the Hudson River off New Jersey.

Advisors that serve or want to serve ultra-high-net-worth clients can gain insights through an understanding of the yacht market and keeping an eye out for deals. Take, for example, Minderella, a 188-foot yacht built in 1986 but recently refitted and now for sale and spotted recently at anchor in the Hudson River off New Jersey. It can sleep up to 10 guests in five spacious cabins, perhaps more appropriately called staterooms for their luxury. Among her many other amenities is a multi-seat helicopter named "Glass Slipper."

Originally built in the European yards of Feadship, the vessel recently underwent a multi-million dollar refit Stateside. The asking price is $20 million. Unfortunately, for prospective American buyers, she cannot currently be chartered or purchased in the States as she is registered in the Cayman Islands. That did not prevent her being spruced up by a half-dozen uniformed deck hands Sunday for what must have been prospective buyers, or, at the very least, lucky guests.

There are also applications that can help you identify and even track vessels. A popular online site is Marine Traffic, which can be used for free and shows the position of both commercial and privately owned craft. There is a mobile version of the app available for iPhone and Android that is available for $4.99. Pleasure craft are shown in magenta, and while most will be far smaller than super yachts the site has a convenient search feature if you happen to know the name of a vessel you are searching for. 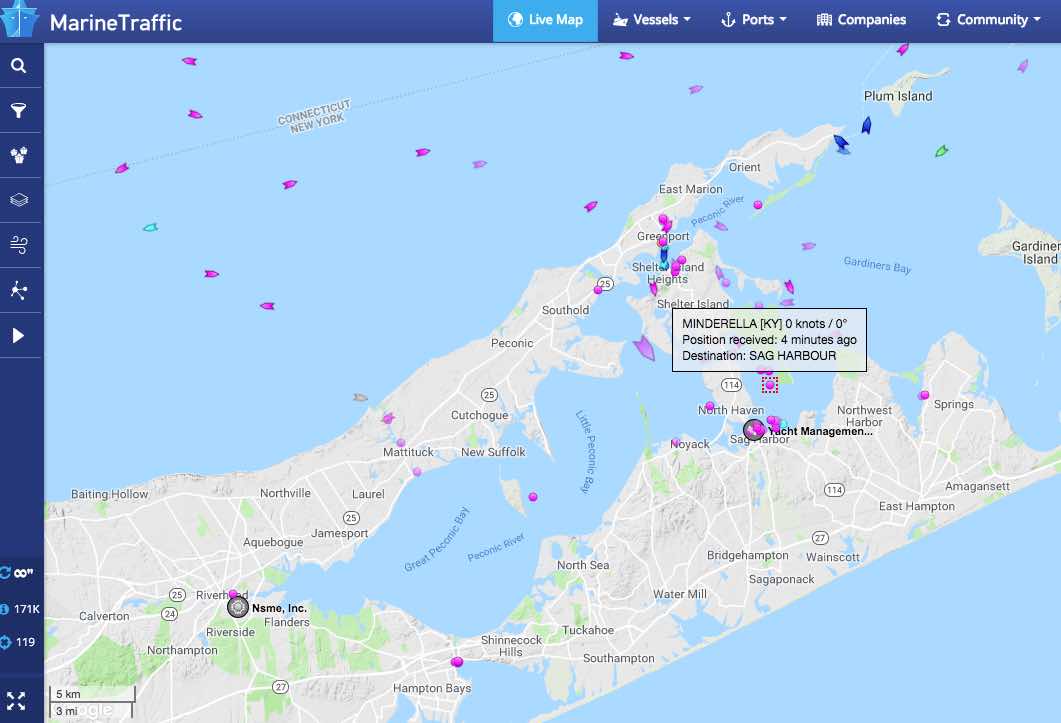 MarineTraffic.com displays the position of registered vessels worldwide. Color coding helps users discern vessel type, while not all are super yachts, magenta indicates pleasure craft. Here we see Minderella has sailed out of New York harbor and is currently near Montauk.

According to multiple yacht broker listings the vessel is currently owned by Glenn Stearns, founder of Stearns Lending and was named for his wife Mindy; the previous (and original) owner was Wendy McCaw, former wife of billionaire Craig McCaw, who made at least some of his own millions after selling, with his family, their mobile phone company to AT&T in 1994 for $12.6 billion in stock.

Writer James D. Walsh recently wrote a humorous piece for the New York Times Magazine that recounts his discovery of the Marine Traffic site, its uses and even his own recent sighting of Minderella at anchor near the Statue of Liberty.