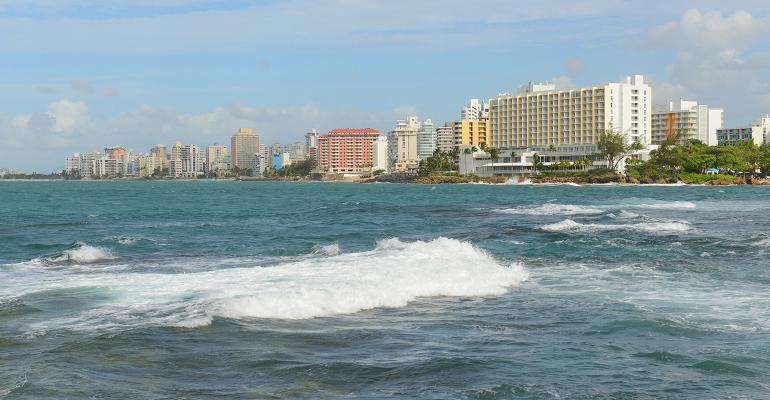 The IRS quietly launched a coordinated campaign in late January to examine individuals who took advantage, starting in 2012, of tax incentives designed to lure high net-worth individuals and corporations to Puerto Rico.

The country’s tax collector quietly launched a coordinated campaign in late January to examine individuals who took advantage, starting in 2012, of tax incentives designed to lure high net-worth individuals and corporations to Puerto Rico. More than 4,000 mainland U.S. residents and firms have moved to the territory between 2012 and 2019, revealing potentially hundreds of millions of dollars in lost tax revenue to the U.S. government, according to an IRS report delivered to Congress.

“The IRS doesn’t start a campaign and not follow through,” said J. Clark Armitage, an international tax lawyer with Caplin & Drysdale. “There are going to be a lot of audits.”

At issue are taxpayers who may have excluded income subject to U.S. tax, or failed to file and report income altogether when they moved to Puerto Rico, according to the IRS notice. The agency is also targeting those who claim to be bona fide residents of Puerto Rico but may be “erroneously reporting” U.S. income to evade taxes.

The IRS’s push is taking place as Biden’s proposed tax increases have triggered moves by America’s wealthiest from high-tax states like New York and California, while hedge funds like Izzy Englander’s Millennium Management and ExodusPoint Capital Management have moved to establish subsidiaries on the island. An ExodusPoint spokesman declined to comment, while a representative for Millennium did not respond.

It also comes amid a wider crackdown by the Treasury Department, which recently released estimates showing wealthy taxpayers as a group are hiding billions of dollars in income. Treasury Secretary Janet Yellen has previously warned that if left unaddressed the tax gap could grow to $7 trillion over the next decade.

“One of the purposes of a campaign is to stop whatever fraud is going on while you’re doing the investigations and audits,” said John Koskinen, former IRS commissioner for presidents Donald Trump and Barack Obama. “You like to stop people in their tracks.”

Dean Patterson, an IRS spokesman, declined to comment on the campaign.

Campaigns by the IRS often take years to organize, as agents begin to detect factual patterns that indicate a significant loss of revenue due to non-compliance. In the case of Puerto Rico, much of the focus will be on establishing whether individuals are truly island residents and whether they properly sourced income to Puerto Rico.

Unlike previous IRS efforts, the campaign’s origins began in Congress after lawmakers requested a report from the agency in their 2020 appropriations bill over concerns Puerto Rico’s tax laws may be enabling tax avoidance and that federal and state governments were being shorted revenue.

“Every revenue authority everywhere is facing the same issue of needing to find an efficient process when there are fewer resources and budget constraints,” said Sharon Katz-Pearlman, global head of dispute resolution and controversy for KPMG.

The IRS’ report to Congress calculated that more than 1,924 applicants—corporations, LLCs, partnerships, and other types—had been granted tax benefits under the Exports Services Act (formerly known as Act 20) as of March 2020 based on partial information provided by Puerto Rico. Act 20 offers entities a 4% corporate rate on business income and 100% tax exemption on dividends. That provision along with the Individual Investors Act have now been consolidated into a new incentive law to attract individuals and investments to the island.

Publicly listed names by the government of Puerto Rico in many instances could not be verified by Bloomberg Tax. Emails to Collins Capital LLC, which appears to have a virtual mailbox in San Juan, were returned twice.

Others, like Atlas Advisors LLC and DSM Partners LLC, appeared to use similar names of more established U.S.-based companies. A representative for Northwest Registered Agent LLC confirmed with Bloomberg Tax that DSM Partners operates in Puerto Rico but could not provide contact information for the company.

“This is obviously a company set up to look like our (legitimate) company,” wrote Jono Tunney, a managing partner at Atlas Capital Advisors LLC, in an email to Bloomberg Tax.

Among other recipients: brokerage firm Fairbridge Capital Market Inc. disbanded its Puerto Rico office in 2016, while Mosaic Investment Partners Inc.— which is still active, according to the government’s corporate registry—could not be reached at its listed number.

Private investment advisory and wealth management firms like Blue Capital Management Inc., which declined comment, and investment firm X-Square Capital LLC, which did not respond to requests for comment, had both set up offices on the island.

More than 2,300 individuals were also granted tax exemptions on passive income, such as dividends and capital gains, under the Individual Investors Act (formerly known as Act 22) between 2012 and 2019, according to the IRS report. Of those individuals, the IRS could identify only 25%—or 647 individuals—who had previously resided in California, Florida, New Jersey, New York, and Texas. They paid nearly $558 million in combined federal income taxes in the five years prior to their relocation to Puerto Rico, representing a fraction of potential loss revenue to the U.S. Treasury’s coffers.

Get Me to Puerto Rico

That trend has continued since the start of the pandemic, with the number of Manhattan residents relocating to Puerto Rico growing by at least fourfold compared to the previous year, according to change of address data from the United States Postal Service.

Between March 2020 and February 2021, at least 82 requests were filed for permanent moves to Puerto Rico by New York City residents compared with only 22 the previous year. Additionally, at least another 11 Manhattan addresses temporarily forwarded their mail during the pandemic to the island. None had done so the year prior.

Lawyers specializing in Puerto Rican tax incentives say they get five to 15 queries a day from prospective clients interested in determining if they qualify for the tax incentives.

Many are day traders without traditional jobs that spend their wealth making trades on stocks, securities, commodities, and cryptocurrencies, earning capital gains that are 100% tax-exempt. Others include investment bankers and hedge fund managers, who either manage funds or provide financial advice to clients, allowing them to earn tax-exempt carried interest.

‘A Lot of Baggage’

Individuals identified by the IRS will have to prove their Puerto Rican residency, a key factor in claiming the tax benefits. Taxpayers must live on the island for a minimum of a 183 days annually every year to be considered a bona fide resident.

Mark Leeds, an attorney who advises U.S. taxpayers on the territories’ tax incentives, says “there’s a lot of baggage” tied to the term bona fide resident in the federal code and can be “a very difficult determination” for individuals. .

Maintaining a residency in the eyes of the IRS goes beyond simply leasing an apartment in popular Dorado Beach. It includes bringing your main possessions, joining local clubs, updating your voter registration status, moving with your spouse, and enrolling your children in the island’s schools.

“You should also try to minimize contact with mainland U.S.,” said Carballo-Irigoyen. “If the IRS were to audit and they look at your life, they have to be convinced this is where you live.”

In its audits, for example, the New York Department of Taxation tries to determine an individual’s “true intentions,” according to a spokesman for the agency. That means a taxpayer providing clear evidence they’ve really moved to another state, including the sale of their home in New York, closing any businesses, and relocating their belongings. Problems arise when people claim to have moved but can’t supply any supporting evidence.

“If you’ve done things right, you have nothing to worry about it,” said Carballo-Irigoyen. “But if you’re playing games, then you need to worry.”

—With assistance from Aaron Kessler.

To contact the reporter on this story: Donna Borak in New York at [email protected]