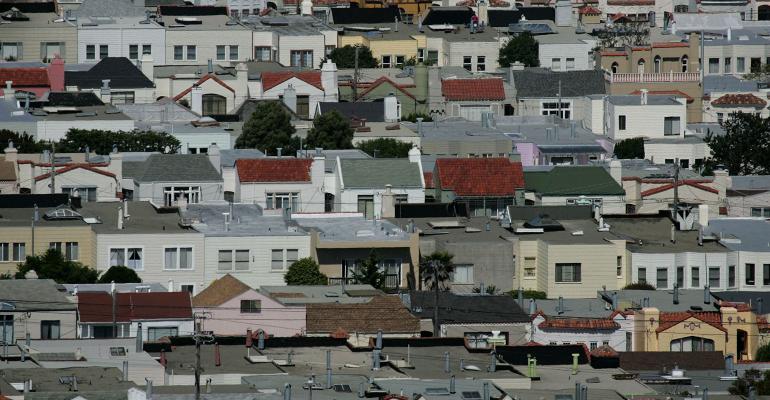 Two Ideas That Can Revive the American Dream

(Bloomberg View) --So far, the conversation around President Donald Trump's housing policy has focused on what he might do with the government-controlled mortgage behemoths Fannie Mae and Freddie Mac. That’s unfortunate, because a few much simpler tax changes could do a lot more for American families.

In the U.S., home ownership has long been an aspirational goal for the poor and a status symbol for the wealthy, but today’s financial realities require different considerations. Ownership can still make sense for lower-to-middle-income households, allowing them to build wealth by accumulating equity in their homes. Many affluent households, by contrast, would be better-off renting, given their ability to earn higher returns on assets other than housing. Oddly, current policies have the incentives reversed.

Once upon a time, buying a home with a mortgage loan served as a form of forced savings, with an increasing part of each payment contributing to home equity that could later be used to fund a child’s education, create a small business or make retirement more secure. That all changed ahead of the 2008 financial crisis, as the mortgage industry encouraged people to treat their homes more like ATMs than like savings accounts. Since the crisis, the combination of an uncertain job market, weak income growth and heavy educational debts has driven younger and lower-income families into rentals. Older folks, for their part, are retiring with less home equity than any other post-war generation.

Meanwhile, for the wealthy, tax policy is making home ownership much more attractive than it needs to be. The mortgage-interest deduction channels the lion’s share of its housing subsidy to upper-middle-class families, and is available only to borrowers who itemize their taxes (a group that typically doesn’t include the poor). It also creates perverse incentives for borrowers to buy more house than they can afford, thus increasing debt rather than savings.

So how can we fix the incentives? One idea: Create a new, tax-free “housing personal savings account.” Similar to a health savings account or the 529 plans that people use to save for college expenses, it would allow prospective home buyers or their immediate relatives to set aside money for a down payment on a first home, or for the upfront cost of a first-time rental.

A second idea: Grandfather existing mortgages and then phase out the mortgage-interest tax deduction and replace it with an “equity principal tax credit,” which would allow people to deduct a portion from their tax bill of the amount of principal that they paid down each year. As opposed to the interest deduction, which encourages people to take on more debt (often for frivolous purchases), this would create an incentive to build savings and get out of debt. The credit could be progressive, helping make upward mobility possible for even the least affluent: A family that made a 20 percent down payment (accumulated with the help of the housing savings account) would get an immediate and substantial tax benefit. It could also be used to coax people nearing retirement to pay down principal as quickly as possible.

Taken together, the two programs would significantly increase the number of first-time home buyers with larger down payments, reducing the risk of defaults and potentially lowering mortgage rates. By creating incentives to get out of debt quickly, they might also reduce demand for the 30-year fixed-rate mortgage, allowing the government to reduce its role in the market. No less important, they could enable more Americans to retire in prosperity, without having to rely on government safety-net programs to make ends meet.

For the first time in decades, we could align the economic goals and realities of households with the best interests of the nation. Isn’t that what the American Dream should be all about?