/sites/all/themes/penton_subtheme_wealthmanagement/images/logos/footer.png
Recent
Recent
Seven Tips to Help Financial Advisor Firms Protect their Customer Lists
May 20, 2022
Nine Must Reads for the CRE Industry Today (May 20, 2022)
May 19, 2022
Dondero’s NexPoint Targets More Than $1 Billion for New Wager on Single-Family Rentals
May 19, 2022
SEC Judges’ Constitutional Cloud Darkens After Appeal Ruling
May 19, 2022
Featured
The 10 Best and 10 Worst States in Which to Retire in 2021
Jul 15, 2021
Poll: 15 Classic Books on Investing and the Markets
Apr 03, 2020
Fifteen Must-Listen Business Podcasts for Advisors
Aug 14, 2020
Celebrity Estates: Jay Leno and Planning for Classic Car Collections
Feb 22, 2022
Wealth Planning>High Net Worth 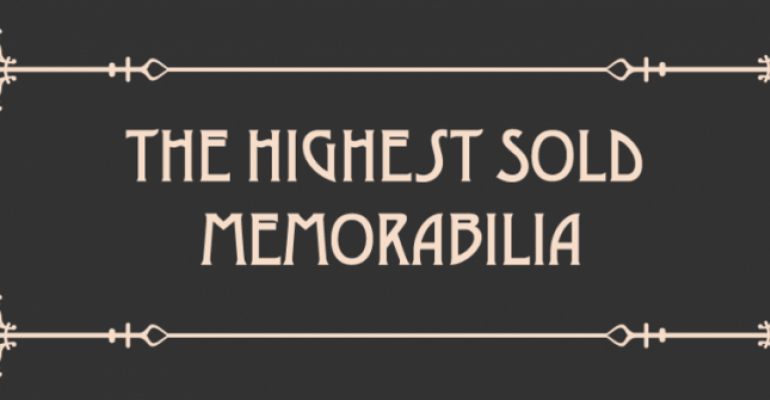 As the boomer generation came of age, the memorabilia market exploded, driven by the force of the generation's collective nostalgia.

Seemingly mundane items have fetched astonishing prices at auction simply because of their appearances in sports and pop culture.

Whether such investments have similar staying power to, say, fine art remains to be seen. As generations come and go, so too do the objects of their nostalgic desires, after all. With Generation X and then the millennial generation coming to the fore, a whole new slew of items might become suddenly relevant—and valuable. For now, however, the list is dominated by boomer-era treasures.

From Marilyn Monroe to Honus Wagner to the Maltese Falcon, here are the 23 highest gavel prices for pieces of memorabilia.

This gallery is adapted from the original infographic on PlayNJ.com.