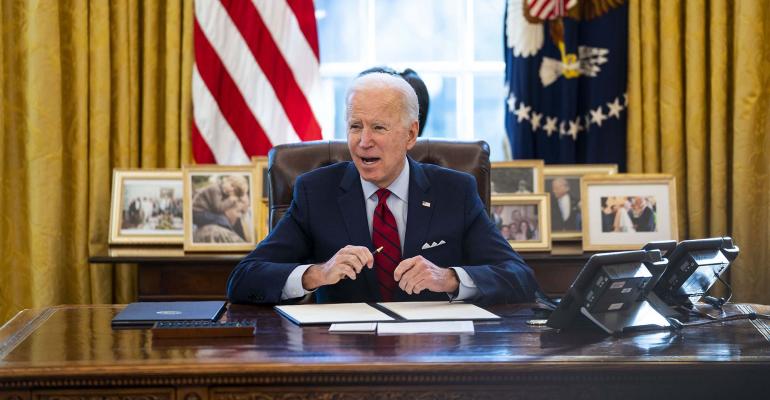 Start Slideshow ›
A new administration means new priorities. President Joe Biden and the Democrats looked at targeting the rich with their tax proposals.

The ongoing saga of the Build Back Better Act, and its potentially massive implications for clients' taxes, is one of the most hotly followed dramas of the year for advisors.

The ever-shifting bill and the byzantine machinations that are being employed to potentially push it through with a slim Democratic majority has already experienced enough twists and turns to make it look like something out of a Hollywood movie.

From the on-again, off-again reduction of the gift and estate tax exemption, to the splitting of the proposal into two separate bills, all they way up to the most recent development: Senator Joe Manchin's (D-WVa.) apparently killing the bill entirely just before Christmas, advisors could be forgiven for suffering from tonal whiplash.

That same uncertainty comes through in our coverage. As the story twists and turns and the goalposts move, you can see our commenters vacillate from warning of the massive potential tax impact of the proposal to dismissing the whole affair as a big fat nothing burger and everything in between.

Here are our top stories of the year on President Joe Biden's attempt to push through his landmark legislation.