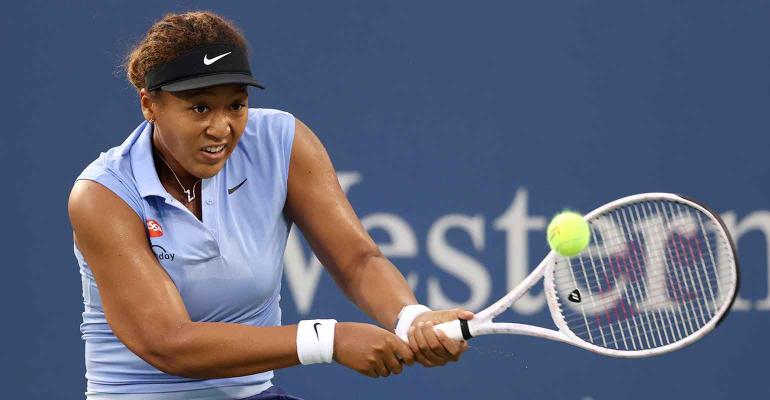 The 23-year-old has shown a willingness to wager her own money in ways other tennis stars rarely do this early in their career.

(Bloomberg) -- Add tennis superstar Naomi Osaka to the ever-expanding list of the crypto-curious.

The growing rage around cryptocurrencies has captured the attention of the defending U.S. Open champion, who’s been exploring where she can invest in the space. Part of her interest was spurred by all the noise around Dogecoin, the digital token that became famous for being the first memecoin to start out as a joke.

“I was actually just talking with my agent about cryptocurrencies,” Osaka said in an interview last week. “I know that online, everything is getting bigger. I remember reading about Dogecoin … there’s going to be something new and interesting that’s going to pop up.”

Osaka said the continuous stream of conversations around Dogecoin, especially on her Twitter feed, stoked her interest even before her agent approached her with the idea to invest.

The 23-year-old has displayed a keen business sense and a willingness to wager her own money in a way other tennis stars rarely do this early in their career. That includes investments in salad chain Sweetgreen and the North Carolina Courage—a women’s professional soccer team. She also unveiled her own nonfungible token (NFT) last week.

“As athletes, our career isn’t that long, and so I just like being very smart with it,” Osaka said. “I like when my agent tells me there’s opportunities. And in a weird way, I like to fail a little bit because it makes you understand what didn’t work and why.”

What about the stock market Reddit bandwagon that’s lit up internet forums over the past year? “My boyfriend really loves to wake up in the morning and check his stuff,” Osaka said. “I’m personally not a person that does that, but I can see the appeal.”

Osaka has quickly shot up the ranks of the all-time highest-paid female athletes, as her Grand Slam success and a willingness to speak up for social justice causes have also attracted brands seeking partnerships.

She spoke at an event promoting the Swiss watchmaker TAG Heuer, which signed her as a brand ambassador earlier this year.

Tennis players have frequently been sought out to drive interest in high-end watches: Roger Federer has long been associated with Rolex; Novak Djokovic paired up with Hublot before this year’s U.S. Open; and Rafael Nadal is known for playing matches wearing his Richard Mille—a brand whose prices can top $1 million.

Osaka is back at a Grand Slam event after pulling out of the French Open and Wimbledon earlier this year. After her withdrawal in Paris, she announced she’d suffered long bouts of depression. Osaka, who’s won a Grand Slam tournament in each of the last four years, said she wouldn’t mind turning off all the attention once in a while and going incognito. “I like to people-watch, and so I just like to walk around,” she said of what she’d like to do if she ever got time in New York. “I love Bryant Park, so I get a tea and sit there for a couple hours.”

On Monday she returns to the grandest stage in tennis, kicking off her title defense with a first-round night match in Arthur Ashe Stadium, which will once again welcome the city’s tennis fans.

To contact the author of this story:
Sridhar Natarajan in New York at [email protected]