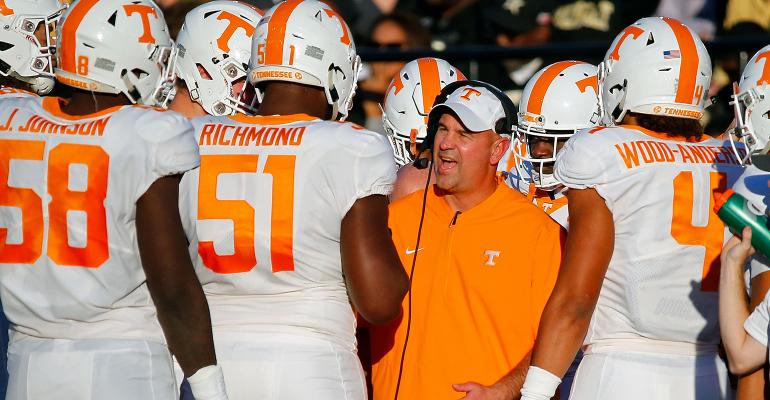 Jeremy Pruitt is preparing his players for life after football.

Jeremy Pruitt, in his second year as head coach and coming off a 5-7 record, invited a financial advisor to practice recently as the team is gearing up for the fall season.

Pruitt, who played two seasons as a defensive back for the University of Alabama, said the meeting was one of many he scheduled for the team to prepare his players for life after football.

“We have had a lot of really good speakers that have come in this camp,” Pruitt told USA Today. “We try to have one every single night. It is all about education for our student-athletes. We have had one on how to treat the opposite sex, how to be a great leader, getting the proper amount of sleep, drugs and alcohol."

Pruitt said it was important to him to teach the student-athletes about money because he remembered when he was in college credit card companies were on campus preying on students offering cards with 28% interest.

The issue of financial planning is especially of concern for those seeking to become professional athletes. According to a 2009 Sports Illustrated article, 78% of NFL players file for bankruptcy or face financial hardships within two years of retirement.

Tennessee begins its season on Aug. 31 against Georgia State.