Ten of the Most Expensive Belmont Stakes Winners 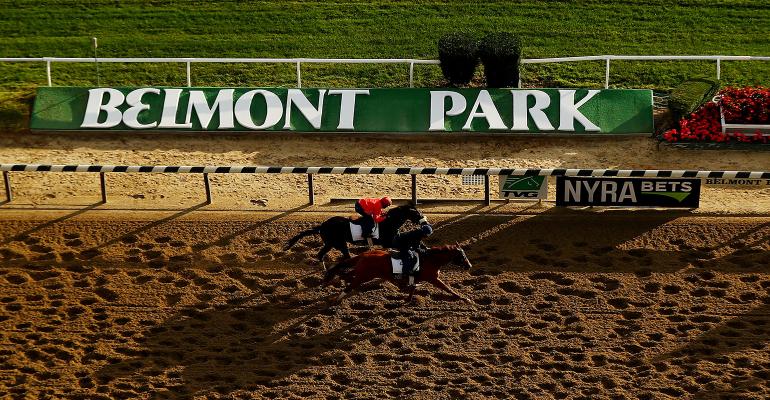 Saturday’s race will mark the 150th running of the Belmont Stakes.

Perhaps it’s kismet, then, that this milestone edition of the race, which represents the final hurdle to win thoroughbred racing’s coveted Triple Crown, features one trying to accomplish just that with trainer Bob Baffert, who also handled the last Triple Crown winner, American Pharaoh, in 2015.

Justify enters the race with 4-5 odds (at time of writing) of succeeding in this quest. Since 1932, 30 horses have entered the Belmont having won the first two legs (Kentucky Derby and Preakness Stakes), but only 10 have managed to finish the job.

Justify fetched $500,000 at auction when he was a yearling, but there’s actually a fairly negative correlation between a horse’s purchase price and his odds of winning the Triple Crown—Justify is only the fourth horse bought for more than $500,000 to win even the first leg, the Kentucky Derby. In fact, despite rising overall auction prices, most Derby winners since 1980 were bought for $50,000 or less.

Interestingly, despite its relatively lower profile, Belmont Stakes winners historically buck this trend and have generally been more expensive than those of the other two legs. Though the buyers have no idea what a horse will achieve at the time of purchase, this paradigm seems appropriate, given that Belmont is ultimately where Triple Crown winners are crowned.

Here’s a list of 10 of the most expensive Belmont Stakes winners to sell at auction (by descending price):

Prices and statistics gathered from The Daily Racing Form and Horse-races.net.