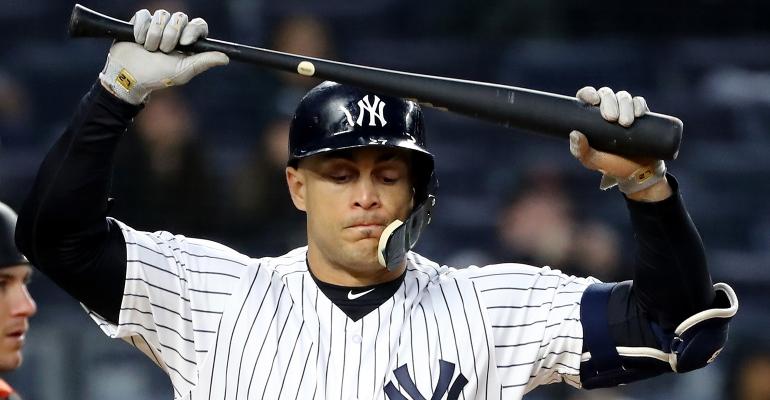 It is all but inevitable that any change to the tax code will work to the benefit of some and the detriment of others. Among the recently publicized casualties of the Tax Cuts and Jobs Act of 2017 is a tax benefit formerly enjoyed by sports franchises. Since few businesses mine the tax code for benefits more effectively than the professional sports teams, there is little need for them to fear a major change to the sports economics landscape as a result of this new tax inconvenience.

Historically, the IRS offered businesses an opportunity to defer taxes on certain gains by utilizing a provision known as a 1031 Exchange for Like-Kind Property. A 1031 Exchange is essentially the trading of Property X for another property of the same nature or function, either by way of a direct exchange or through the selling of Property X and subsequent purchase of the new property within a certain pre-determined and designated time frame. A business that executed such an exchange was allowed to simply roll any gain on the original property into the cost basis value of the new property, pushing tax consequences into future tax years. In theory, the process could be continued indefinitely.

Prior to the passage of the tax reform legislation late in 2017, almost any business could claim a 1031 Exchange tax deferral on almost any kind of property, as long as the exchange satisfied the “like-kind” criterion. The new law allows like-kind exchange tax deferrals only for real estate transactions, primarily the purchase and sale of land and buildings, also known as sales of real estate held for productive use in a trade or business or for investment. This is very unhappy tax news for other industries in which property tends to gain value over time.

Why Are Changes in the 1031 Rules Significant for Sports Teams?

Technically speaking, sports franchises don’t trade players: they trade players’ contracts. Depending on how the players have performed since signing those contracts, the contracts may be significantly more or less valuable than they were when first drafted. As a result, any trade could result in a team realizing a taxable gain. In the past, however, the resulting tax consequences were readily deferrable, since a swap of players’ contracts was virtually a dictionary definition of a like-kind exchange.

Under the new law, gains or losses must be carefully calculated and reported for every trade, which will be no mean trick since two franchises might value the same contract differently. Different valuations between trading teams could lead to more IRS scrutiny via audits and tax court litigation, and a resultant campaign for contract value standardization.

What Other Tax Benefits Remain in Place for Sports Franchises?

Some really, really big ones, actually, which is why the loss of 1031 Exchange tax deferrals may well prove to be relatively inconsequential for sports economics. For those mining the sports industry for whopper tax breaks, depreciation and amortization (the first term applies to physical assets, the second to intangible assets) represent the mother lode, a vein so rich it makes a 1031 Exchange seem like the tiniest speck of gold dust.

The RDA Write-Off for Player Contracts

In the abstract, a player contract should eventually lose value, because the player’s skills will diminish and he or she will contribute less to the overall value of the franchise. Team owners skillfully arguing this case to the U.S. Treasury in the mid-1900s eventually won from the IRS the Roster Depreciation Allowance, which allowed owners to depreciate (technically “amortize”) the value of contracts over five years. Since depreciation is reported as a loss, tax savings were often substantial.

After a couple decades of wrangling, the IRS capped the portion of the team’s purchase price that could be attributed to contracts at 50 percent, keeping the five-year depreciation time period. Exceptions were allowed, but securing an exception required extended lobbying. That is how things remained until 2004, when Congress stepped in and lobbed a massive sports industry tax break right over the middle of the plate.

A short time frame for depreciation favors taxpayers, but the 50 percent cap on the RDA stuck in the craw of team owners for decades. Other industries can amortize the value of almost all of their intangible assets, they argued, so why are we only allowed to amortize contract values, and why can’t we decide for ourselves what portion of a team’s value those contracts represent? With the American Jobs Creation Act of 2004, Congress threw open the door for teams to amortize virtually all of their intangible assets over a standard period of 15 years (a few intangible assets do remain out of bounds for amortization, including arena leases). The law change was a huge win for professional sports teams. Yes, 15 years is a considerably longer depreciation period than five, but “virtually all” is a whole lot more than 50 percent.

Except for the few franchises that own the stadiums or arenas in which they play, most sports teams possess relatively few tangible assets: team gear, workout and video study equipment, perhaps a team bus. That means that the overwhelming majority of the value of a franchise lies in intangible assets, and the overwhelming majority of those assets can now be amortized over 15 years. Several franchises have already crossed well beyond the 90 percent barrier with regard to the portion of the team purchase price they are amortizing away as losses, and it’s reasonable to expect that number to continue creeping upward. In almost all cases, the reported losses greatly exceed the teams’ yearly revenue, enabling franchise owners to use those losses to offset profits and gains from other business ventures. The resulting tax savings climb well into the 10s or even hundreds of millions of dollars.

The Strange Math That Turns Losses into Gains

The crazy thing about all this is that the decline in the value of a franchise’s intangible assets is almost entirely mythical. Sports teams manifestly do not depreciate in value; they are nearly always sold for far more than the last purchaser paid. This reality underlying the myth means that owners who claim amortization and depreciation tax benefits face potentially enormous capital gains taxes upon selling a team. Yet all savvy taxpayers know that accepting a potential future tax liability in order to enjoy a present-day tax benefit is a winning trade every time.

As a result, sports team ownership is now more attractive than ever, which in turn drives franchise values further skyward.

Certain truths in the financial world outweigh any present-day trend. Buying a stable, profitable sports team remains a better decision than wildly overpaying for a franchise on the skids solely for the potential tax benefits. Still, reaping huge tax savings from a business is always a bonus, and sports team ownership can deliver those savings in spades.