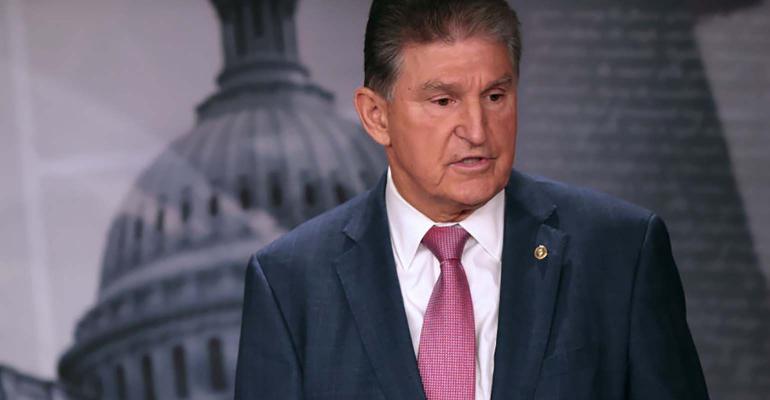 “Planning has been put on hold, because no one knows what the rules of the game are.”

(Bloomberg) --A tax year that just months ago was set to end with a frantic scramble by wealthy Americans to complete moves averting the biggest tax increases in a generation is instead concluding with a cloud of confusion.

With President Joe Biden’s signature tax-and-spending bill bogged down in wrangling among congressional Democrats and punted until next year, tax advisers are at a loss for how to guide their rich clients. That’s after they for months had counselled individuals to be ready to post more income in 2021, before the tax changes took effect. Now, the shape of the overhaul and the date of effectiveness are in doubt.

“Planning has been put on hold, because no one knows what the rules of the game are,” Mike Greenwald, a partner at accounting firm Friedman LLP, said. “There is no understanding of how the game is played. There are real business decisions that people need to make.”

Biden’s Build Back Better plan, which has passed the House but is stalled in the Senate, calls for changes including:

Many of the measures were slated to take effect at the start of the new year, but with congressional deliberations continuing and no guarantee on how long it could take for final passage -- or on the bill passing at all -- it’s nearly impossible to predict what will ultimately end up proving operative from Jan. 1, 2022.

Even lawmakers themselves aren’t sure whether they will make the bill retroactive to the start of 2022, or change the effective dates to apply only from the date of passage.

Senate Finance Committee Chairman Ron Wyden said he’s been talking with tax professionals who have concerns about the timing of the bill.

“When we have something to say, we will say it,” he said. “We still have work to do, and I’m very much aware.”

Advisers are telling their clients to make decisions based on the current tax code. After suggesting, earlier in the year, potentially selling assets before higher taxes kicked in, many now say to only make those moves if it’s part of a long-term strategy and not to base decisions on what Congress may or may not do.

“We know what the law is now,” said Tim Speiss, a tax partner in EisnerAmper’s Personal Wealth Advisors Group, adding that making legislation retroactive “doesn’t happen very often,” historically. “Anytime you’re suggesting to pick up income early -- especially if they’re not getting any cash -- that’s a tough discussion,” he said, alluding to scenarios including the recording of stock options. “It’s now mostly ‘let’s wait until 2022.’”

One of the most pressing tax issues for Democrats to sort out is an expansion of the SALT deduction, a key political priority for many lawmakers representing high-tax locations in New York, New Jersey and California. Senate Democrats are debating how to make the write-off, currently capped at $10,000 per taxpayer, more generous. But lawmakers disagree about how high up the income scale it should be available.

The House version of the bill calls for lifting the cap to $80,000 regardless of annual earnings, effective from 2021 -- meaning that taxpayers could claim the deduction on annual returns they file the coming spring. However, to do that, the Senate would need to move quickly to make that deduction available for the filing season, which typically runs from late January through April 15.

Congress can change the rules mid-season -- or even after the deadline -- but that would likely create an administrative nightmare, requiring taxpayers to complete amended returns or put pressure on the Internal Revenue Service to proactively process refunds for those taxpayers.

For those who do want to make year-end tax moves, it’s best to stick with “tried and true” strategies that will be beneficial no matter what Congress does, Alvina Lo, the chief wealth strategist at Wilmington Trust, said.

Among them, she says:

“What you have to do as an adviser is to be the steady hand -- do not allow clients to get the headlines into their heads and panic,” Lo said. “No matter what the law becomes, I do feel that we will be able to properly plan for it and around it when the time comes.”