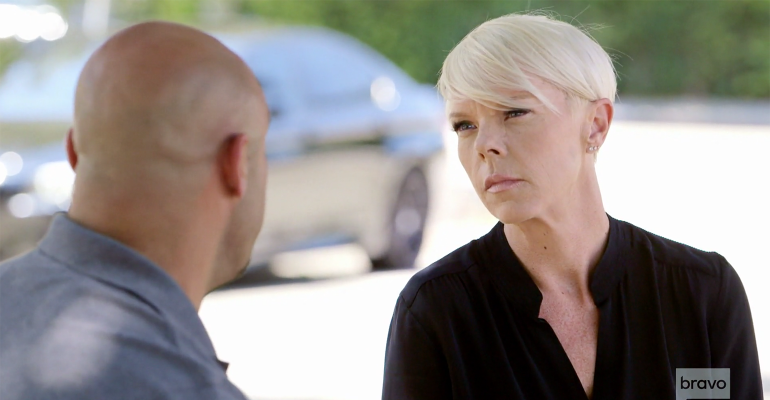 From a recent episode of reality TV show, Relative Success with Tabatha, advisors can learn a lesson in the way she encourages the family to address their complex problems.

I was recently watching the new reality show, Relative Success with Tabatha, and I unexpectedly found myself facing a situation that I’d never anticipated: A blended family was addressing major estate planning and intergenerational issues, with the help of a hairdresser, on Bravo TV.

For those who don’t keep up with the ever-shifting reality show tides, Tabatha Coffey is a bluntly spoken Australian hair salon owner who, through the bizarre machinations of reality television, now hosts a show where she helps family businesses overcome their issues and find success. If you picture a less profane, female Gordon Ramsay, you’re in the right ballpark.

The episode centered on the Bogosian family, who is running the wholesale/retail jewelry business of the recently deceased patriarch Michael Bogosian into the ground. This blended family neatly divides into two factions: The children from Michael’s first marriage, Brian (head of marketing and sales) and Matthew (no longer involved in the business), who grew up alongside the business; and widow Aida (who runs things) and her two children Arthur (shop worker) and Michael (in charge of social media), who grew up comfortably after the business was already flourishing. (Any other mention of Michael below refers to the son.)

Tabatha’s intervention is not terribly complicated, but informatively effective. She calls a series of family meetings so that everyone can air their grievances, gives everyone very general individual assignments to push them in the right directions and mostly gets out of the way.

Through these meetings, we and the Bogosians get a pretty clear picture of what’s gone wrong. Aida, even when her husband was alive, resented his two sons from the first marriage and favored her own, to the point of pushing one-time vice president of the company, Matthew, out of the business completely because she felt her own children weren’t getting their due.

Her children, particularly Michael, weren’t terribly interested in the business and would rather pursue their own interests. Meanwhile, eldest son Brian has stepped up to try and manage the store, but Aida resents him because he’s not his father. He’s also doing a lousy job because he’s overwhelmed. Brian complains about his brothers not helping him shoulder the burden and blames their largesse on their comfortable upbringing. Meanwhile, Arthur is eager to learn, but nobody is taking the time to teach him.

On top of all of this baggage, there’s still overarching tension among the brothers over a number of emotionally (and from the look of them, monetarily) valuable personal effects of their father that Aida, despite her husband being dead for over two years, has failed to distribute.

The main lesson for advisors to take away from the show is how effectively the family moves to unravel this complicated web, largely on their own, once Tabatha has merely forced them to sit and talk. Aida is forced to face the reality that her natural children aren’t pulling their weight. Brian realizes that his brother Arthur isn’t lazy, just untrained, and the best way to alleviate his own burden is to proactively train him to shoulder some of it. Matthew airs his grievances with Aida and agrees to become more involved in the business again. And, in the end, Aida finally allows the four brothers to each pick a handmade watch from their father’s collection so that they could have something individual to remember him by.

You’ll notice that I left out the youngest Michael. He’s both the least interested in the business and the member of the family that Tabatha handled most poorly. She singled him out in meetings for failing to pull his weight—a fair criticism, but delivered poorly—and attempted to force him to take a more active role in the business, completely ignoring his disinterest. The fact that Michael wants nothing to do with the business is cast as a character flaw. If Tabatha were an advisor, she’d likely have realized that forcing an heir to accept a role in any family enterprise in which they aren’t interested, especially through public shaming, is a recipe for resentment and disaster. Michael should be allowed to assert his independence and be as involved with the family business as he’d like, though some sort of agreement over how much he benefits financially from it should also be worked out so as not to alienate the other brothers who are actively contributing.

Ultimately, advisors can learn from the ways Tabatha encourages the family to address their complex problems. However, her mishandling of Michael should assuage any advisor fears that hairdressers are coming for their jobs.