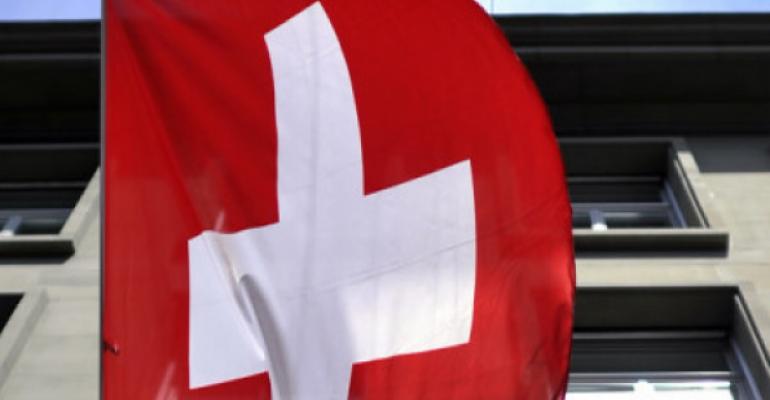 Very wealthy individuals tend to diversify their assets over several regions, and Swiss banks see a role in offering tax-compliant investment opportunities in a stable country with a crisis-proof currency.

Facing a highly competitive and largely saturated Swiss market and sluggish growth prospects in Europe, Swiss money managers are now courting wealthy Americans who might be seeking to invest some of their cash abroad. More billionaires hail from the United States than from anywhere else.

Vontobel, for example, is to buy rival Lombard Odier’s international portfolio of U.S.-based clients with 1.2 billion Swiss francs ($1.21 billion) in assets under management as it expands in the region.

“North America is one of our focus markets in which we intend to achieve above-average growth,” Georg Schubiger, head of Vontobel Wealth Management, said on Friday.

UBS, Switzerland’s biggest bank and the world’s largest wealth manager, has maintained a large U.S. presence even after $780 million in settlements with U.S. authorities over undeclared assets U.S. clients had held with the bank.

It books onshore business for North American clients in offices in New York and across the country, accounting for roughly half the bank’s wealth management business.

UBS, like other Swiss money managers, is looking to court U.S. expats as well. After merging its North American and international wealth management businesses this year, it sees opportunities with U.S. customers living and booking money abroad.

The bank is expected to announce more details at an investor day on Oct. 25.

“As a rule of thumb, you need about $2 billion in managed assets, which is quite a lot for small banks in a single market,” Ralph Kreis, director of consulting firm AlixPartners, said.

Business below that threshold is worthwhile only for institutions focusing on a specific segment or particularly profitable customers, he added.

Many banks have faced challenges in building or rebuilding business with U.S. customers, Kreis said.

Very wealthy individuals tend to diversify their assets over several regions, and Swiss banks see a role in offering tax-compliant investment opportunities in a stable country with a crisis-proof currency.

“Two-thirds of our customers have European DNA. They are Germans, Italians, French or Swiss who are first-, second- or third-generation U.S. citizens.”

Above a certain size, banks need a license from the SEC to be able to offer investment products to U.S. citizens.

“In Switzerland, there are about 40 to 50 firms with this license,” AlixPartners’ Martin Buechel said.

For practical and regulatory purposes, many banks separate their U.S. business into distinct units that operate independently and offer tailored products.