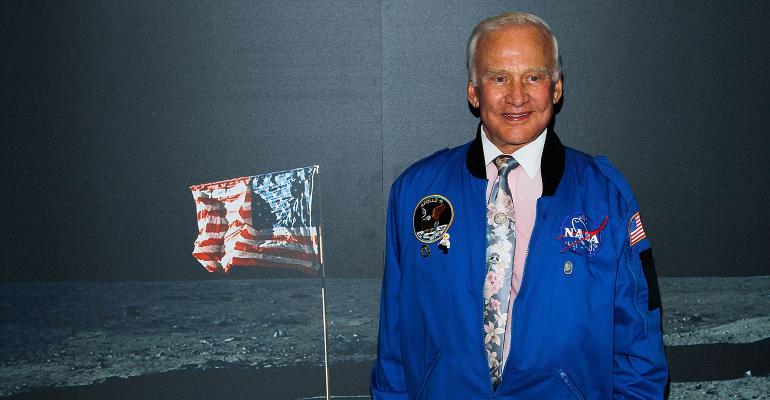 Famed astronaut makes accusations against his family and long-standing manager.

In what’s becoming an unfortunate new norm, another elder abuse case is on our radar.

This time, famed astronaut and second man to walk on the moon, Buzz Aldrin, 88, is suing his children, Andrew and Janice Aldrin, his own foundation and his longtime manager, Christina Korp, accusing them of elder exploitation and slander for telling everyone that he suffers from dementia and Alzheimer’s.

The tangled web of allegations also includes detailed claims of undue influence, fraud, breach of fiduciary duty, among others. Buzz accuses both children and Korp of assuming control of his personal credit cards, bank accounts, trust money and other assets. The suit also states Andrew has repeatedly failed to comply with demands for an accounting of assets entrusted to him.

Buzz’s lawsuit comes on the heels of a guardianship petition filed by Andrew and Janice, seeking to be appointed as Buzz’s co-guardians and citing his alleged cognitive decline and the “alarming growth of Buzz’s increasingly lavish personal expenses.”

According to the Wall Street Journal, in April, Buzz underwent a voluntary evaluation conducted by Dr. James Spar, a geriatric psychiatrist at UCLA, who found that he’s “cognitively intact and retains all forms of decisional capacity.”

Buzz supported that conclusion in an interview with Good Morning America on Tuesday morning. “I’m feeling younger and more energetic really than I have ever been in my life. There is less confusion and more clarity,” he said in regard to his mental health.

A Denial of Claims

In a statement released by the Buzz Aldrin Space Foundation on Tuesday, his children vehemently deny the claims and paint a completely different picture. “The time has come to recognize where the elder exploitation is truly occurring and address the flawed foundation of the lawsuit,” the statement reads in part. It goes on to state that the allegations are “products of the increased confusion and memory loss” that their father suffers and that he’s being manipulated and taken advantage of by “opportunistic agents.” They maintain their position that they’re just trying to protect him and his assets from fraud.

In a separate statement, Korp also denies the claims and shares the children’s belief that some of his new managers are exerting undue influence.

It’s going to take the court a lot of sifting through documents and testimony from both sides to get to the bottom of this case. Three mental health experts appointed by the court are also scheduled to conduct a competency exam to determine the current status of Buzz’s cognitive abilities.

According to Blake A. Rummel, director at Weinstock Manion in Los Angeles, who’s not affiliated with the case, that exam can shed some light on whether Buzz had the capacity to hire an attorney in the first place.

For what it’s worth, it’s been reported that Buzz has had a tumultuous relationship with his children in the past. Despite this, his revocable trust agreement, which was attached to his complaint, names his son Andrew as trustee. “One could consider the appointment of an independent co-trustee if potential family conflict is evident,” said Rummel. Whether this was a shortcoming by his attorney or Buzz didn’t feel such a need existed at the time the trust agreement was written is unknown.

Rummel also notes it’s interesting that the trust was written with various safety net provisions and allows for the revocation of the trustee’s powers, so long as there’s written approval by one of two named friends of Buzz. Buzz, however, went through the trouble of revoking his son’s powers as trustee through a lawsuit rather than simply invoking his reserved grantor’s rights under the trust.