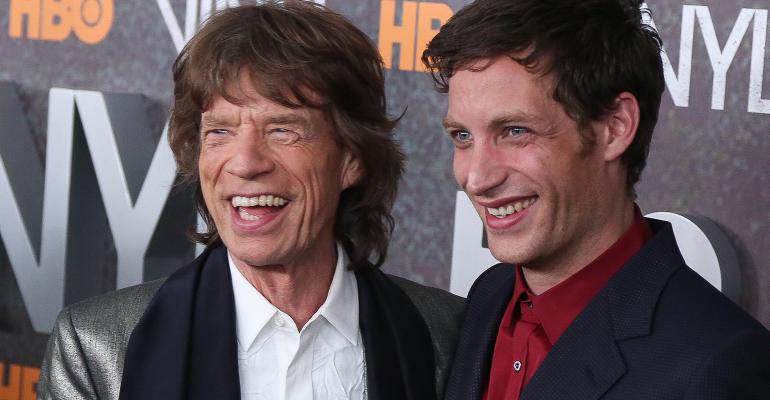 Being a single parent is difficult, regardless of how much money a client has.

Single parents or parents with children from different relationships have: (1) more complex issues than married couples and/or (2) issues that married couples don’t have at all (for example, child support, selection of guardian and concerns about the other parent).

Using examples of some of our most well-known athletes and stars, let’s get some insight and solutions on the issues frequently experienced by these types of clients.

Usually, the mainstream public initially casts a negative light on men and women having children out of wedlock or having children with multiple partners. The media often seizes on any opportunity when things aren’t going your client’s way. In 2012, DailyMail.com called out Evander  “The Real Deal” Holyfield as a “deadbeat dad” for his unpaid child support payments in excess of $550,000, for example.

The press needn’t necessarily be all bad, however. But it depends on what your client is doing. Take Mick Jagger, for example. Reviews about his eighth child are fairly glowing. This positive spin is because he agreed to pay thousands of dollars a month in support and buy a multi-million-dollar home for his child. Obviously, our clients aren’t all in Mick’s shoes, but the takeaway is that there are things clients can do to positively impact their image in the media or their community. They just can’t sit back and let it come to them. They have to engage and turn it in the direction they want.

Another issue that impacts a client’s immediate finances is child support payments. One of the premier cases for hefty child support payments involves former Green Bay Packers wide receiver Antonio Freeman. The standard support guidelines didn’t apply because he was a multi-million-dollar superstar. Instead, the judge used his discretion to determine the support payments needed for Antonio’s daughter to live the lifestyle one would expect her to have if she lived with her NFL dad. To make matters worse, once Antonio got his big contract, he was hauled back into court by the child’s mother to increase his child support payments based on his increased income.

Additionally, the child support payment is just the minimum that’s required. The amount your client actually spends on his child may be far greater. I recently sat down with an NFL player whose payments for his two children exceed $100,000 annually. This is a huge financial burden, whether by choice or not. The numbers just aren’t going to add up at some point. This is one of the many reasons that 78% of NFL players are either bankrupt or in financial distress within two years of retirement, and 60% of NBA players are bankrupt five years after retirement.

Unfortunately, even if there’s a will naming a guardian, this doesn’t guarantee that the individual will become the guardian. It’s possible that single parents might not name the same guardian in their respective wills. To avoid this problem, the best strategy is for your client to have a straightforward conversation with his “ex” and mutually agree on the right individual. Sometimes the answer is just learning to work together as parents.

Though clients can’t guarantee who the guardian might be, they can control who’ll have access and control of the child’s inheritance. Trusts are invaluable when it comes to single parents, as trusts can be used to protect the child both from others as well as from himself.

As discussed above, the individual who becomes the guardian of the child will also have control over the assets left outright to the child while the child is a minor. This often isn’t ideal when the guardian is an “ex” or some other third party. The fear is these people will use the child’s money for their own benefit rather than the child’s.

Additionally, once the child turns 18 (or 21 depending on the state), he’ll gain control of the assets. The concern here is that an 18-year-old with access to a large amount of money may not make the best decisions.

One solution to both these problems is to place the assets in trust for the benefit of the child. This can be for gifts during life or at death. The trustee follows the wishes and instructions of the client on how the assets should be managed and used for the child. The trustee can use trust funds only for the child’s benefit (and no one else). Singer Whitney Houston did this for her daughter, Bobbi Kristina, for example.

When a client has children with different partners, he may want his children treated: (1) equally or (2) unequally. To achieve either result, planning steps must be taken or the wrong result may occur.

The default law is typically that all children are treated equally, regardless of the client’s actual relationship with the children. For example, if the client has two children, one with an “ex” and one with his spouse, and the client wants one child to get 1/3 and the other to get 2/3, the client’s will needs to be drafted accordingly. Otherwise, each child will get 1/2 of the assets. Alternatively, if your client specifically names only one child in his will, the other children will be excluded. This was the case for actor Philip Seymour Hoffman, who didn’t update his will after he had his second and third child. The result was that both were excluded from inheriting any of his estate.

If your client is married or thinking about getting married, that too needs to be carefully taken into consideration. Spouses are usually entitled to 1/3 of the estate regardless of what’s said in the will. Moreover, there’s a presumption that the surviving spouse will favor her child (and not your client’s children from prior relationships), and any amount the surviving spouse receives will be left to her child and not your client’s children. So, if your client wants the children to share equally, she needs to understand that 1/3 of the estate might be given to one child alone resulting in an unequal inheritance.

There are various solutions here. The best is having a prenuptial agreement (prenup) that waives the surviving spouse’s right to 1/3 of the estate. This allows the children to be treated equally under your client’s will without considering this factor.

This is an adapted version of the author's original article in the May 2020 issue of Trusts & Estates.