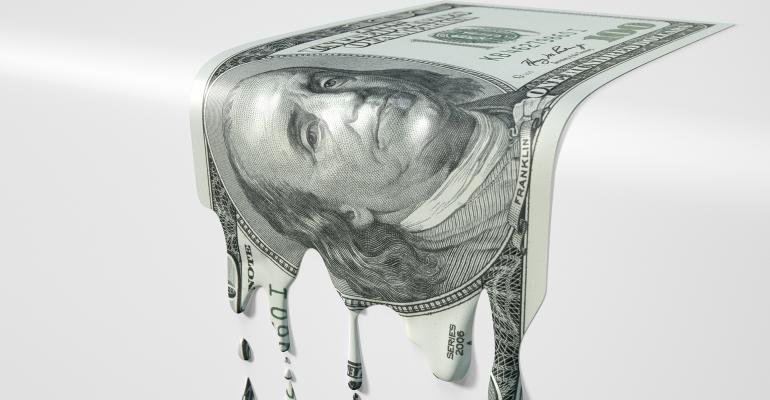 The Second Gilded Age May Be Losing Its Luster

After more than 20 years of nearly unprecedented growth, the billionaire population had a largely stagnant 2015.

According to data collected in UBS and PWC’s Billionaire’s Report for 2016, released on Thursday, what the study calls “The Second Gilded Age” may be faltering. The report analyzed data on 1,397 individuals in 14 worldwide markets over the past two decades. The total wealth of billionaires worldwide fell some $300 billion in 2015 from $5.4 trillion to $5.1 trillion. The group’s average wealth fell by the same amount as well.

The U.S., home to the world’s largest billionaire population (47 percent), was an exemplar of the overall tepid year. The number of billionaires increased, but only by five (that’s people, not percent), and total wealth actually fell 6 percent.

The study attributes the down year to a combination of intra-family asset transfers, commodity price deflation and a strengthening U.S. dollar. Indeed, just how quickly fortunes can change was one of the most important themes that arose from the research, according to John S. Mathews, head of Private Wealth Management and UHNW, Wealth Management Americas at UBS. “The drop-off rate is really remarkable—we created 41 [new billionaires in the U.S.], but 36 dropped off. Before we did this data I would have never expected those types of numbers. I would have thought the sustainability would be much stronger.”

With roughly $2.1 trillion set to go to heirs in the next 20 years, dilution is a real concern. In particular, the research contradicts the old maxim of “shirtsleeves to shirtsleeves in three generations.” It happens much more quickly than that. The study found that of those who lost wealth, the greatest drops actually came as a result of the first transfer, from G1 to G2. Considering that self-made billionaires outnumbered those who inherited their wealth for the first time this year, that's a particularly sobering proposition.

Mike Ryan, Chief Investment Strategist, Wealth Management Americas at UBS, notes that while the reasons for this rapid dilution are myriad, the answer may be simpler. “Quite often, it’s actually a math problem. With dilution, one of the critical components, regardless of what the source of the problem is, is still going to be planning.”

The question of dilution is of particular importance in Asia, where billionaire growth is still strongest, at 7 percent (a rate of one new billionaire every three days). However, this continued strong growth means that most of Asia’s billionaires (some 85 percent according to the study) are first generation, and will have to navigate that treacherous first wealth transfer. Cultural questions further muddy the waters here, as numerous Asian countries don’t embrace the concept of certain wealth planning vehicles, like trusts—though this is somewhat mitigated by increasing globalization and how diversified most billionaires’ assets are. China’s one child policy is another wild card. Will it slow dilution simply by virtue of there being fewer family members to satisfy, or will the relative lack of choice in who will lead the next generation end up crippling more fortunes than it preserves?

Ultimately, the study stresses that there is no need to panic just yet. There was certainly a stall this year, but one year does not a trend make. However, the second gilded age may be beginning to lose its luster.