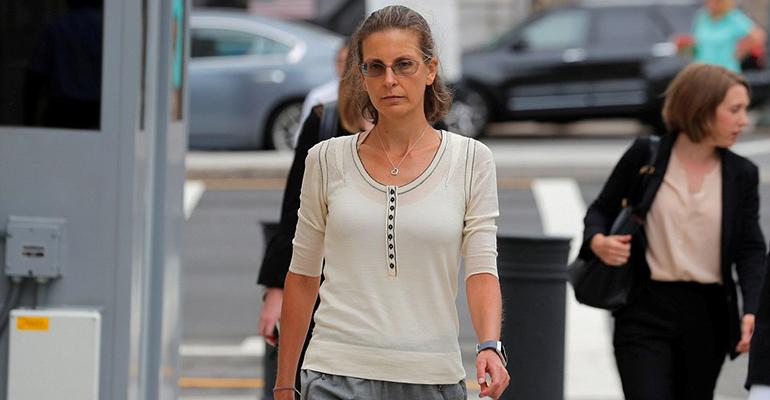 The repercussions of inheriting too much, too soon.

While reading Brook H. Lester’s and Trey Tally’s article in this month’s issue of Trusts & Estates about incentive trusts and fiduciary duty, I wondered why anyone would ever include a moral qualification clause that discontinues trust distributions in the event a beneficiary joins a cult. The odds of a trust beneficiary joining a cult seemed almost laughable to me. That was until yesterday, when news broke that Clare Bronfman, the Seagram’s liquor heiress, allegedly used her family fortune to finance a sex cult.

Bronfman was arrested Tuesday for her role in running the operation. According to investigators, the cult, Nxivm, is a sex-trafficking operation disguised as a life-coaching organization. In the indictment, prosecutors accused Bronfman of scheming to obtain usernames and passwords of some of Nxivm’s enemies so the leader, Keith Raniere, and others could monitor them. She’s also accused of money laundering and setting up an illegal entry into the country.

The New York Post reports that Bronfman initially joined the life-coaching organization in 2002, in hopes that its mentoring could help her quest for a spot on the U.S. Olympic equestrian team. Bronfman, along with her sister, Sara Bronfman, quickly ascended to the top of the organization, largely in part to their contributions—as much as $150 million by 2010. At some point in 2015, the already shady organization branched off into what’s described as a “secret master-slave sorority,” worthy of the 50 Shades of Grey franchise, and also involved in alleged human trafficking. Though Bronfman claims that she was never part of the actual so-called sorority, she’s still accused of aiding Raniere in his criminal dealings, including by bankrolling the entire organization.

Too Much Wealth, Too Soon?

Though we don’t know exactly at what age Bronfman came into her trust fund and just how much of it she has access to, we know that Bronfman, along with her sister, convinced their elderly dad, Edgar Bronfman Sr., to take Nxivm’s $10,000 “V.I.P.” course but he soon “soured on the organization,” according to the Post. In fact, he apparently became estranged from his daughters after hearing that Bronfman had lent Nxivm $2 million, as reported by Vanity Fair back in 2010. The outlet also reported that Bronfman and her sister allegedly “worked to conceal the extent of their spending from their 81-year-old father and the Bronfman-family trustees.”

One theory posited by the Vanity Fair article as to why Bronfman joined and funded the organization was due to underlying family issues with their father, in a desire to build something of her own for the otherwise entitled heiress. It suggests that Raniere potentially took advantage of Bronfman’s emotional rift with her father and manipulated her. The article also mentioned that the senior Bronfman reportedly considered taking legal action to “have his daughters declared incompetent in an effort to protect their assets” and sever their ties with the organization. However, according to an insider, he decided against it out of concern of the stigma that would be attached to the girls in the public eye.

It’s clear that Edgar certainly didn’t fathom that his young daughters may one day end up bankrolling a sex cult with their trust fund. Even when ex-cult member Toni Natalie called Bronfman to warn him to get his daughters out and that the organization is a cult, Bronfman was in denial that his daughters would ever get involved in something of that sort.

Because moral qualification clauses and other incentive trusts are drafted before the fact, it’s hard for a grantor to ever predict or take into account something as serious as this situation. There are, however, as estate planners well know, many other trust provisions that can prevent beneficiaries from coming in to too much wealth, too soon. Unfortunately, this case is just one of the many reminders of why clients should be advised to consider the repercussions of their children inheriting large sums of money at any age.