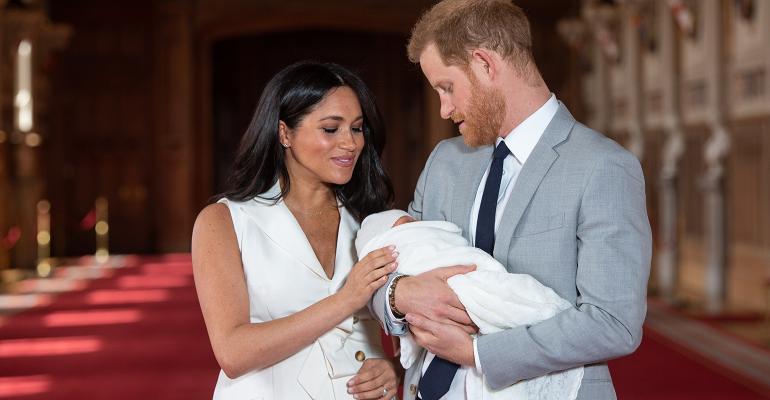 The newborn is automatically a dual citizen.

The United States is virtually the only country that taxes individuals based on citizenship rather than their residency. A child born abroad to a U.S. citizen mother automatically acquires citizenship if the mother was physically present in the United States for five years prior to the birth, at least two of which were after the age of 14. This means that the Duchess of Sussex, Meghan Markle, and her newborn son will both be required to comply with U.S. tax and reporting requirements. Even gifts to the newborn will be subject to U.S. tax. This could be a serious problem for the royal family, who notoriously keeps their finances private.

What May Be Revealed?

Although most children don’t have to worry about filing tax returns until adulthood, some children, particularly royal spawn and children of ultra-high-net-worth individuals, may be subject to what’s known as the kiddie tax—a tax on a child’s investment and other unearned income (for example, interest, dividends) if the unearned income is in excess of $2,200 a year. This scenario is likely for Prince Harry and Meghan’s son, as it’s most probable that the royal family holds and passes down a lot of its assets in trust, some of which the new royal is inevitably set to inherit. Even if a parent is eligible to elect to report the child’s interest, ordinary dividends and capital gains distributions on her return, it would still require disclosing a lot of information that the royals would prefer not to. And, regardless, once the child is older, he’ll have to file a Form 3520, disclosing distributions from his U.K. trusts and certain foreign gifts.

Though the United States and United Kingdom have various tax treaties in place to avoid double taxation, the treaties don’t eliminate the various reporting obligations, for example of foreign bank accounts, once again exposing the royal family to financial scrutiny by the Internal Revenue Service. Luckily for the royals, however, U.S. tax returns are confidential, meaning that any insight the IRS may gain won’t be splashed in the tabloids.

Meghan has indicated that she will file for British citizenship, but as was widely reported, she will follow all protocol to do so, which means she has to be a citizen for at least five years before filing. Furthermore, even if Meghan decides to then renounce her U.S. citizenship, her child (who automatically became a U.S. citizen on birth, even if paperwork to formalize that status isn’t filed) would have to wait until he’s 16 before he’s able to do so (the earliest age when U.S. law deems a minor has capacity to make such a decision).

Renouncing U.S. citizenship has become a trend as of late, with more and more expats doing so each year, balking at their hefty tax bill. According to Charles Kolstad, a partner in the private client, tax and corporate teams at Withers Bergman LLP in Los Angeles, the decision to renounce citizenship could have further implications in the event Meghan one day gets divorced and decides to return to the United States with her child. Charles typically advises expat clients to not renounce citizenship simply in the interest of saving taxes, as implications of doing so can lead to financial burdens down the road if the client decides she wants her citizenship back. Also, he notes that clients going back to their home country after years of living abroad in the United States often have to unwind U.S. trusts to avoid tax implications back in the United Kingdom. This is largely due to the fact that the two countries have different approaches to planning with trusts, and it would likely be a similar situation for individuals returning back to the United States after living in the United Kingdom.