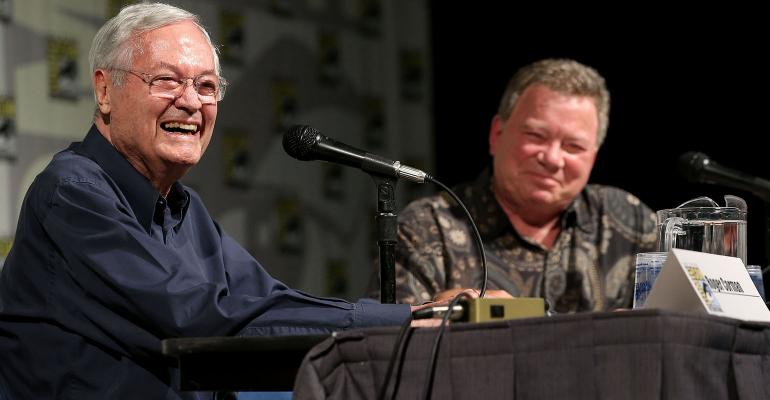 The latest in a long line of estate controversies.

Another day, another estate fight. On March 15, news broke that Shout! Factory and China-based Ace Film HK Limited acquired the New Horizons Picture library from Roger and Julie Corman. The extensive library contains 270 Roger Corman films and TV series, including some of his best-known titles. On Tuesday, less than a month later, Corman’s two sons, Roger Martin Corman and Brian William Corman, filed a lawsuit in Los Angeles Superior Court to recover the transferred property, claiming that the assets belong to an irrevocable trust set up by Corman for his children. The complaint further alleges that both Corman and his wife, as well as the two acquiring companies, knew that the trust owned the assets in question but continued with the deal anyway.

This case isn’t the Corman brothers’ first time at the rodeo. The brothers have filed various other complaints alleging mismanagement of the trusts set up for the benefit of the children. A 2017 lawsuit filed by the brothers claimed that their mother had tried to cut them and their two sisters out of their inheritance by forcing Corman to change several of the irrevocable trusts they had set up for the children. Both that complaint and the current action go into details of alleged verbal abuse by their mother against their father—abuse so extreme that it has caused him physical illness on numerous occasions. According to the 2017 complaint, Julie Corman’s resentment and abuse may stem from the fact that she’s only set to inherit $10 million of her husband’s fortune, with the rest going to the children. If not resolved, “these allegations could eventually result in a will contest on the grounds of undue influence” said Amanda DiChello, a member of Cozen O’Connor in Philadelphia, who is not affiliated with the case.

In 2009, the brothers also filed suit against their parents after they were fired from the family production company for requesting an accounting of trust assets. The brothers had grown concerned about money disappearing from the trust accounts and alleged that Julie Corman had declared the assets as hers and attempted to move some of them offshore to gain greater control. She also allegedly threatened to leave her husband if he were to continue discussing family finances with their children. As apparent to any family advisor, such lack of transparency about family wealth can be a recipe for disaster down the line.

Will the Brothers Prevail?

The Corman brothers’ complaint raises a few questions. For one, Goldman Sachs was appointed as trustee pursuant to a prior settlement (in which Julie and Roger Corman agreed to resign as trustees) but isn’t named a party to the current action. As DiChello points out, “Goldman Sachs, as trustee, has a duty to ensure the protection of the trust’s assets” and therefore would typically be the party to bring the action on the beneficiaries’ behalf.

As far as whether the irrevocable trust actually owns the films, the complaint states that due diligence conducted with the U.S. Copyright office demonstrates that the trust does indeed hold those rights. DiChello believes that “they’re relying on such records as proof, although it’s not entirely clear.”

The Corman brothers’ attorney, Alex Weingarten, a partner at Venable LLP in Los Angeles, is confident in their position on the matter. According to Weingarten, “You can’t sell what you don’t own. It’s unfortunate that we keep having to go back over and over again to force Roger and Julie to undo what they have done.”

Sadly, it seems that the legendary producer has become the star in a real-life family drama script worthy of one of his B-list flicks.