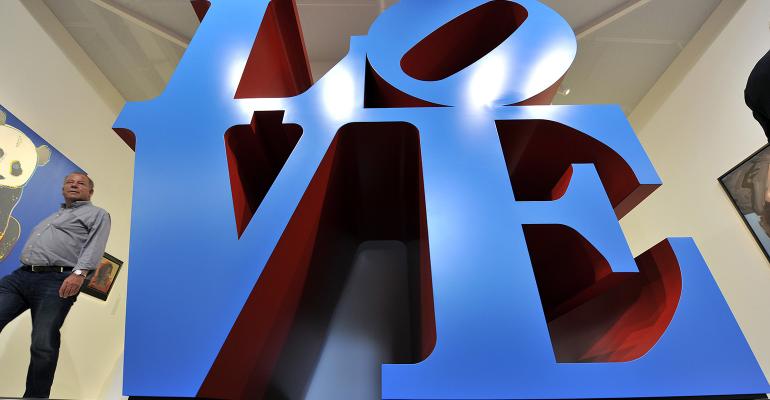 High profile cases continue to draw attention to the reality of potential elder abuse and exploitation of aging individuals by their caretakers. Most recently, a federal lawsuit filed a little over a week ago alleges that artist Robert Indiana, famous for his various “LOVE” sculptures around the world, was allegedly exploited by his caretaker, Jamie L. Thomas, and a New York art publisher, Michael McKenzie, in his final years (Indiana passed away on May 29).

In its lawsuit, which was filed a day before Indiana’s death, the Morgan Art Foundation accuses the duo of multiple counts of trademark and copyright infringement, alleging they had isolated Indiana from the outside world and created, sold and exhibited fraudulent artwork under his name. On top of these allegations, Luka Nikas, an attorney for the foundation, has called on the Maine Department of Health and Human Services to investigate Indiana’s death as a case of elder abuse and is seeking an autopsy to rule out foul play.

In the complaint, the Foundation credits itself with helping to revive Indiana’s flailing career and references two agreements between Indiana and the Foundation that grant it the rights to several of his well-known works. It then alleges that Thomas, who has no art expertise and was merely hired by Indiana to run errands, was assigned power of attorney rights by Indiana and that Thomas and McKenzie worked together to isolate Indiana and sabotage the relationship between Indiana and Simon Salama-Caro, the Foundation’s advisor. The suit goes on to blame McKenzie for “hurting the value and reputation of Indiana’s art.”

The suit wasn’t the first time that elder abuse has been suspected in the case of Indiana. According to the Portland Press Herald, a past publicist of Indiana’s was prompted to file an elder abuse complaint with Maine DHHS after she grew concerned about his isolation. At that time, DHHS investigators visited Indiana on two occasions and found nothing suspicious or inappropriate.

One individual who knew Indiana reportedly told the publication that he’d likely “vote” for Thomas if forced to take a side in the situation, reasoning that Indiana was the type to seek isolation and that Thomas was probably just following the late artist’s orders.

McKenzie also rejects the allegations and says he plans to counterclaim, describing Indiana as a “quite sharp” individual.

Whether the lawsuit will dig up any factual support to indicate that exploitation or elder abuse, in fact, played a role in Indiana’s isolation remains to be seen. Similar publicized cases, such as the alleged manipulation and abuse of famed author Harper Lee, have demonstrated the difficulty in finding any concrete evidence to prove such allegations. In Lee’s case, there was much speculation whether her decision to publish Go Set a Watchman, the much belated follow-up to her iconic To Kill a Mockingbird novel, was a result of some sort of manipulation or duress.

The complexity of proving elder abuse, and the marked increase in exploitation of the aging population, makes the recent finding by a Wells Fargo elder needs survey that conversations about planning for preventative measures aren’t happening all the more daunting. According to the study, U.S. seniors are shying away from discussing potential later life needs, despite their children’s wishes to do so. One particularly troubling misconception is the belief that financial exploitation against them is most likely to come from strangers. In reality, the survey finds that 66 percent of elder financial crimes are committed by family members, friends or even trusted persons.

As Wells Fargo’s Elder Financial Abuse Protection Guide suggests, clients should be encouraged to have conversations with trusted loved ones sooner rather than later and have the proper legal instruments in place, including a will, durable power of attorney and healthcare power of attorney, to prevent themselves from falling victim in vulnerable situations.